Fresh from their fantastic 1-2 finish in the German GP on Sunday, Repsol Honda’s Marc Marquez and Dani Pedrosa were back on track in Brno today on day one of the three-day test. Although the weather was bright and sunny first thing, a heavy rain shower at 11.30am drenched the… read more. 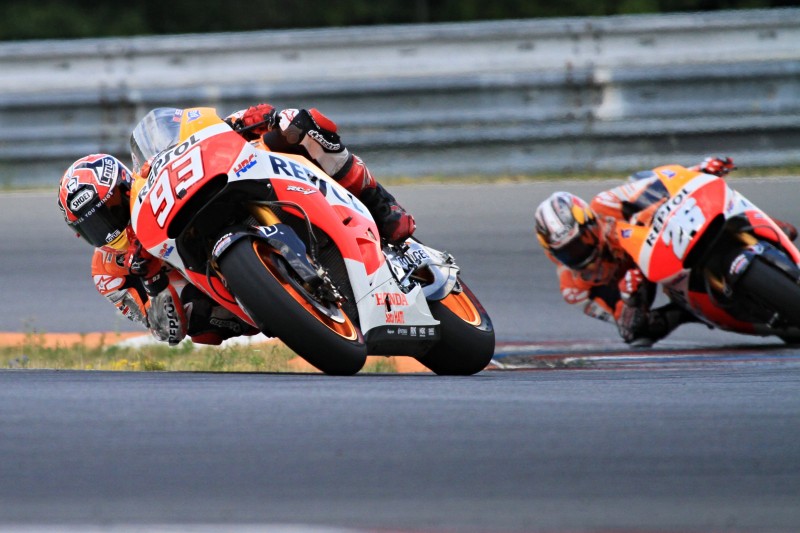 Marquez makes it 9 from 9 with Pedrosa completing Honda Domination 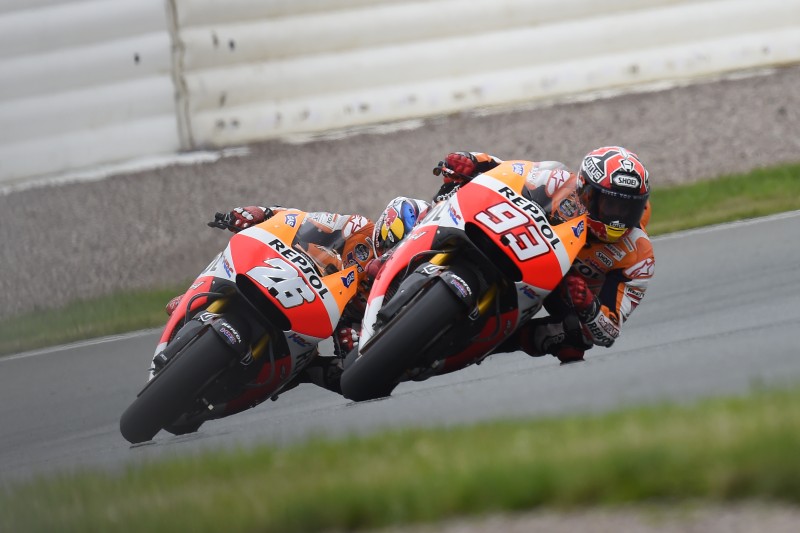 Repsol Honda’s Marc Marquez has recorded his seventh pole of the season for tomorrow’s German GP, with teammate Dani Pedrosa in second and local boy Stefan Bradl completing the front row aboard his satellite LCR Honda. After a tricky FP4 session where rain was a constant threat, the sun was… read more. 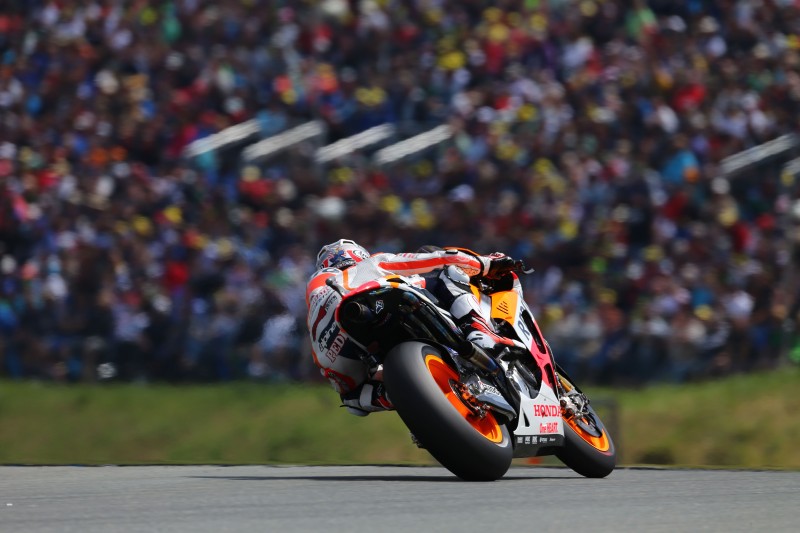 Tough first day in Germany for Marquez and Pedrosa

The Repsol Honda Team have endured a tough start to the German GP in Sachsenring, with both Marc Marquez and Dani Pedrosa crashing. Marc’s crash came this morning on his fifth lap in turn two, where the reigning World Champion and current Championship leader made a small mistake and engaged… read more.

Repsol Honda Team head to Germany with momentum on their side

This weekend’s German GP marks the midway point of the 2014 season and Repsol Honda’s Marc Marquez is firmly in the driving seat, with teammate Dani Pedrosa third in the Championship but level on points with second place Valentino Rossi. The German GP attracts some of the biggest crowds on… read more. 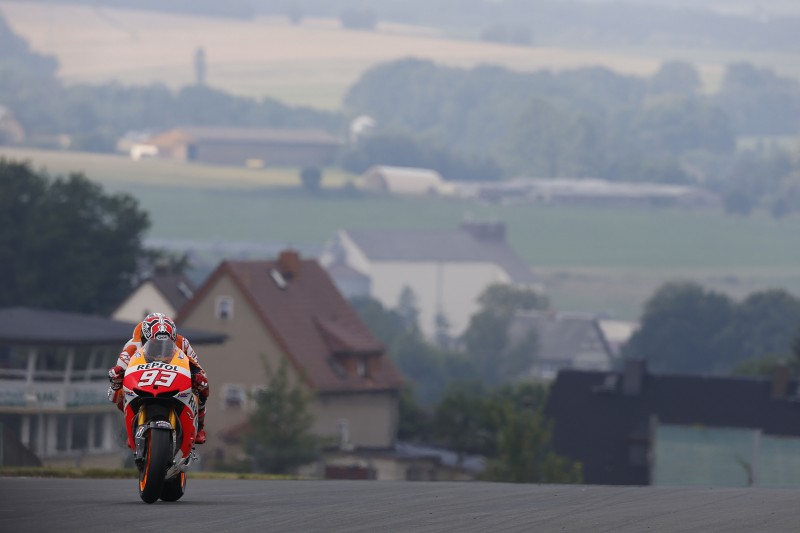 Marquez makes it a perfect eight after dramatic Dutch TT 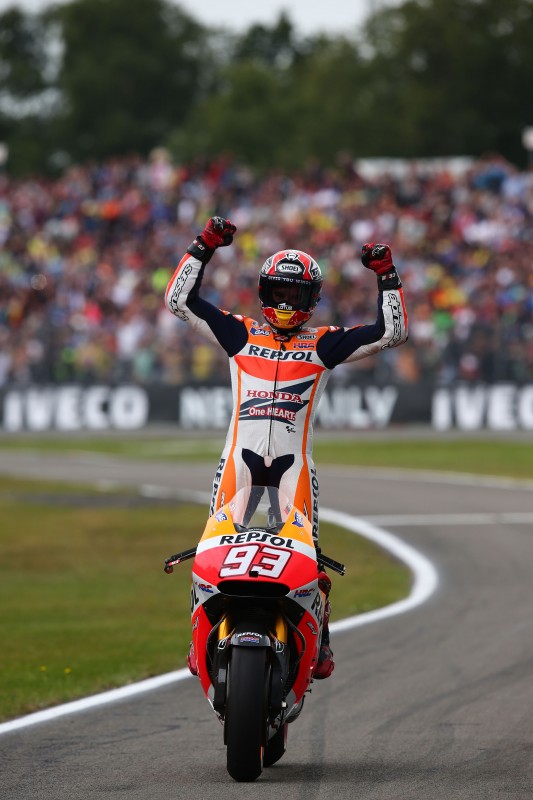 After yesterday’s unfamiliar dry conditions in Assen, today the unpredictable Dutch weather arrived. Fortunately both Repsol Honda riders, Marc Marquez and Dani Pedrosa, recorded a time yesterday to promote them into this afternoon’s Q2 as this morning’s FP3 session the track wasn’t fully wet – or dry – and neither… read more. 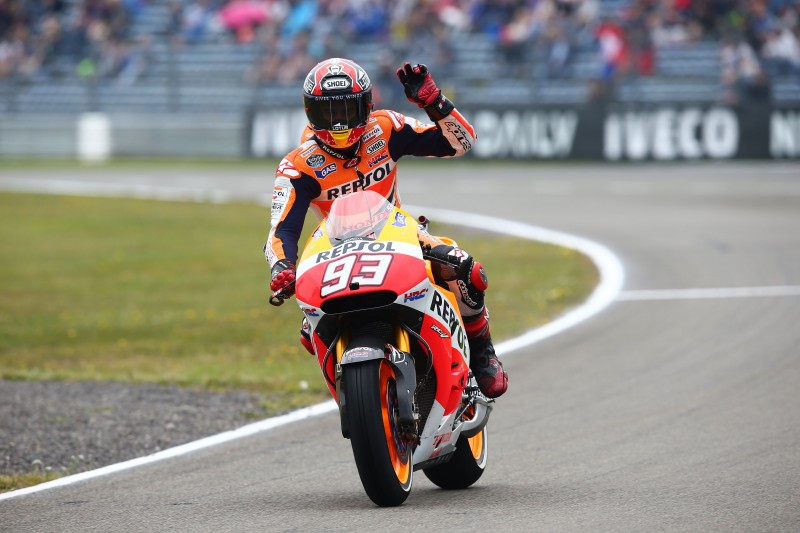