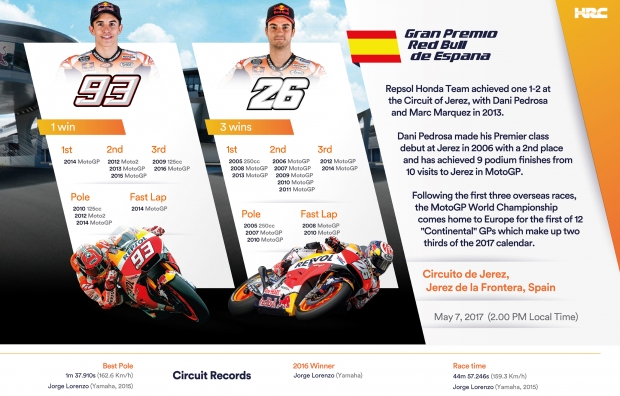 The Repsol Honda Team has returned to Europe following the first three overseas races, fresh from a victory and a podium finish in Austin, and determined to continue the good work in order to keep fighting at the front.

A Michelin test was planned today at Le Mans (France), but overnight rainfall followed by cold temperatures meant that conditions made it impossible to take full advantage of a testing day. A post-lunch exploratory car lap by Marc Marquez and Dani Pedrosa confirmed this, so the team decided to completely cancel the test to avoid losing one of the five days of private tests allowed this season.

The squad subsequently moved on to Southern Spain for Round 4 of the MotoGP Championship, in Jerez, where Dani and Marc have stood together on the podium for the Repsol Honda Team on one occasion, in 2013, in first and second positions, respectively. Dani in particular has fond memories of the track, where he made his debut in MotoGP with a brilliant second-place finish in 2006.

As usual, the two Spaniards will be able to count on the warm support of their respective fan clubs from the grandstands.

"I’m happy the next round is back in Spain after three flyaway GPs, because racing at home and in front of my fan club is always special. Of course our win in Austin gave the whole team more confidence and motivation to keep up the hard work and to try to understand how to further improve our bike’s setup, although Jerez is one of the most difficult and tricky circuits from that point of view. It’s kind of an ‘old school’ track: very short, very narrow, with heavy acceleration points and strong braking areas. You have to make the bike turn well but you also need good stability under braking, because that’s where you can get good lap times. It’s a circuit where our opponents are always very fast, but anyway, I think we’ll be able to do well if we work well starting on Friday morning.”

"Jerez is a track that I like a lot. It has a bit of everything: tight corners, fast corners, changes of direction, some ‘wheelie areas.’ One of my best memories there is when I made my debut in MotoGP (2006) and I finished on the podium. I hope to keep the momentum from Austin and to continue the progress, improving our bike setup more, especially in maintaining a fast rhythm and faster lap time. Now we know more about the bike, what we need to improve, and what changes we have to make on the setup, so we definitely look forward to taking another step in Jerez. My fan club will be there and we want to have another good weekend in front of them and all our fans!” 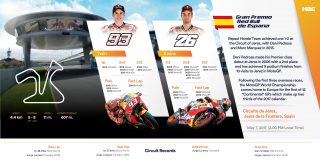 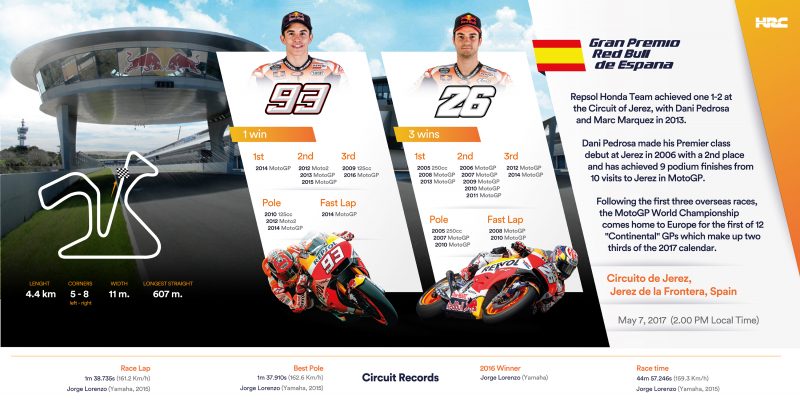