MotoGP 2014
Preview Round 2   Grand Prix of the Americas Americas

After a fantastic battle in Qatar, the Repsol Honda Team head to Texas leading the World Championship. This is just the second time the MotoGP paddock will visit the 5.513km Texas circuit, designed by well-known German architect and circuit designer Hermann Tilke and completed in 2012. The driving direction is… read more. 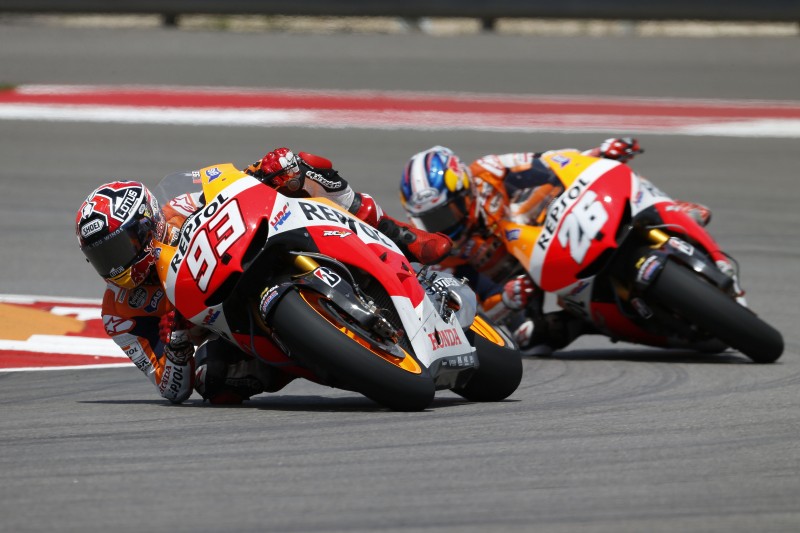 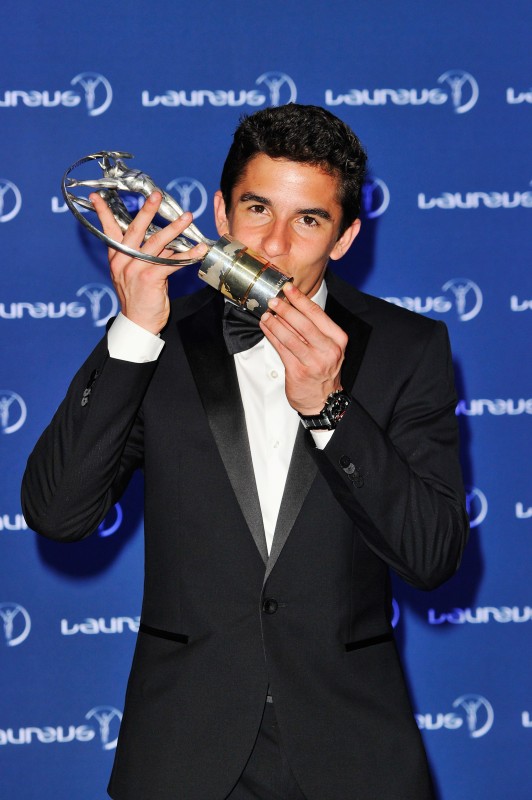 2013 World Champion, Marc Marquez, has started the defence of his title in the perfect way; with a victory in the first race of the season. His teammate, Dani Pedrosa, completed a double podium for the Repsol Honda team with his 3rd place finish. It was a dramatic race with… read more. 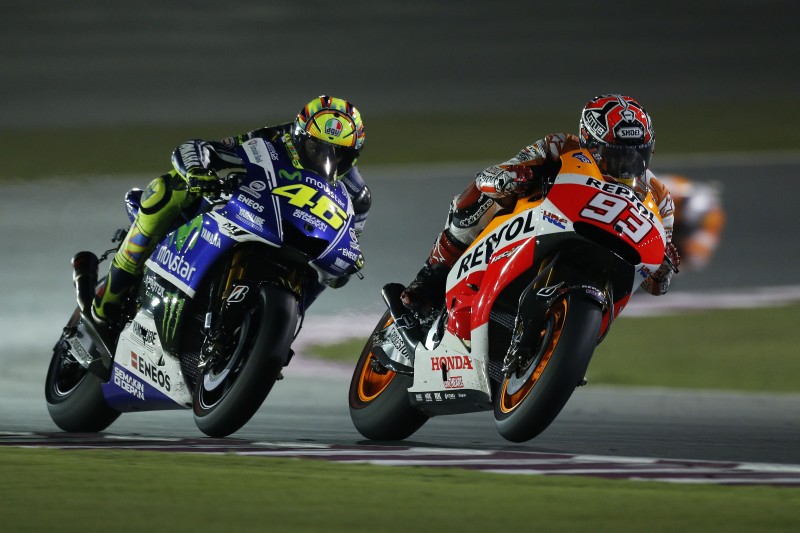 Repsol Honda’s Marc Marquez has secured the first pole of the season at the Losail circuit in Qatar with a time of 1’54.507, marking his 10th MotoGP career pole, from 19 starts in the class. Teammate Dani Pedrosa, despite being just 0.196s from Marc with 1’54.703, will start from the… read more. 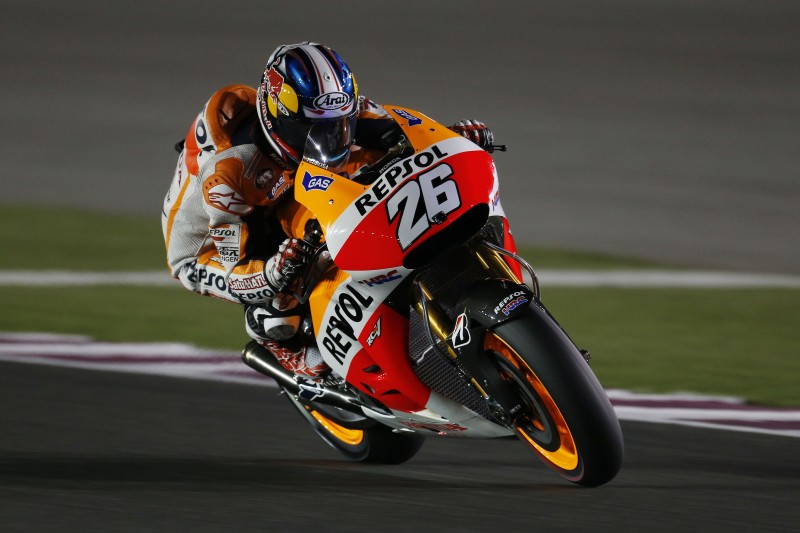 Improvements for Marquez and Pedrosa on day two in Qatar

Repsol Honda’s Marc Marquez and Dani Pedrosa enjoyed a productive second day of the 2014 season at the Losail Circuit in Qatar. Marc, who took some painkillers today (but no injection) to ease the pain from his injury, completed a total of 32 laps today, recording his fastest time of… read more. 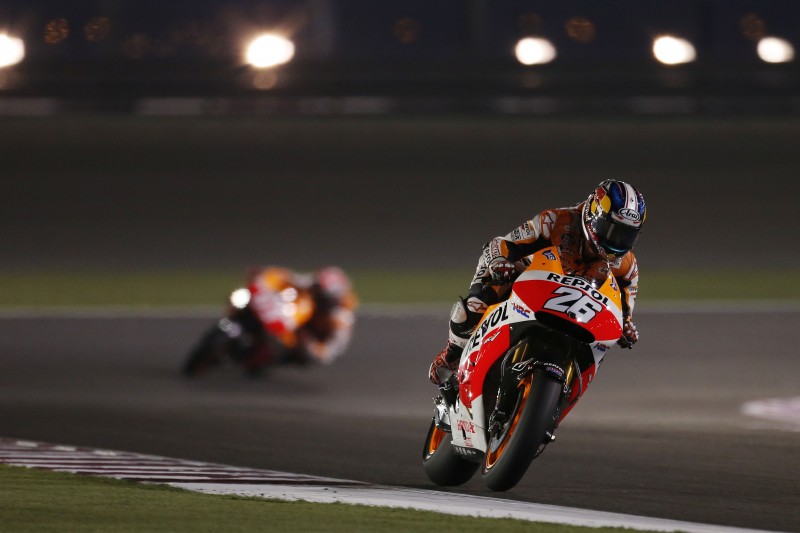 2014 MotoGP season gets underway in Qatar

Repsol Honda’s Marc Marquez and Dani Pedrosa have completed the first practice session of the 2014 season. Dani, who struggled with grip in this first session, was anyway the fastest factory rider – with the satellite teams enjoying a clear advantage after testing here two weeks ago. He finished the… read more. 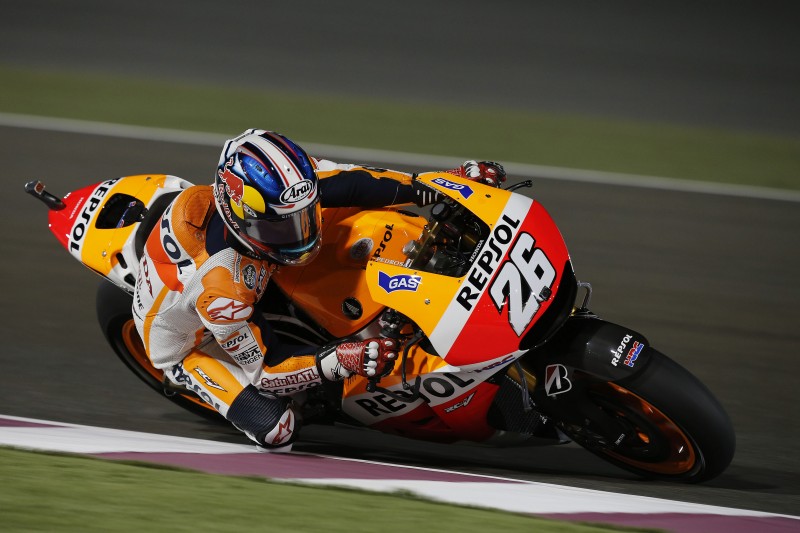 Winter testing is over and the Repsol Honda riders, Marc Marquez and Dani Pedrosa, are on their way to Doha for the first race of 2014. It was positive Winter for Dani who completed many laps, however, it was a difficult period for World Champion, Marc, who missed two of… read more. 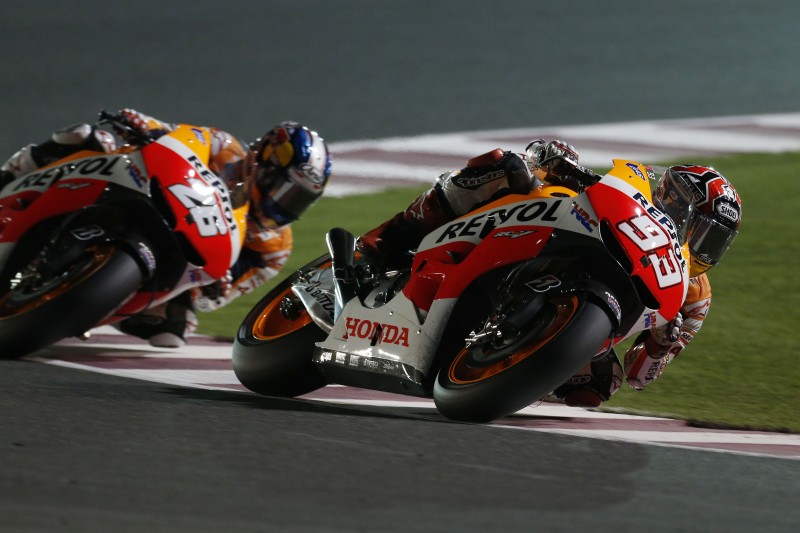