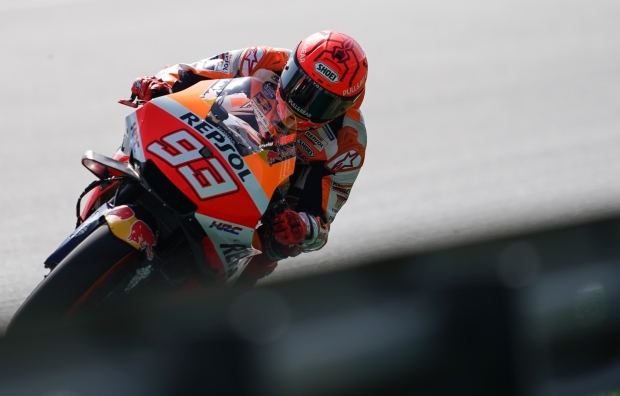 Weather was once again the talking point at the Red Bull Ring as the paddock experienced four seasons in a day, Marc Marquez and Pol Espargaro taking ninth and 11th overall while showing impressive speed in the wet.

The sun was shining throughout the day at the Red Bull Ring, but that didn’t stop a significant downpour arriving just before Free Practice 2. A weekend in Austria means being ready for any condition and the Repsol Honda Team were sitting in first and second when the track was at its wettest after starting the weekend with decent dry speed.

Marc Marquez had a busy start to the day as he returned to Red Bull Ring on his Honda RC213V, completing 22 laps in Free Practice 1. A best time of 1’23.967 saw him end ninth, ahead of Styrian GP winner Jorge Martin and grab a provisional Q2 slot. As a sudden and heavy downpour of rain hit the circuit just ahead of Free Practice 2, Marquez’s top-ten time from the morning was looking even more valuable. Although unable to improve his overall time, Marquez was fast in the wet with a 1’31.353 keeping him on top of the time sheets until the final moments of the session.

For Pol Espargaro, Friday in Austria started well under clear skies as he and his Repsol Honda Team went about improving the setup of his bike after a difficult previous weekend. 11th in the session, the #44 worked on used tyres throughout. In the afternoon Espargaro was again able to show his speed in the wet, steadily getting faster as the session went on and keeping within touching distance of his teammate. Only in the final minutes of the session when other riders fitted slick tyres did Espargaro drop down from second, ending the afternoon in eighth and the day in 11th overall.

“Today’s plan was to work through some things for HRC before tomorrow when we focus on being faster. I am still struggling a little in the hard braking, but there are many riders struggling a bit with it here. The wet practice helped us a lot, both with my physical condition and showing my speed. It has been a decent first day but we will have to see what happens tomorrow.”

“Overall I think it was a good day. In the dry we were able to improve a little and we made progress with the used tyres because we didn’t change it in the morning. In the afternoon we did our best lap in the wet and we were fast, in second. We dropped down when people did some final laps on a drier track but I was fast in the wet. In the wet we are fast and in the dry we are looking better, I’m satisfied.” 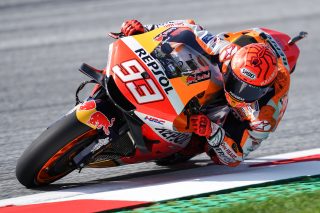 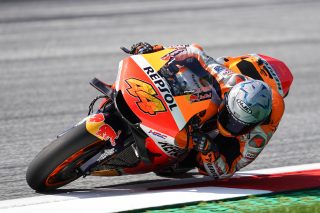 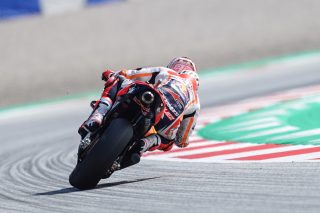 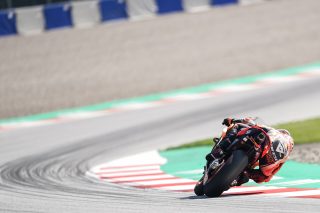 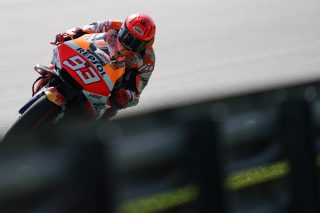 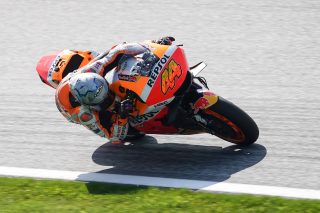 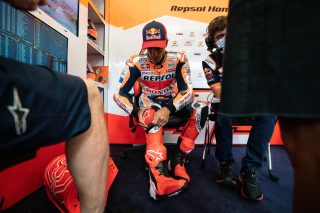 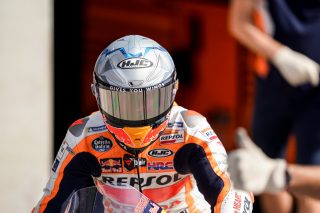 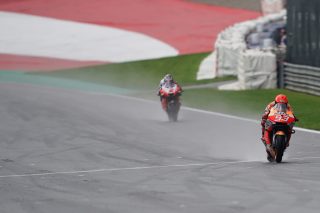 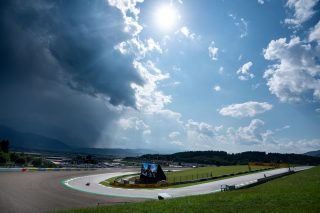 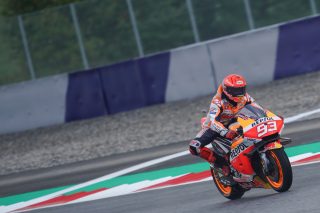 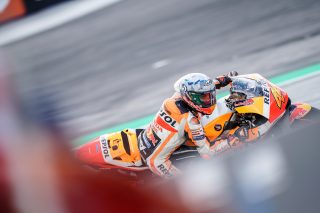 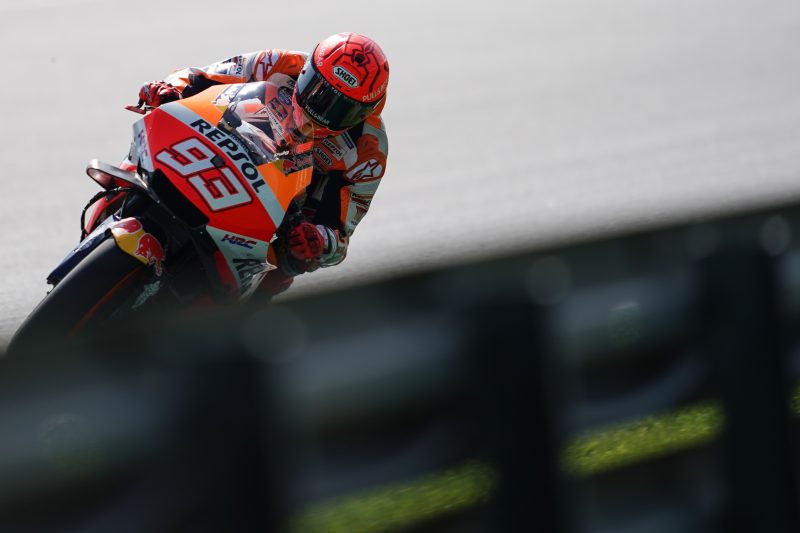