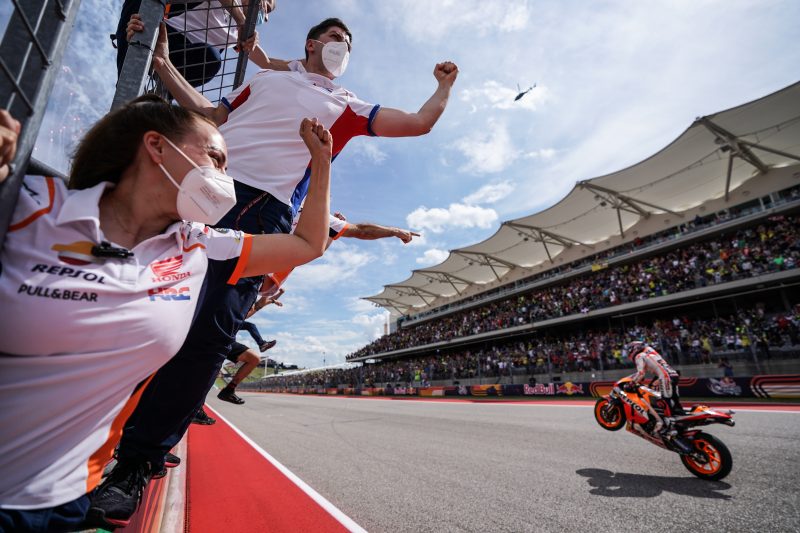 Marc Marquez was unstoppable in Texas as his incredible race pace saw him break away to take his second win of the 2021 season and take the Repsol Honda Team’s 450th premier class podium.

Long gone were the hints of rain that had hindered the start of the Red Bull Grand Prix of the Americas, the sun shining as the American national anthem echoed along the main straight before the 20-lap MotoGP race.

When the lights went out, Marc Marquez and his Repsol Honda Team RC213V rocketed forward to lead the field out of Turn One. From here there was no looking back as the eight-time World Champion set an unmatchable pace over the following 20 laps. From lap five to lap 15, Marquez never went slower than a 2’04.9 to open up a gap of over four seconds to Fabio Quartararo. There was simply no stopping Marquez on Sunday in Austin as he claimed his seventh win at the circuit.

Marquez’s second win of 2021 also brings with it the 450th podium for the Repsol Honda Team since 1995 in the premier class. With 98 podiums in the iconic Repsol Honda Team colours, Marquez is the second most successful rider in terms of podium finishes for the team behind Dani Pedrosa with 112 top three finishes. This brings the #93’s personal win tally to 58 in the premier class and moves him to seventh in the World Championship standings with 117 points.

From 12th on the grid, Pol Espargaro was able to gain a handful of positions off the line and move into the group battling for the top ten. Espargaro fought well in the early laps to find himself clear space on track and set a steady pace to avoid any problems around the bumpy COTA track. With falls around him, Espargaro earned tenth place for his efforts in the Americas GP and the additional six World Championship points move him level with Nakagami in the overall standings.

The entire Repsol Honda Team will now enjoy a brief moment of rest after three races, and a test, in the last four weekends. Action resumes back at the Misano World Circuit Marco Simoncelli on October 22 for round 16 of the 2021 MotoGP World Championship season.

“The plan was to do exactly what we did today: start well and fight into the first corner, take the first few laps a bit easy and then when the tyres start to drop a little bit – that’s when I would start to push. It’s exactly what I did and I saw the gap increasing with my lap times in in 2’04 highs, very consistent and comfortable. In the last few laps I was very tired and it wasn’t easy to keep my concentration but Fabio was far behind and my instincts said he would not risk anything as he’s fighting for the championship. Today is a great day, I want to say thanks to the whole of HRC and the Repsol Honda Team who have worked so well all weekend. It’s been a hard season to understand everything, I was really looking for this victory because we know we had a good chance here. It was nice to win here for Nicky Hayden and also for the Viñales family, I have known them since I was eight years old and it’s a hard year for them and for the world of racing.”

“We went into the race knowing it would be difficult and from the start the feeling with the front was not so good, there was a lot of pushing. With the situation we had, I couldn’t do any more. It’s strange because in previous races the rear has been where we had our problems, but today it was the front. It’s unfortunate because we started the weekend well. Now the next objective is Misano where we know we have a good setting from the test, so we get ready to go again. The year isn’t over, so we keep our head up and keep trying. Congratulations to Marc and the Repsol Honda Team.”

Race Round 15   Grand Prix of the Americas Americas 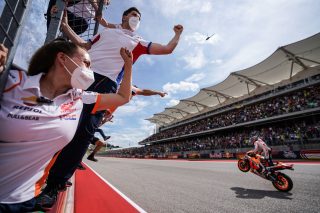 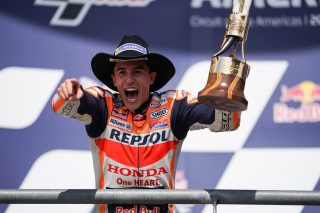 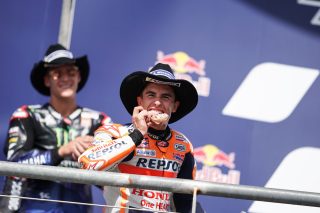 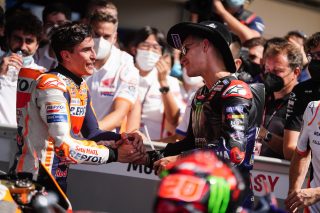 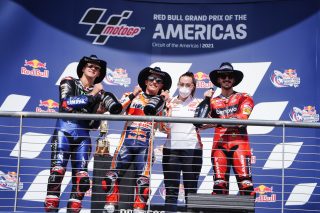 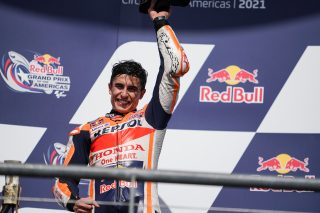 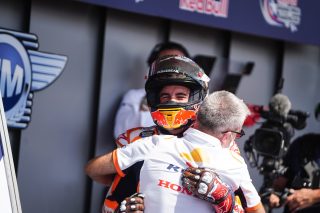 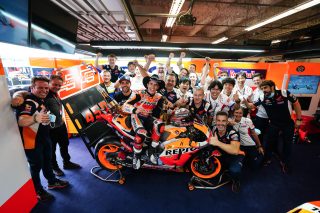 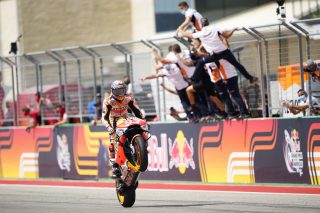 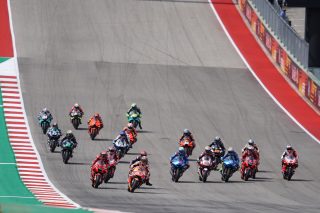 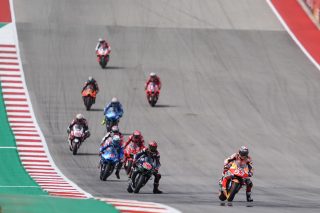 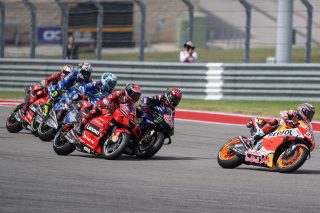 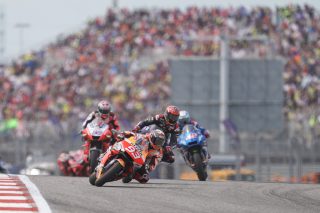 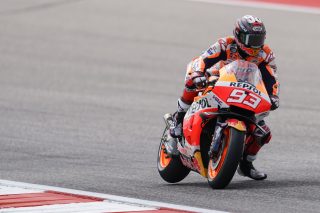 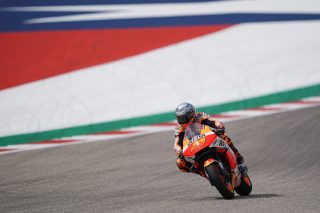 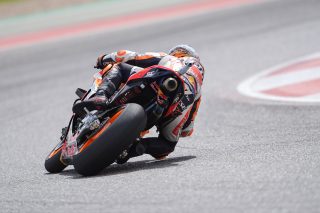 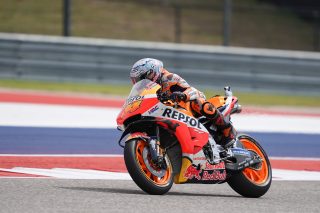 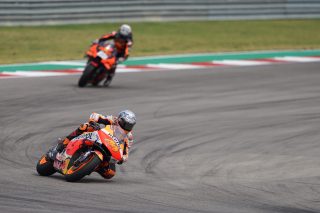 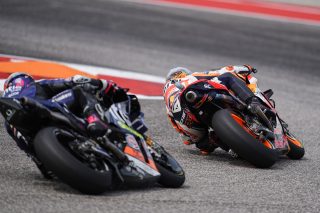 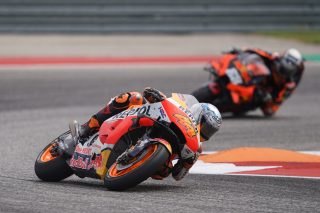 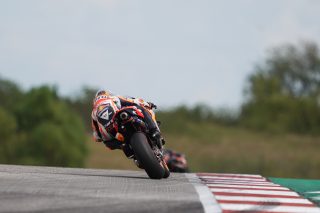 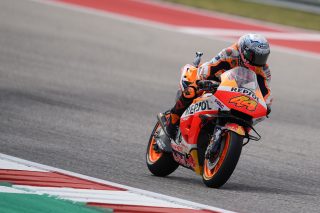 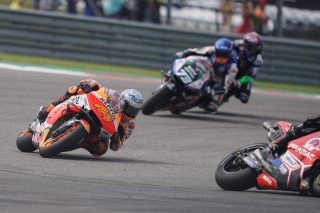 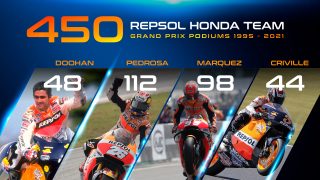