Repsol Honda’s Dani Pedrosa and Marc Marquez stormed to their third successive double podium of 2013 in tough wet conditions at the GP of France.

Dani, starting from 6th, performed his trademark lightning fast start and was up to 3rd by the first corner. He managed to pass Lorenzo on lap three and then had an intense battle with Dovizioso, swapping the lead, for eleven laps but finally passed him on lap fourteen and began to open up a gap and control the race. Teammate Marc, starting from pole, had a bad start and found himself down in 8th after the first lap. However, he used the opportunity to learn about racing a MotoGP bike in the wet and gradually made his way through the pack. After passing Lorenzo, Bradl crashed out and Rossi made a mistake which promoted him to 5th on lap 18. He then chased down Hayden and Dovizioso to claim a remarkable podium in very difficult conditions.

With this victory, Dani has now won eight of the last twelve races and equals Wayne Rainey and Jorge Lorenzo in all time MotoGP class victories with 24. He has scored a total of 3011 points across all three classes during his grand prix career and becomes only the third rider ever to pass the milestone of 3000 grand prix points, after Rossi (with a current total of 4604 career points) and Capirossi (3215 career points).

Dani now leads the Rider’s World Championship standings with 83 points and Marc is second on 77 points. Honda increase the lead in the Constructor’s Championship with 91 points to Yamaha’s 77 and the Repsol Honda Team lead the Team Championship with 160 points, 47 ahead of Yamaha Factory Racing.

“I’m very happy because I have earned an important victory. I’ve been trying to win at this circuit for many years in MotoGP and it has always been a tough track for me. Today, the moment finally arrived, when I least expected it, and it is immensely satisfying. Conditions here are usually against me, because it is cold and I don’t like riding in these temperatures, but today I got the best out of myself. The bike was also good, above all on the opening laps when the track was very wet. I made a few mistakes but I was able to recover from them, maintain the advantage and win the race. I’d like to thank all my team and also my supporters!”

“This podium almost counts as a win as it was my first wet race in MotoGP and I wasn’t expecting to finish in the top three. Also, bearing in mind that I had dropped quite far back from the front, third place and 16 points is an important achievement for the World Championship. We can say that this was a very good weekend; we had a good setting for the dry, but when it rained it was up to me to learn from the mistakes that I made at the start of the race. I need to improve, because I was finding it hard to ride with water on the track. It will be difficult to maintain our performance at Mugello, but we will go there and try 100 per cent. I congratulate Dani on a great race and victory and I’d like to thank the whole team!” 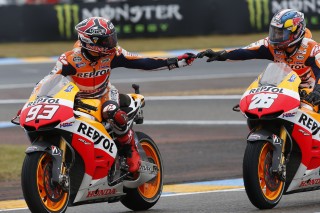 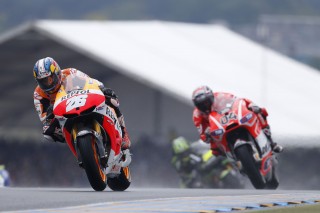 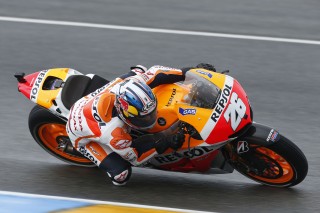 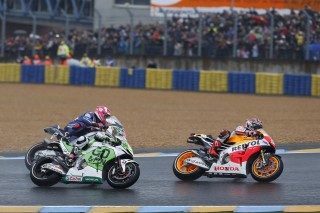 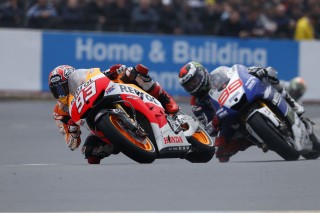