The Grand Prix of Italy has seen mixed fortunes for the Repsol Honda Team. Dani Pedrosa started from pole and after a close encounter with Lorenzo in turn one, he dropped to second position. Teammate Marc Marquez had a fantastic start from 6th and managed to get to 3rd by the first corner. The three riders maintained this order for 18 laps, separated by tenths of a second in the hot Tuscan sun with Marc setting a new fastest lap of 1’47.639 on lap two.

Then on lap 18, Marc passed Dani, who was suffering from lack of grip, and pushed to catch Lorenzo who had opened up a gap. With just three laps remaining, Marc unfortunately crashed out from second position in turn seven, this promoted Dani back to second and the race was decided.

Dani remains at the top of the World Championship with 103 points, 12 points ahead of Lorenzo on 91 and Marc now drops to third with 77 points.

“I didn’t feel fully comfortable in the race today, but I’m happy because I was able to gain a large number of points. In general, this was a difficult weekend. The back tyre was giving me a lot of problems with grip but taking 20 points from this race and maintaining the lead the World Championship is something positive.”

“Today we had with our first DNF of the season, but after three difficult days of setbacks and hard work, I finally felt good during the race. I don’t fully understand why I crashed, as I lost both the front and the back at the same time and was unable to save it. It’s clear that we made a mistake, but we can't go looking for excuses. We've looked at the telemetry and it shows that I was going at the same speed and on the same line as before but, anyway, you learn from these mistakes. We can’t forget that this is my first year in the class and I am here to learn how things are in MotoGP. In spite of everything we were still fighting for second place, which is a reason to be happy. I want to apologise to Honda and to the team, as they always support me and work so hard. Now we are turning our focus to Montmelo, and I can’t wait to race there.” 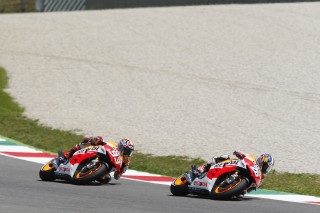 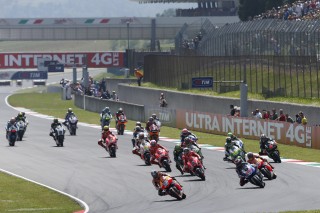 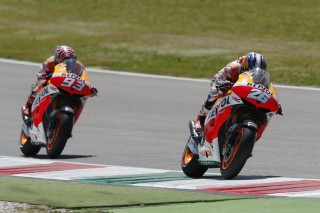 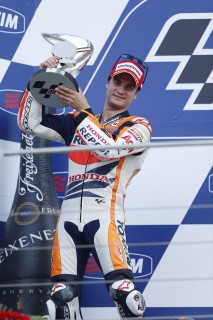 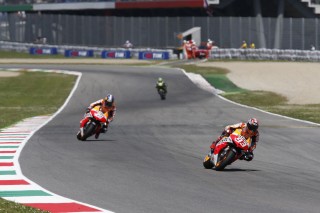