The final day of testing in the Sepang heat provided tantalisingly close times for fans and more valuable data for riders and engineers. Maximising his time on track without over working his shoulder, defending MotoGP World Champion Marc Marquez completed 47 laps on the final day of testing in Malaysia. Each day has allowed Marc to test not only the 2020 bike but also test his shoulder, the Honda rider pleased with progress made in both areas. The final day came to a slightly premature end as Marc fell at the final corner, again avoiding any further injury. A best time of 1’58.772 saw the eight-time World Champion finish within half a second of Fabio Quartararo who topped the test. Sunday was another day of steady and constant progress for rookie Alex Marquez who improved his best lap time throughout the day. Cutting over half a second off his previous best, Alex leaves the Sepang test with a best time of 1’59.042 and edged out Brad Binder to finish the test as the top MotoGP rookie. The test has been an extremely positive one for Alex and his Repsol Honda Team, able to accomplish everything they set out to do at the start of the three days. Finishing the day within two tenths of his teammate and 0.693s back from the fastest rider of the test is testament to the work done in Sepang. Across the three days of testing the Repsol Honda Team have completed 284 total laps with Alex leading thanks to his 153 laps across the three days. Cal Crutchlow finished the test as the fastest Honda, setting the second fastest time aboard his LCR Honda during the third day of running. Teams and riders will enjoy a brief break before once again heading out for three final days of testing in Qatar on February 22 – 24. For both riders, this gives them a chance to rest and undergo their final preparations to be in the best shape for round one of the 2020 MotoGP World Championship.

“I finished the day with a good feeling as this morning we had a good rhythm and I put in the most effort today. I had a small crash at Turn 15, but this was down to physical condition. It’s good to know where the limit is, of course it would have been better to not crash but I am OK after it. Today I did 47 laps again, but it was with a different rhythm. I tried a few things but there is still work to do. The runs today were a little longer today but our speed was still good.”

“The general feeling everyday was better, we were faster and felt better. This is the most important thing. There are only three more days of the pre-season left to be ready for the Qatar GP but we are closer every day. Still we need to learn more but every time we ride my knowledge is growing and I’m pleased with everything we’ve achieved. For Qatar our aim is to continue to understand the setup of the bike for myself and in various conditions. We’ve tried a lot this test so I leave happy.” 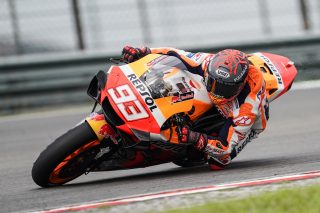 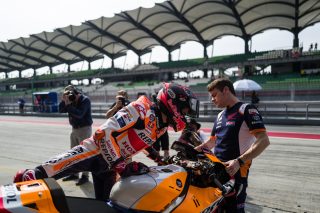 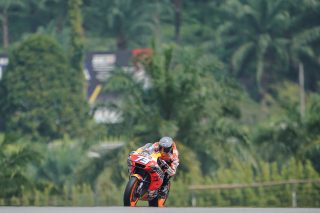 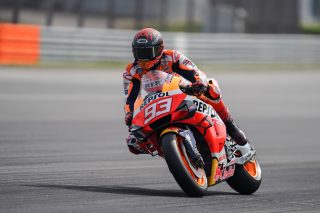