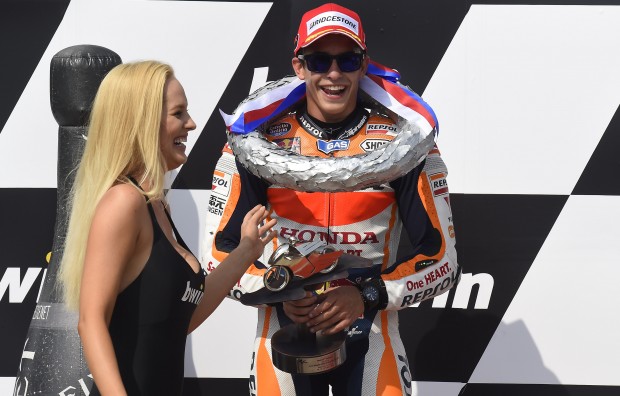 Starting from second on the grid, Marc held his position behind pole man Jorge Lorenzo from the beginning. Dani – who’s qualifying was affected by his injured left ankle – started from 9th but after being pushed around by Hernandez in the first corner he found himself in 12th. He climbed back up to 10th by the end of the first lap, and then by lap four he was already in 8th as Jorge and Marc set an incredible pace and a gap of over two seconds, with Marc setting the race’s fastest lap (1’56.048).

On lap seven Dani caught and passed Smith and was now in sixth, chasing down Dovizioso and Iannone ahead of him, meanwhile Jorge started to push and open up a small gap over him and Marc, which he controlled to the end. By lap sixteen, Dani was on the back of Dovizioso and pushing hard to overtake. He managed to pass briefly on the penultimate lap before being passed back, and then on the final lap Dani made his move stick and crossed the line to take 5th by just 0.075 seconds.

Marc remains third in the Championship Standings on 159 (52 points behind Lorenzo and Rossi on 211) and Dani is seventh on 91 points.

"Today Jorge rode a very good race. We knew we were not far off him, but we were not close enough and we tried to stick with him, at least at the beginning of the race. After six or seven laps I began to lose performance and he was able maintain his pace. That's where the difference was made. We achieved the goal we had for today: to try and open a gap to Valentino and the others from the start so I’m happy about that. When we have difficulties, as we did this weekend, we still have to score points. I think that this second position is good."

"Today I did not make a perfect start, but it was not that bad. However, when I entered the first corner Hernandez went very hard up the inside and I had to pick the bike up. I was able to save it but when I leant back over, coming out of the corner, his teammate caught up and also moved me off my line, so I lost positions and a lot of time. My pace was not as good as this morning and I did not have as good a feeling with the bike due to some problems with the front. It was hard for me to recover but eventually I caught up with Dovizioso and Iannone. The Ducatis are hard to overtake - on the straight they are very fast - but I managed to pass Dovi on the final lap. It's been a difficult weekend, even though today I could work better thanks to the physiotherapist and some medication." 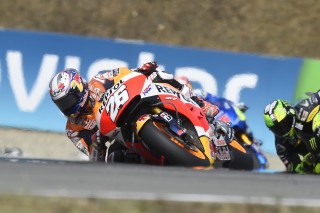 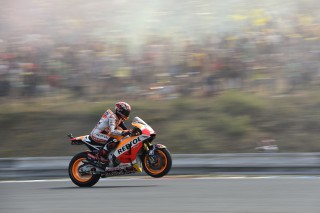 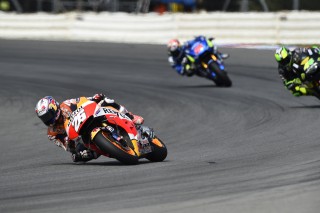 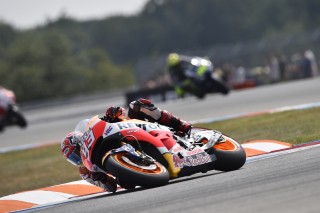 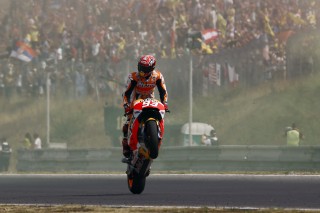