Dani Pedrosa and Marc Marquez have once again returned to the podium together taking 2nd and 3rd respectively in the GP of Catalunya.

Dani, who this weekend became the youngest rider ever to reach the milestone of 200 GP starts (27 years 260 days), started from pole position for the first time at Montmelo in the MotoGP class. In a drag race to the first corner, title rival Lorenzo snatched first place and Dani dropped to second. Starting from sixth place, Marc had a fantastic start and was 3rd by the first corner, safely behind Lorenzo and Dani. The three Spanish riders maintained these positions and rode with incredible accuracy and consistency with just tenths of a second separating them for the entire 25 lap race. In the final laps Marc saw an opportunity to attempt a pass on Dani but was unable to achieve it and in the end settled for 3rd place.

Dani maintains his lead in the Championship standings with 123 points, 7 ahead of Lorenzo and Marc lies in third place with 93 points.

The team will now pack up in Catalunya and depart for Aragon for a two day test starting on Tuesday where they will test the 2014 RC213V prototype machine.

“Today was a bit of a strange race. We could not get maximum performance and physically it was very hard, because of the heat of the bike and the tyres. When I tried to open the throttle the bike wobbled in the front and I had to be very careful. We three frontrunners were battling the track conditions today. It was a bit disappointing not to be able to push more, since the differences between us all was minimal. We rode practically the entire race without any overtaking. It was very easy to make a mistake and, in fact, in the closing laps, Marc [Marquez] made one and I had a slide, but in the end we were able to take a very important second place. We expected to do better after yesterday, but we now have an extra twenty points and we continue to lead the standings.”

“It was a difficult race. We expected it to be tough, but we never imagined that we would be fighting for the podium with Jorge [Lorenzo] and Dani [Pedrosa] and I’m very happy with this result! It gives us confidence after a slightly tricky weekend, as in the end we found the ideal set-up. During the race I learned a lot from riding behind Dani, trying to figure out how to ride a MotoGP bike at this track, and in the end we did quite well. We knew it would be difficult to finish in the top five, but we managed to get on the podium. I can only say I’m thrilled with the result. Now we look to Assen and we’ll see if we can improve anything for that race during the test at Aragon.” 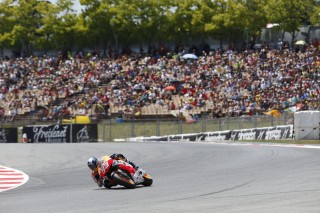 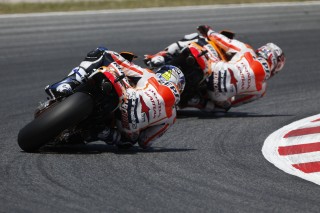 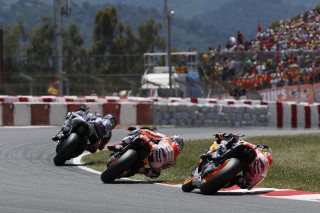 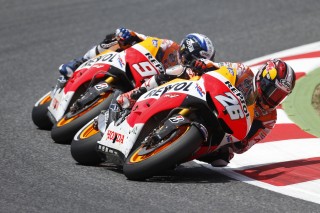 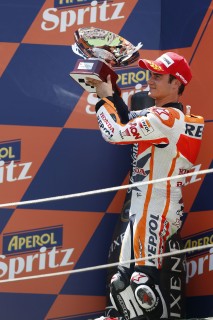