The Dutch TT marked the 300th start for the Repsol Honda Team and Marc Marquez celebrated it with a well deserved 2nd position in a battle to the end. Teammate Dani Pedrosa, who led the first 5 laps of the race was unable to stay in the fight for the podium and finished 4th.

Dani had a fantastic start from 5th and was already 1st by turn one. Marc, starting from 2nd slipped back to 3rd briefly but then regained his spot behind Dani. On lap four, Marc was passed by Rossi, who went on to also overtake Dani on lap six. The three riders rode in perfect formation until Marc passed Dani on lap eighteen to take 2nd. With just six laps remaining, Dani was unable to hold onto 3rd place and was passed by Crutchlow, who continued to chase down Marc. His injured right finger – from yesterday’s crash in FP3, began to cause him trouble, as Marc was unable to brake with all four fingers which meant he was over stressing his arm muscles, but he held off Crutchlow for another podium finish – his 6th of the season.

Dani still leads the Championship Standings with 136 points, 9 points ahead of Lorenzo. Marc remains 3rd with 113 points as we head to round eight in Germany in two weeks.

“Overall the pace was faster than I had expected. At the start and throughout the race both Dani and Valentino were very strong. In fact, Valentino was simply faster than us today. I could only pass Dani towards the end because at first I had a lot of trouble. Once I was ahead of Dani, I tried to catch Valentino, but my arm began to affect me and I couldn’t brake in my normal way, due to my injured finger. In the end we took 20 points after a good battle with Cal, and I think I defended pretty well against him. In general, we can say we’ve done a good job all weekend. I would also like to congratulate Valentino, as it’s always good for motorcycle racing when he is up at the front.”

"Today I started well, saving a crash at the very beginning with cold tyres, and I was able to continue and put in some good laps. Then I had problems with the tyres, both in the front and the rear. Still, I tried to hold on for as long as possible, because I don’t want it to be an excuse. I sat behind Rossi for several laps, then as the race progressed it was more and more difficult to keep up, especially when Marc and Crutchlow caught me. I guess everyone was sliding around behind us, but I found I couldn’t control the bike on entry to some corners and that made me lose touch, especially in the closing laps. Overall this weekend we had very negative feelings and in the end we managed an okay race. Now it is time to move on, relax and get ready for the next round. Finally, congratulations to Jorge, because what he did today and how he did it was very impressive. I take my hat off to him.” 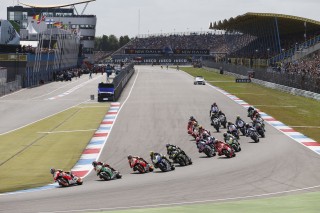 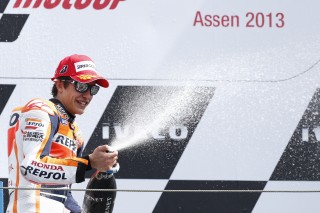 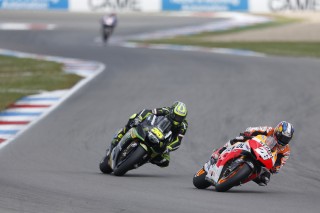 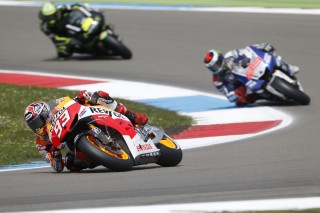 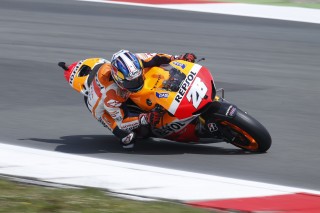