Dani Pedrosa has taken back-to-back wins in the Malaysian Grand Prix after an emphatic win with teammate, and Championship Leader, Marc Marquez in 2nd, celebrating the team’s fifth 1-2 finish of the season.

Dani, starting from 5th on the gird, climbed up to 2nd position by turn one with Marc slipping back to 3rd. Lorenzo led the charging pack followed closely by Dani, Marc, Rossi and Bautista, with just milliseconds separating the five riders, Marc set a new fastest lap on lap two with 2’01.415 (breaking Casey Stoner’s time of 2’02.108 from 2007).

At the end of lap five Dani launched his attack and passed Lorenzo taking the lead. Marc attempted to follow Dani and briefly passed Lorenzo at the beginning of lap six before being passed again – almost immediately – and initiating an epic battle between the two Spaniards. They exchanged positions several times until Marc finally made it stick on lap nine and began to open up a gap.

At this point Dani had already put some space between him and the others and was comfortably in the lead. Marc chose the safe option and didn’t try to chase down his teammate – instead settling for twenty vital Championship points, extending his lead over Lorenzo to 43, and 54 to Dani with three races remaining.

“I am very happy with this win, as it is very special. My level of riding today was very good and the victory comes after a difficult week in which I was laid up in bed and could hardly move. To come here and win is fantastic, so thanks to all my team! It is a pity about what happened in Aragón, because we had the pace and the same chance of the win as we did here. However, we can’t keep looking back; we need to continue on and try to carry our form into the final races.”

“These twenty points are very important and I'm really happy with how the race went today. I had a nice, fun battle with Lorenzo, but at the same time I could see that Dani was opening up a gap. When I finally managed to overtake Jorge and make the pass stick, I tried to reduce the distance that Dani had put between us. However, I saw that it was too risky to do so. From that moment on, I decided to focus on keeping Lorenzo at bay, because the goal here was to finish the race ahead of him. We did what we came here to do, so we are very happy!” 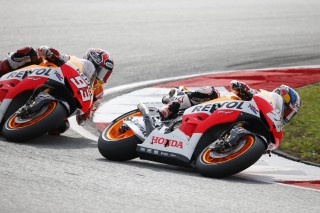 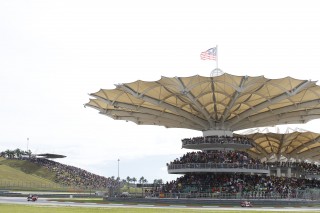 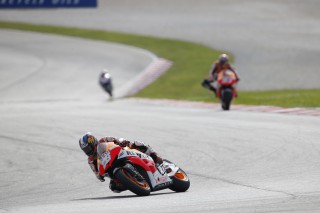 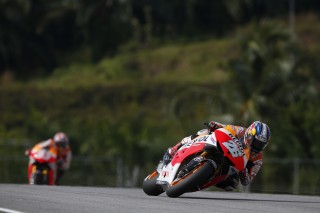