It has been a remarkable day in Phillip Island for the MotoGP paddock, especially the Repsol Honda Team.

After Race Direction last night changed the format of today’s twenty-seven lap race due to tyre issues, this morning, the rules changed once again after more troubles in warm up. The new format dictated a new race distance of nineteen laps with a mandatory change of bikes at least once during the race. Riders were also not permitted to complete more than ten laps on any one rear tyre, meaning they had to change machine at the end of lap nine or lap ten.

The race began well and Championship leader Marc Marquez held second position from the start, behind pole man Lorenzo. Teammate Dani Pedrosa had a fantastic start jumping from 5th to 3rd by the first turn. The three Spanish riders raced hard for the first nine laps and Dani was the first to pit at the end of lap nine. At the end of lap ten, race leader Lorenzo entered the pits – along with the majority of riders – but Marc did not follow, instead completing lap ten and then entering the pits before passing the line of lap eleven. Marc rejoined the circuit as Lorenzo came through turn one and slotted into second.

However, shortly after Marc rejoining the race, he was shown the black flag – meaning instant disqualification – as he had exceeded the lap limit as set out in Race Direction’s earlier instructions. The team made a mistake, understanding he was able to complete ten laps and come back in before completing lap eleven, and the ‘BOX’ instruction on his pit board was therefore one lap late.

Dani also experienced some drama after he slightly crossed the white line before the end of the filter lane when rejoining the race after his pit stop. He was ordered to relinquish a position, letting Marc pass him before being shown the black flag. He held onto second position comfortably but was unable to chase down Lorenzo in the final laps. Marc retains his Championship lead on 298, but it’s been cut to just 18 points with two races remaining with Lorenzo on 280. Dani is now on 264, 34 points off his teammate.

“Today’s race was very stressful -above all before the start, as the rules were being changed every five minutes. Everything was turned on its head and it was very difficult to adapt first time, without making any mistakes. Marc made mistakes and I did too. Everything was going so fast and it was confusing for both the riders and the mechanics. We had to be clear about which lap to enter the pits, as it wasn’t obvious which was lap nine and which was lap ten. The two bikes needed to be prepared and the tyres as well, the pit lane was much longer than normal... it was all so strange today. The exit line from the pits wasn’t clear, and neither could you see the entry line very well, so it was all a bit improvised. In my case I was able to rectify my mistake on the track and, although the second bike wasn’t the same for me as the first, I managed to take second in the race and be very competitive.”

“Today was our first experience of a Flag-to-Flag race, and suffice to say it wasn't a good one. My team and I had set out a strategy and we thought that we could come in after lap 10, but in reality this counts as an extra lap. We hadn't had that in mind and this was a huge mistake. We had everything well planned and I followed the instructions on my pit board. You learn from these things though, so now we have to move on and focus on the race in Japan" 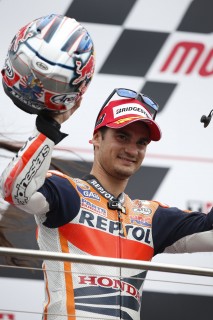 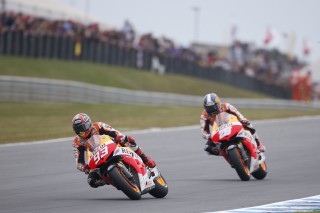 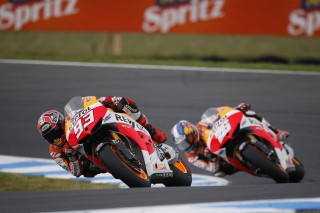 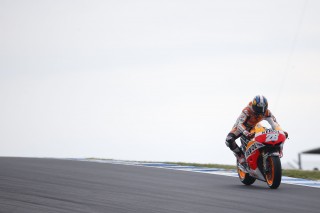 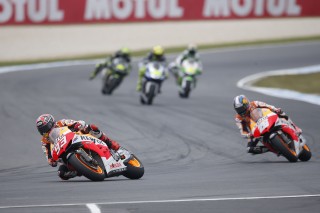