The Grand Prix of Aragón has been an event of mixed emotions for the Repsol Honda Team.

Championship leader Marc Marquez, starting from pole for the seventh time this season, extended his Championship lead with a fantastic win – his sixth of the season, but en route he and teammate Dani Pedrosa touched on lap six and as a result, Dani crashed out of the race.

Marc and Dani slipped back to 2nd and 3rd on the first lap but they both chased Lorenzo down and Dani set a new fastest race lap on lap two with 1’48.565. Dani passed Marc on lap five and the two Repsol Honda riders began to catch Lorenzo. It was during this chase that in the back straight, Marc and Dani briefly touched and during the contact, Marc caught a cable on Dani’s real wheel and it snapped – disabling Dani’s traction control and causing him to crash.

It is another disappointing blow for Dani in his bid to become World Champion. He remains on 219 points, 59 points off leader Marc on 278 points with four rounds remaining, Lorenzo is on 239 points – 39 off Marc.

“Today was a very gruelling race, because I had to make two comebacks; the first was to catch Jorge after he broke free at the start, then I needed to make another after Dani passed me and I wanted to overtake him after two laps. I felt comfortable but I went a little wide under braking, lifted the bike up and made light contact with him. I’m not sure he even noticed it, but it was a bit of bad luck because the team told me I caused his traction control cable to snap and I’m sorry for that – it’s something very unusual to see. The important thing is that Dani is OK. I was eventually able to overtake Jorge and take the victory, which is important in terms of both the 25 points and for my morale.”

“Fortunately I’m fine physically. I took a heavy knock to my hip and my groin area, but I was able to escape relatively unhurt from what was a big crash. Marc went in too wide on the corner entry, clipped me from the outside and I went flying when I got on the gas. My mechanics told me later that the traction control cable had been cut by the contact.” 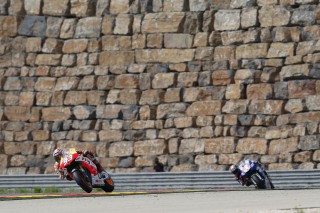 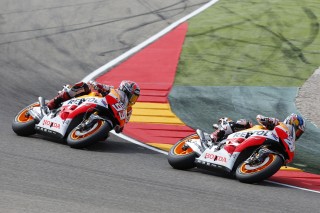 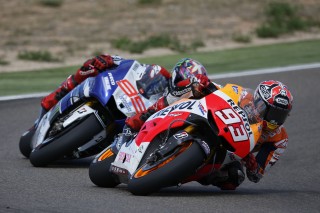 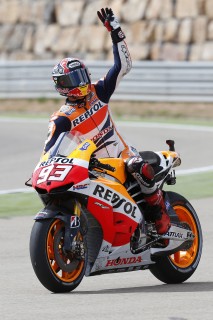 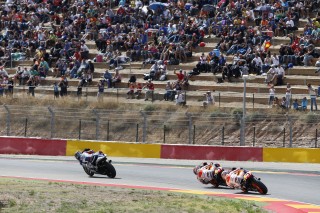