Marc Marquez continued to show he’s the man to beat in Aragon with a dominating display in Qualifying. Jorge Lorenzo plans his comeback from 19th.

Overnight rain and brief shower in the morning made for a tricky morning session with no rider able to improve their times. Jorge Lorenzo was one of several riders to make the most of the conditions, ending the damp Free Practice 3 session in 16th after 13 laps while Marc Marquez opted to only head out for a practice start.

Fortunately, the predicted rain did not return and an ambient temperature of 27°C and a track at 39°C awaited the MotoGP field come Qualifying. Having again shown unrivalled pace throughout Free Practice 4, the World Championship leader was immediately fast in Q2 and set a 1’47.009 as the benchmark for the session. The time was all he needed to secure his ninth pole position of 2019 from 14 races, the 89th pole from 200 GP starts.

After showing progress in the morning, Jorge Lorenzo immediately improved his best lap time in Q1. Despite losing FP3 to weather conditions, Lorenzo and his Repsol Honda Team were able to improve his feeling on the bike. A 1’49.282 saw Lorenzo secure 20th on the grid, promoted to 19th after an unfortunate fall for Pol Espargaro saw him ruled out of the weekend. As in previous races, Lorenzo is aiming to keep a consistent pace and work his way forward.

Sunday’s 23-lap MotoGP race in Aragon will begin at the revised time of 13:00 Local Time as Marc Marquez makes his 200th start in Grand Prix racing – becoming the youngest rider to do so.

“I feel really good this weekend, much better than in Misano. Pole position was important but it’s true that the fastest lap of the weekend was in FP1! I expected more from the second run but I made a couple of mistakes. I knew I had to control the risk a little bit as the wind direction had changed today and it was more disturbing than yesterday. In FP4 I had a strong rhythm and this is the most important point. The Yamaha riders aren’t far and we have to keep an eye on the weather, so still there is a lot that could happen.”

“Our position isn’t fantastic but our feeling and the gap to first is better than yesterday, this is certainly a positive. Each session I have been able to improve and my pace is quite constant. In Qualifying we were able to go fast with the first tyre but I wasn’t able to go any faster with the soft front. I think the medium will be the choice for the race so we can keep improving.” 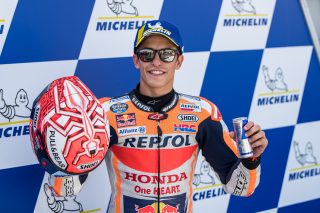 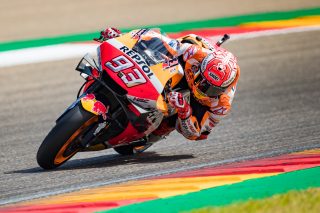 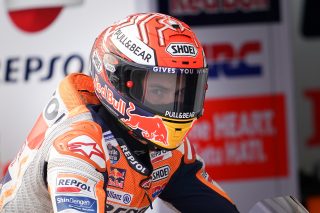 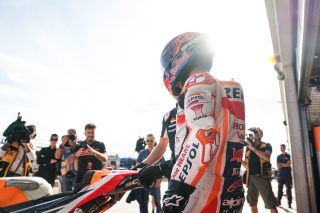 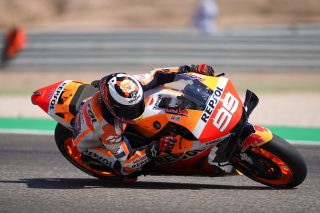 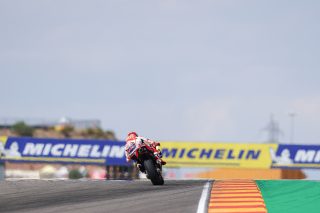 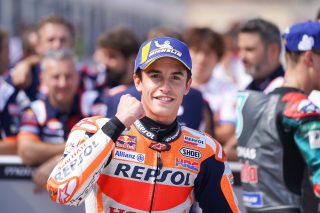 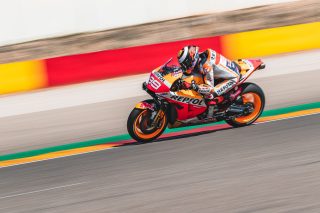 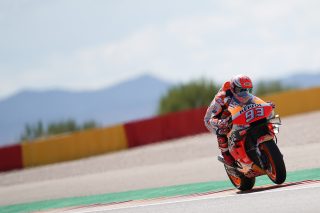 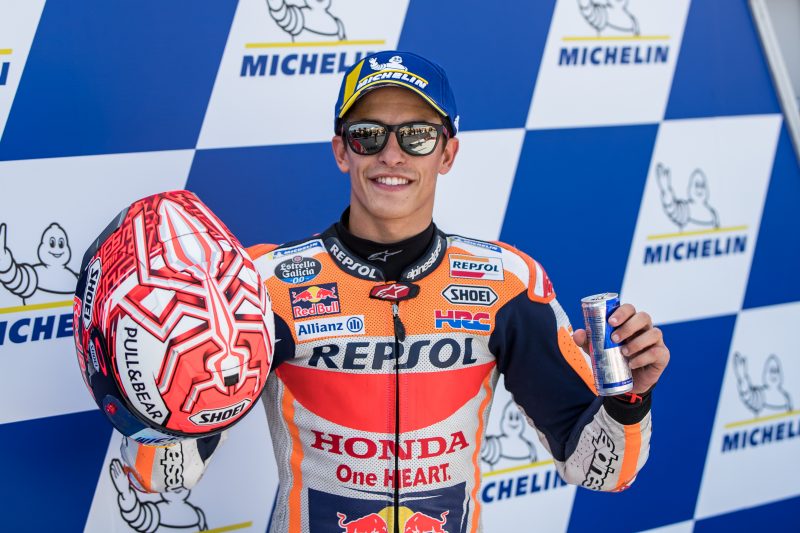