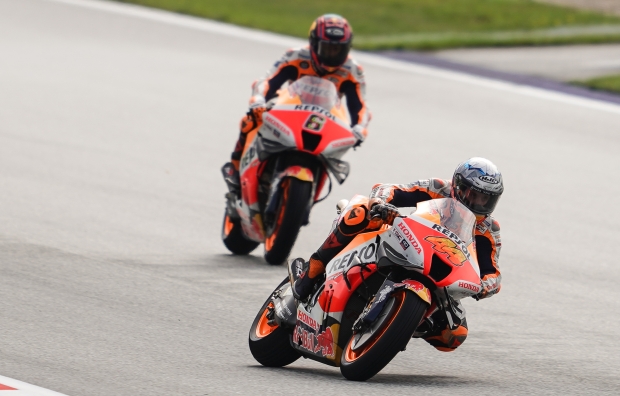 Just a few tenths separated a late-charging Pol Espargaro from the top ten as Stefan Bradl eyed the future at the Red Bull Ring.

Friday at the Red Bull Ring was all about timing, the Repsol Honda Team working to maximise their performance between threats of rain and capture spots in Q2. Competing on one of the MotoGP World Championship’s tightest circuits meant that times were tighter than ever as only 0.291s split the top ten as the day came to a close. The fight for the top ten erupted in the final ten minutes of Free Practice 2, even as rain began to fall. Weather looks set to play a key role in the rest of the weekend as well.

Pol Espargaro was one of the first to make major improvements in those closing minutes of FP2, jumping up inside the top ten after spending the morning working on bike setup. With times as close as they were, just two tenths split Espargaro from a direct place in Q2. As the forecast remains mixed for tomorrow’s Free Practice 3 session, only the Austrian mountains know if the #44 will have another chance to improve his time before Q1. But Espargaro knows he and his team have a few cards still left to play on Saturday.

On the other side of the Repsol Honda Team garage, it was a day of steady improvements for Stefan Bradl yet again. The fan favourite made an impression as he was one of the first to fit slicks and enjoyed a stint at the top of the time sheets. Ultimately ending the day in 21st overall with a best time of 1’31.182, Bradl was a second shy of the top ten. His goal remains to qualify further up the grid and spend the race fighting for points.

Marc Marquez enjoyed a busy day at the Red Bull Ring, meeting with his team and Honda HRC as well as getting the rare opportunity to watch MotoGP machines from trackside. Two sessions as the track allowed Marquez to observe all the Honda riders as well as listen in as they debriefed with their teams. After a productive visit, the eight-time World Champion will return home to continue his recovery and rehabilitation.

“We are not that far from the top, just half a second at a tight circuit like this is a lot better than our position shows. But this is MotoGP so every tenth counts and there are a few tools we can pull out tomorrow to close the gap. We aren’t in Q2 at the moment but if the weather holds tomorrow we will be pushing hard to make the top ten. We are working together inside Honda to improve, Marc was here also today watching and listening to the team talk.”

“The new chicane is good here, it reduces the speed and they have done a good job. It’s a bit bumpy but the chicane makes the track very different. It was a productive day today, I was able to get some good information and work with HRC and Marc on a few points. We are making good progress, both for this weekend and for the future. Let’s see what happens with the weather, times are very close so a bit of rain can really mix things up.” 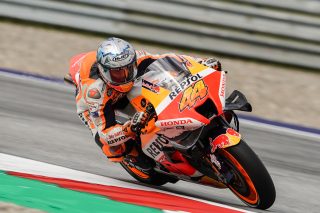 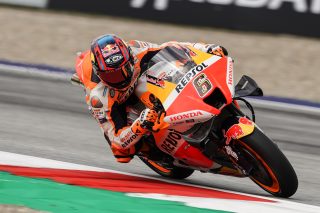 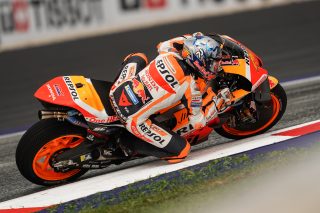 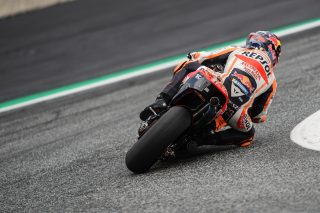 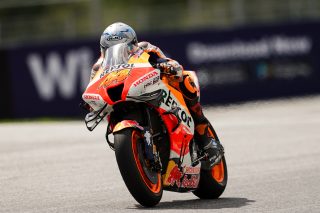 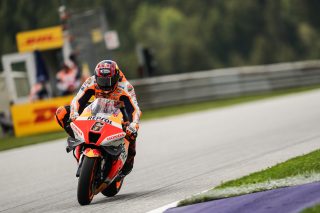 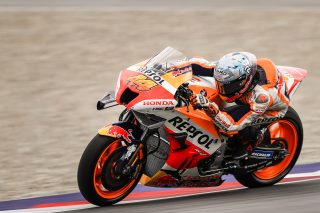 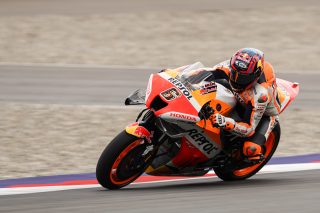 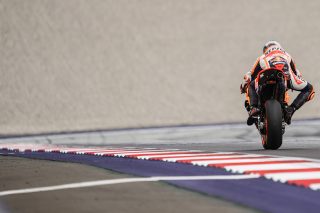 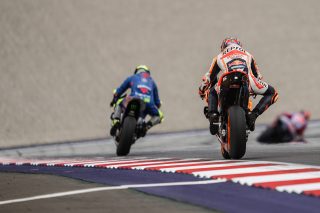 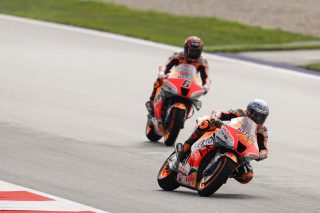 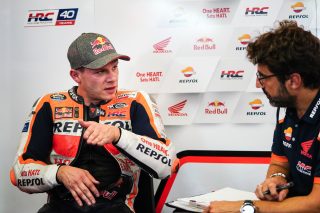 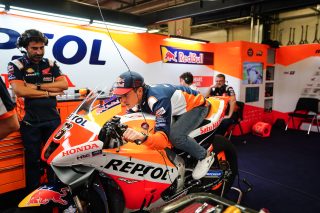 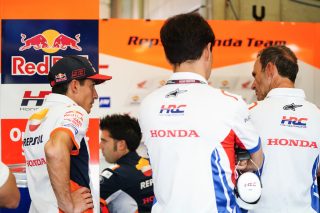 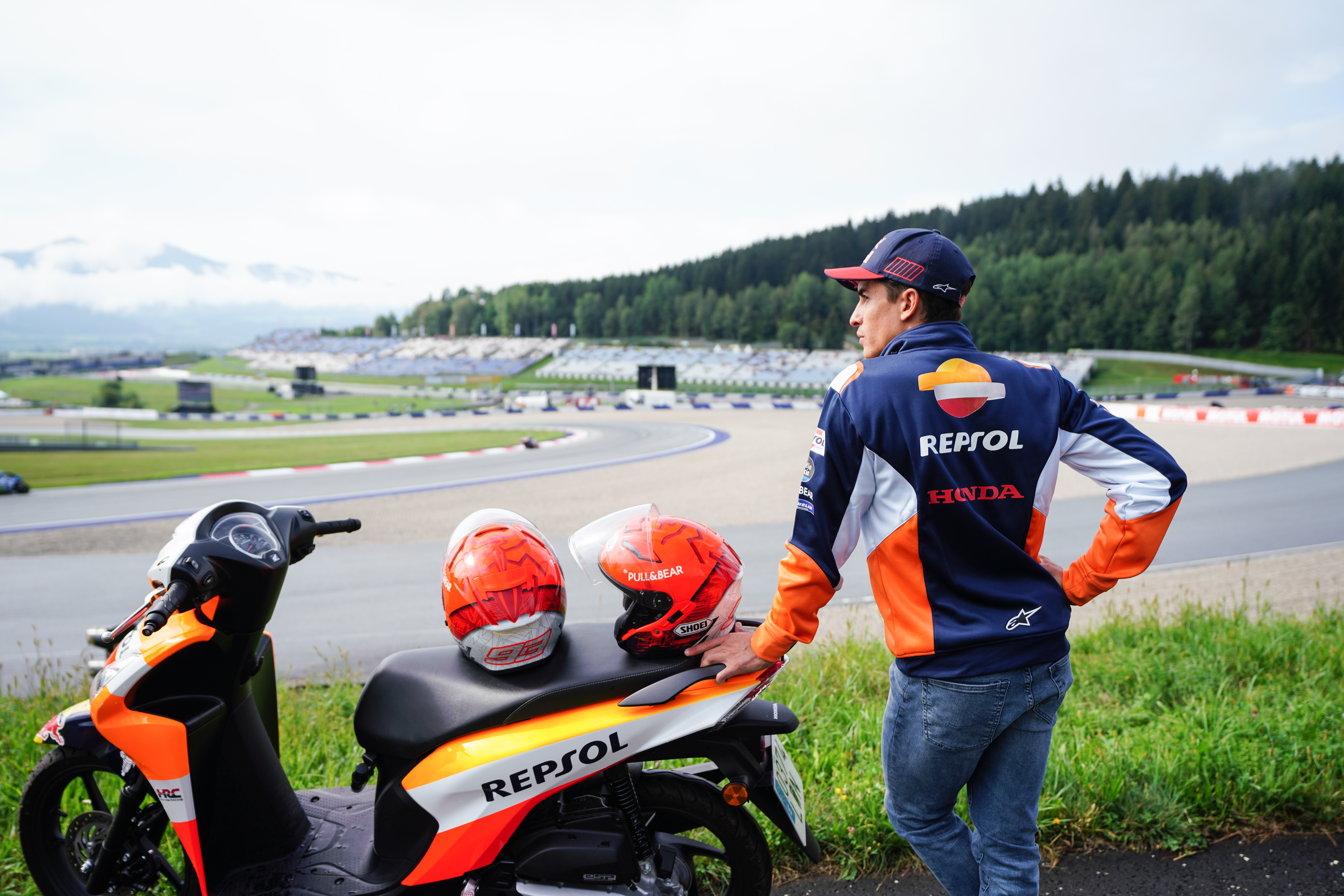 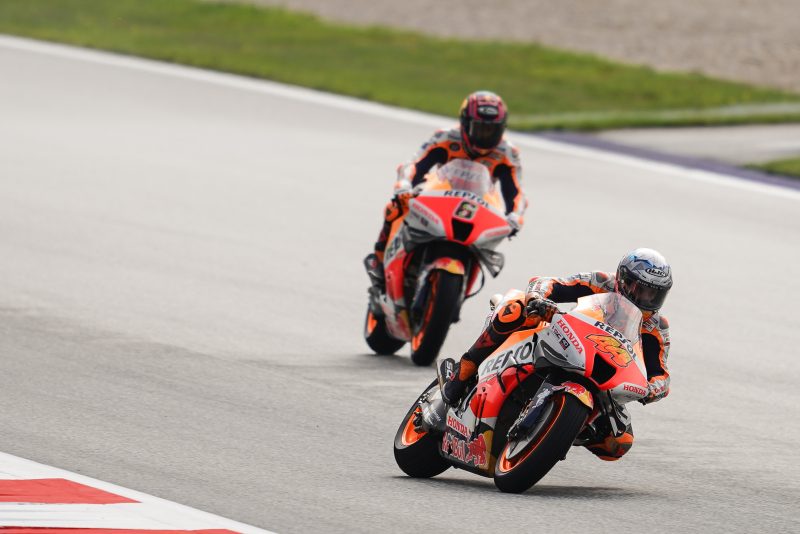