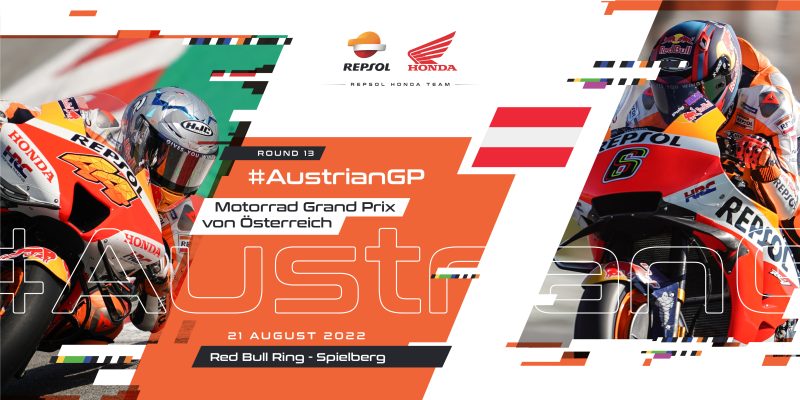 Pol Espargaro and Stefan Bradl are eager to get their heads down and get back to work as the World Championship arrives in Austria for Round 13.

The Red Bull Ring in Spielberg, Austria will feature a revised layout for the 2022 Austrian Grand Prix as a chicane has been added just before Turn 3 at the top of the hill. This formerly ferociously fast approach will now become more technical with the revision. Coming from the longest circuit on the calendar to the second shortest will call for riders and teams to first adjust the setups of their machines. Races at the Austrian GP have classically been last-lap thrillers with exciting battles out of Turn 10 featuring in almost every edition of the event.

Pol Espargaro was involved in one such battle in 2020 when he took third and claimed his second premier class podium, going on to take six more since then. The #44 arrives in Austria with a point to prove after two challenging races in Austria the previous year. With the intense stop-start layout of the track, the weekend is sure to give Espargaro and the Repsol Honda Team more valuable data as they hunt their pre-season form. Now with a race under his belt after missing two Grands Prix and not riding over the summer break, Espargaro is assured of his bike fitness and aiming to work hard from FP1.

Although Marc Marquez will be visiting the Repsol Honda Team in Austria, Stefan Bradl will again contest the weekend in the iconic colours. This will be Bradl’s fourth race at the Red Bull Ring, having previously raced there in 2019 and the two 2020 editions. His best finish so far came in 2019 when he was 13th. Since the German GP, Bradl has shown constant progress during the weekends to consistently keep pace with the full-time World Championship grid.

“Races in Austria always seem to be very dramatic but it is always a nice weekend. It’s a very particular lay out with a lot of very heavy braking, very stop and go and only a few corners. Let’s see how we perform this weekend, the Repsol Honda Team and HRC are working a lot to improve our situation. I am interested to see how the new chicane feels, the run to the top of the hill was very fast so I think this will be quite different. Our objective is to put together a smooth weekend and qualifying better, that’s key.”

“It’s nice to race in Austria again, the fans always give me a very warm welcome. I have some good experience at the track over the last few years so it won’t be like in Silverstone where I had to remember the track. With shorter tracks like this, the gaps in MotoGP get even smaller so you really have to work on finding every single tenth because it can make a big difference in practice and for the grid.”