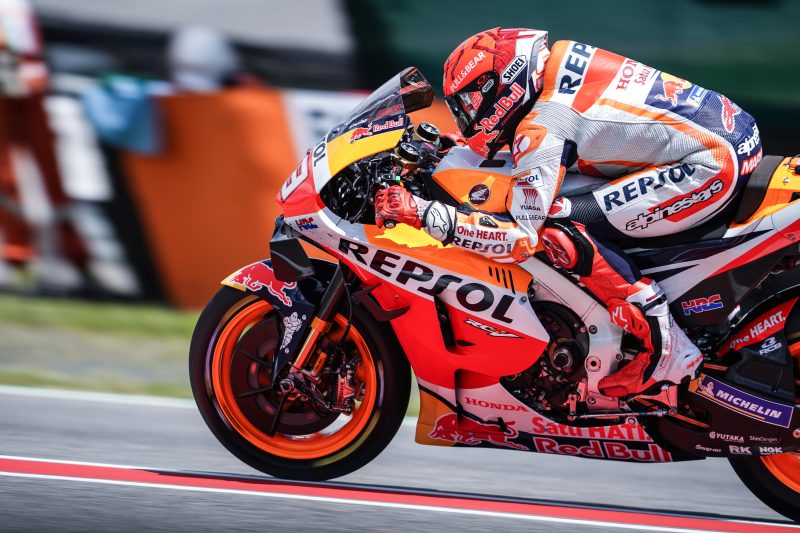 Marc Marquez and Pol Espargaro were hunting improvements on day one as a late charge moved them to 13th and 14th on the overall timings, just 0.013s splitting them as the Gran Premio d’Italia Oakley begins.

The MotoGP World Championship returned to the Mugello circuit for the first time since 2019 as round six of the 2021 season got underway in Tuscany on Friday. Free Practice Friday was held under clear skies with 25°C air temperature and 46°C track temperature, both Marc Marquez and Pol Espargaro able to make the most of available track time on their respective Repsol Honda Team RC213V machines.

It proved to be a trying Friday for Marc Marquez as he worked steadily throughout the day as he worked through his own plan and assessed his condition. Marquez and his team were aware it would not be a straightforward weekend around the 5.2-kilometer-long circuit and his physical condition remained the major limit on Friday. A late fly lap moved the eight-time World Champion up to 13th overall and just 0.013s ahead of his Repsol Honda Team team-mate.

For Pol Espargaro, Friday in Mugello offered the chance to try the Honda RC213V around another new circuit. Cutting almost a full second from his best time between the two practice sessions, Espargaro continues to make improvements with more and more bike time. Grip during corner entry and at high lean angles is the area Espargaro and his team are aiming to improve over the coming sessions. Espargaro remains confident under braking, feeling comfortable and fast through the first sector of the Tuscan track. Alongside his team-mate, Espargaro’s final lap of Free Practice 2 proved to be his best of the day as his 1’46.986 placed him 14th overall on the combined times.

Forecasts are predicting similar weather conditions on Saturday which should result in an exciting Free Practice 3 session as the 22-strong field vie for position in the combined top ten. The session is scheduled to begin at 09:55 Local Time.

“We did not change the setting of the bike a lot today, we worked more on small things and the position of the bike to help my riding. We need to be patient; I am not riding like I want to be riding and we could understand our limitations quite quickly. I knew it would be a hard weekend before we started. Tomorrow we will see the situation but for the moment we are focusing on ourselves, doing our laps and working on what we need to do. At the end of FP2 we did a bit of a time attack and were able to improve our position a bit.”

“Today we were working a lot to improve the grip, we are struggling on corner entry – not on the brakes but on the last part where you release and turn the bike. Also with a lot of lean we are looking for something more. Under braking, the first corner and the first sector I feel good, even if our fastest lap didn’t show it. We need to clarify some things for tomorrow and try what’s possible. A night for the brain to process everything will help a lot after not coming here last year. Tomorrow we will come back with fresh ideas and more energy.” 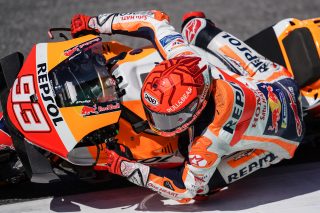 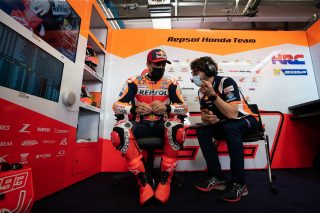 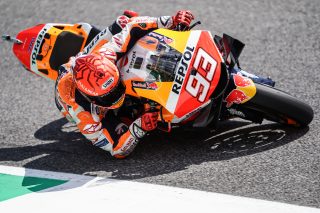 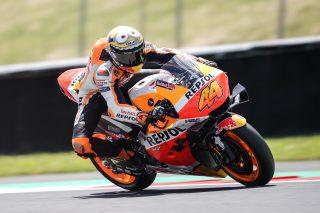 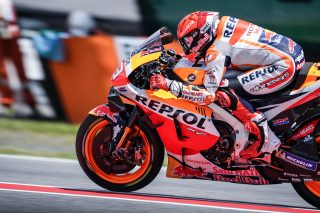 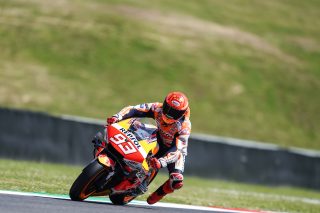 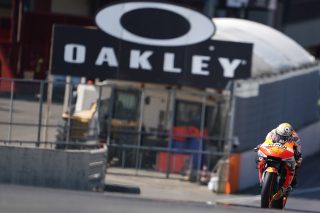 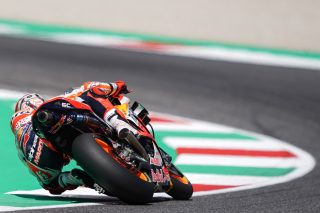 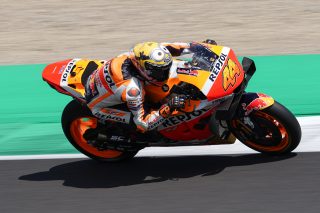