Repsol Honda’s Marc Marquez and Dani Pedrosa have put on a wonderful show for the 50,949 strong crowd in San Marino today and clinched the team’s eighth double podium of the season, finishing 2nd and 3rd respectively.

Pole man Marc dropped back at the start, losing two positions as Lorenzo took the lead and Dani moved into second, from fourth on the grid. Marc then made a small mistake on lap five which allowed Rossi to pass him and he slipped to 4th whilst Dani tried to stay with Lorenzo. On lap thirteen Marc passed Rossi and on lap eighteen he caught Dani and also passed him. Dani showed determination as he re-overtook Marc on lap 22 before Marc came back on the same lap and stole 2nd place.

Marc has stretched his lead over teammate Dani, but Lorenzo has closed the gap slightly. Marc now has 253 points with five races remaining, with Lorenzo in second, on the same points as Dani in third, with 219.

“We’ve taken another 20 World Championship points today and, considering how the race went, I think that is a good reward! At the start of the race I knew that I had to be careful, but I made two mistakes and lost a lot of time with the second of those. Maybe I was lacking a little experience – it’s my rookie season and it is normal to make a few errors. I also didn’t feel completely comfortable with a full fuel tank. From the midway point onwards I felt a lot better. To finish second is a great result, even though Lorenzo has gained five points on us, we are an extra four ahead of Dani. We are happy and have a lot of motivation to keep fighting hard at Aragon!”

“I gave my all in the race today. I rode as well as I can ride, putting everything into every lap and trying to take every corner perfectly. Overall, this hasn’t been our weekend, generally speaking, because I had a lot of grip problems with the rear tyre on every day of the GP. In the race today it was even more noticeable, so I couldn’t have done things any better.” 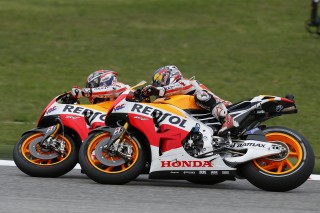 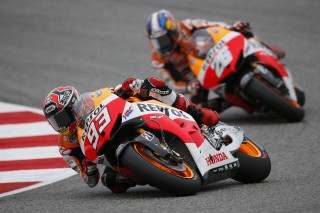 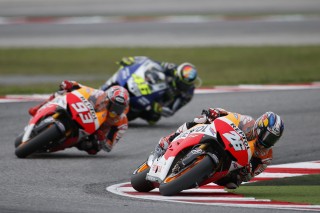 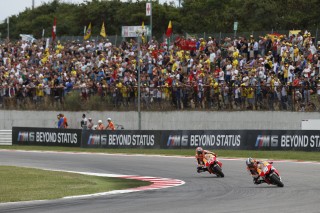 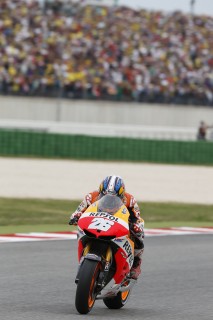