Repsol Honda’s Marc Marquez has recorded his seventh pole of the season for tomorrow’s German GP, with teammate Dani Pedrosa in second and local boy Stefan Bradl completing the front row aboard his satellite LCR Honda.

After a tricky FP4 session where rain was a constant threat, the sun was shining for Q2. Marc’s first exit was spoiled by a tyre issue but on his second run there was no stopping him. He set a time of 1’21.126 on lap seven, taking provisional pole, and then on lap nine he set a blisteringly fast time of 1’20.937, snatching Casey Stoner’s pole record from 2008 (1’21.067). Marc has qualified on the front row at the last twenty-one races, and this is his sixteenth MotoGP career pole (in just 27 races) signifying a 59.2% pole ratio in the premier class.

Teammate Dani was also in superb form, setting a time of 1’21.233 on his first run. However, he found himself in the gravel after a small mistake in turn one on his second run and was unable to return to the pits and get back out on track in time. His time remained second fastest and he will start from the front row for the sixth time this season.

"The weekend has been affected by the crash I suffered yesterday, but I kept my nerve and little by little we’ve been getting better. I felt good yesterday afternoon and I was much better this morning. In the few laps I did in FP4, I could see that we had a good pace and a chance to fight for pole position. With the first tyre I didn’t feel entirely comfortable, but with the second one I had a good feeling and could see that there was good grip - so I decided to push a little more and put in a strong lap. Starting from the front is important for the race tomorrow, because this is a circuit where it is difficult to overtake. We will try and keep up the pace from practice, which I think has been good.”

"It was a good qualifying session and we had a good pace, despite the crash which was my fault when I think I hit a bump under braking but luckily I'm fine. I’m very grateful to my mechanics for the work they did yesterday to get the bike back running again after my crash in FP2. Tomorrow we will try to do our best, position ourselves well from the start, make a good tyre choice and hope the weather is kind to us! Our setup is definitely good, so I hope to have a good race.” 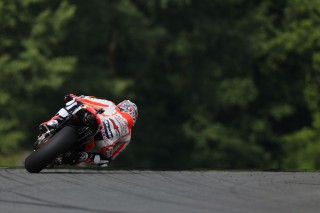 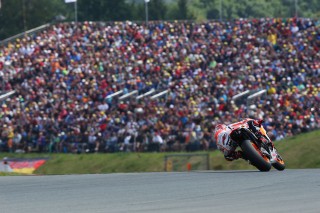