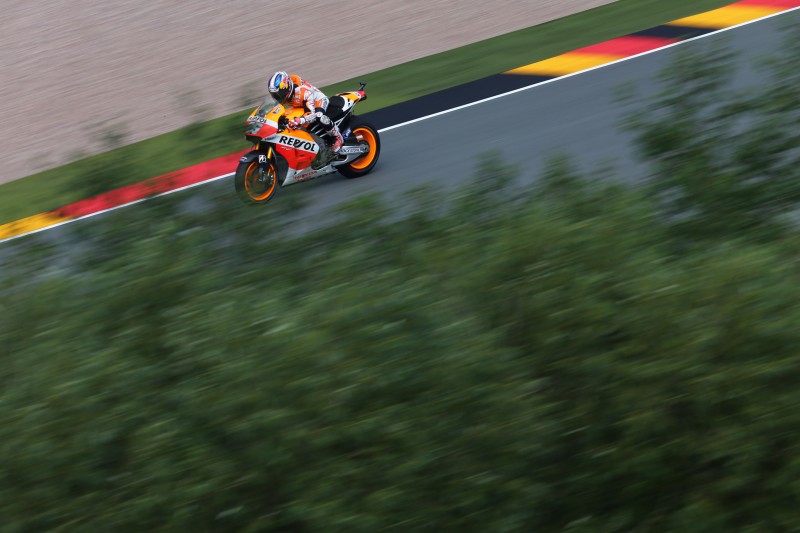 The Repsol Honda Team have endured a tough start to the German GP in Sachsenring, with both Marc Marquez and Dani Pedrosa crashing.

Marc’s crash came this morning on his fifth lap in turn two, where the reigning World Champion and current Championship leader made a small mistake and engaged third gear causing a vicious high side where he landed heavily on the side of his head and left him with a painful neck. He was able to go back out on track and record a fastest time of 1’22.767 (lap 11 of 17) finishing 6th for the session. Dani also had a slower start in FP1 and his fastest lap of 1’22.848 (lap 21 of 22) placed him 8th.

This afternoon, after receiving treatment to his neck, Marc was able to improve his time by six tenths with a fastest time of 1’22.158 (lap 6 of 20) putting him second fastest for the day. Teammate Dani also improved from the morning session with a fastest lap of 1’22.589 (lap 3 of 18) placing him 9th, but he had a heavy crash on lap five in turn twelve. He went back out on track but wasn’t able to better his earlier time and finished 10th fastest in the combined times.

"The day went very well, because even though I crashed I was fortunate not to get injured, but the impact was hard. The crash was a little strange, but when we looked at the telemetry later on we understood why it happened. It's a long left turn in second gear on the throttle the whole time, and I accidentally touched the gear shift lever with the toe of my boot. This engaged another gear and as I was leant so far over - and had the gas open - the rear wheel slid out and I was thrown off. The afternoon session was really good and I felt comfortable on the bike again. l was able to put in a good lap, but most importantly I kept up a strong pace."

"We were fortunate to have two dry sessions to test out the track today, it went pretty well and I had a good feeling, but I also suffered a crash. During the two practices I had problems with the brakes, and it was precisely at a braking point that I pushed too hard and crashed. However, I was able to go out again with another bike and continue riding through to the end of the afternoon session." 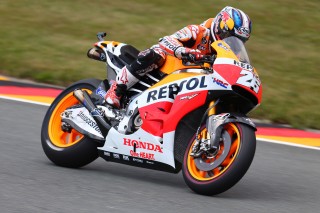 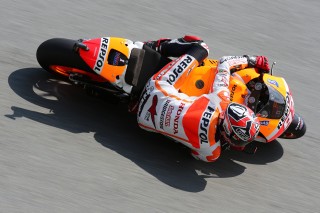 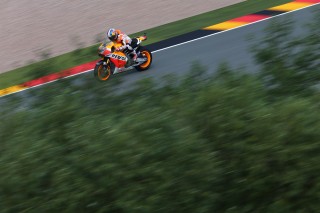 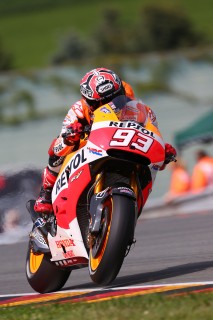