Today in the GP of Germany, Repsol Honda’s Marc Marquez has taken his second win of the season and regained the lead of the Championship. Unfortunately, it was more disappointment for his teammate Dani Pedrosa who this morning was cleared by the medical staff for warm up, but then suffered a repeat of his dizzy spells as a result of his crash in yesterday’s FP3 session. He failed to take part in warm up and after doctors visited him again later in the morning at his motorhome they declared him unfit to race.

In contrast, it has been a very good weekend for Marc. Starting from pole position, his third of the season, Marc dropped back to 4th briefly before passing Espargaro on lap three, Rossi on lap five and Bradl on lap six to take the lead. He then opened up a gap and controlled the race, fending off a late challenge from Crutchlow. This is Marc’s fourth successive win from pole here in Sachsenring (2010 in 125cc, 2011 and 2012 in Moto2) and completes a perfect weekend, after also taking pole and fastest lap (1’22.066).

Since the introduction of the four-stroke MotoGP class in 2002, Honda have been the most successful manufacturer with eight wins in Germany.

Marc now leads the Championship on 138 points with Dani, who drops to 2nd on 136 points.

“I am very happy with this victory. It was important to have a good race under the circumstances this weekend, without Dani and Jorge on track. I wish them a speedy recovery, because winning is important but without them the triumph isn’t quite the same. Even so, it is a good result, since we have taken the maximum points available and ridden a completely different race to those that we’ve had before. We led the race and maintained the gap to second place. It was good experience, although I perhaps prefer races that are a little more of a battle! We should be happy, and we have also held up well physically at a circuit where there is no time to rest on the bike. We’ll see how it goes in Laguna Seca, which will be a hard GP for me because I’ve never ridden there. We’ll take it step by step and remain calm whilst we get up to speed.”

“This morning I had my check up in the medical centre and I felt okay. My shoulder was painful but otherwise I felt fine. The doctors declared me fit to take part in warm-up. Then shortly before the session I began to feel dizzy again and my blood pressure dropped. The doctors came to see me in my truck and we decided I shouldn’t take part in the session. I returned to my motorhome to rest and still felt dizzy and sick. The doctors arrived at my motorhome and informed me that they did not consider I was okay to race and would therefore declare me unfit.” 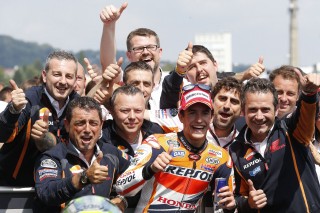 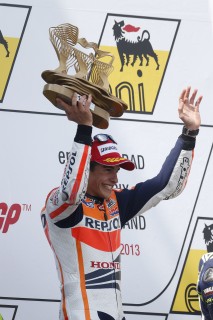 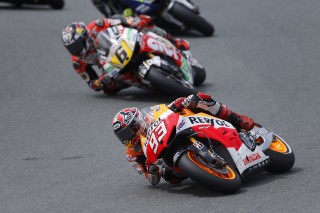 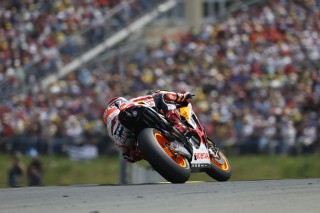