Marc Marquez won the Red Bull Grand Prix of The Americas today and in doing so, has become the youngest ever rider to win a premier-class grand prix at the age of 20 years 63 days taking the record from Freddie Spencer (who was 20 years 196 days when he won the Belgium 500cc GP at Spa-Francorchamps in 1982). His teammate Dani Pedrosa, finished just 1.5 seconds behind him in second position, sealing a great weekend for the Repsol Honda Team and Honda, who with this victory celebrate their 6th consecutive win on American soil.

The Spanish riders, wearing black armbands as a mark of respect for those who lost their lives in Boston and in West in the last days, set the pace from the first laps. Marc slipped back to third at the first corner and Dani took the lead. Marc regained second position and tracked Dani for twelve laps before passing him with nine laps remaining. It was then Dani’s turn to chase Marc, who had chosen the harder rear tyre (Dani was on a soft), but finally the young MotoGP rookie, who completed a perfect weekend with pole position, fastest lap (2’04.242) and victory, held on for his maiden MotoGP win, in just his second race.

“After taking my first podium in Qatar I was very happy, but I am even more so today after my first win! It went better than I expected and I am very grateful to the team for their efforts over the preseason. We have worked very hard and, without this, the victory would not have been possible. The race was very intense and physical, as I followed Dani for many laps and then decided to launch an attack and try to open a gap with ten laps to go. I could not pull the gap I wanted as some problems with the front emerged that we’d experienced throughout the weekend. Despite all this, we were able to take the victory. The 25 points are important, but what is more important is to have achieved a win in my second race in MotoGP. We realise that more difficult circuits lie ahead for us, but we will try to give 100% at all of them. Our battle is not the one for the championship, but rather taking it race-by-race and enjoying every moment.”

“Today's race was good and I'm happy with this second place. We had great pace, even though we knew that Marc was very strong. I tried to ride my own race and in the end I was losing a lot of time in the chicanes. I was tiring physically and I could not handle the bike well – especially in the first part of the circuit. In the second section of the track I was recovering quite a lot of time, but it was not enough. Furthermore, in one of the three laps before the end I made a mistake, lost around 1.5 seconds and Marc was able to get away. That was the point at which the race was lost for me. Still, I'm happy, my riding was pretty good today and I have improved compared with Qatar. I have to congratulate Marc as well, because he did a great job! Now we need to focus on Jerez – a circuit I like a lot.”

Race Round 2   Red Bull Grand Prix of The Americas Americas 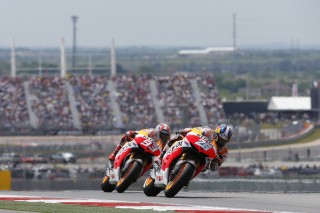 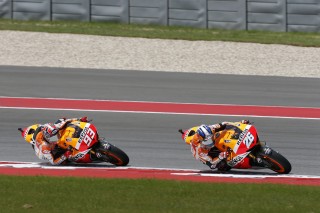 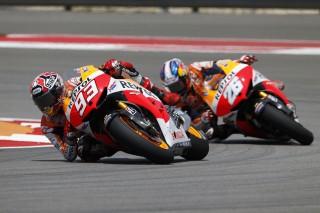 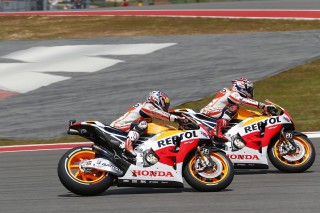 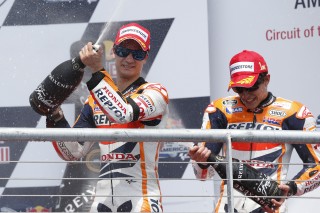