Tonight in the Grand Prix of Qatar, Repsol Honda’s rookie Marc Marquez, took a fantastic 3rd position to claim a podium finish in his first race in the premier class with teammate Dani Pedrosa finishing just three seconds behind him in 4th position.

It was an intense race from the start with Dani moving up to second by the first corner. Marc dropped back briefly to 7th but fought through the pack and up to 4th by lap two and then up to 3rd, behind Dani by lap three, setting the fastest lap of the race with 1’55.445. The two Repsol Honda riders then stuck together for fourteen laps with only a few tenths between them, until Marc passed Dani on lap sixteen.

In the final laps, Valentino Rossi came through the pack and passed Dani on lap eighteen and Marc was unable to hold him off on lap nineteen. He battled and briefly overtook Rossi, but finally settled for 3rd just over two tenths behind the Italian.

“To tell the truth, I was pretty nervous on the grid because it was my first MotoGP race. I do not think I’ve ever been so nervous before. I found it hard to keep calm and I was not as focused as I used to be in Moto2. However, I regained my concentration at the last moment. The start was important and we knew that we were taking off from the dirty part of the track. I did not get off well, but I was able to attack on the opening laps and overtake many riders. I think that this was the key. When I rode behind Dani I learnt a lot; also later on with Valentino. Fighting against him is always nice to watch, but it’s always tough at the same time. Valentino was a tough rival to try and overtake on the final laps. He beat us this time, but we hope to learn from him and from everyone who went faster than us.”

"Today’s race was good, in part. I rode strongly and at a good level, although I had to slide around a lot during the entire race to combat a lack of rear grip. I saw from the opening lap that Lorenzo was going much faster and I tried to keep my position, because I knew that in the corners the traction issue came into play. I tried as hard as I could to keep my position, but then Rossi came through at a blistering pace and, to tell the truth, I could not stop him. I did all that I could, but it was not enough. Maybe there was a set-up issue with the rear, because I had problems with it all weekend and we did not have enough grip tonight. In the end I was off the podium, which is a shame considering that we had some good preseason tests and that the set-up was good in those tests. For some reason, it just did not work for us tonight.” 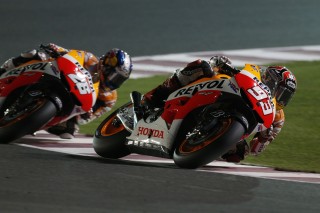 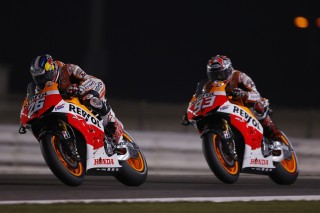 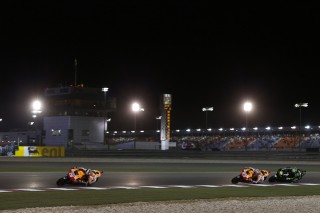 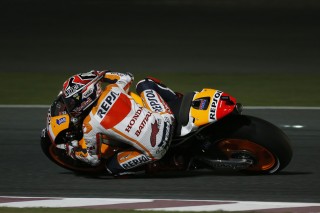 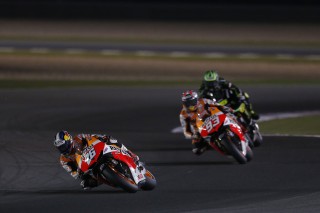