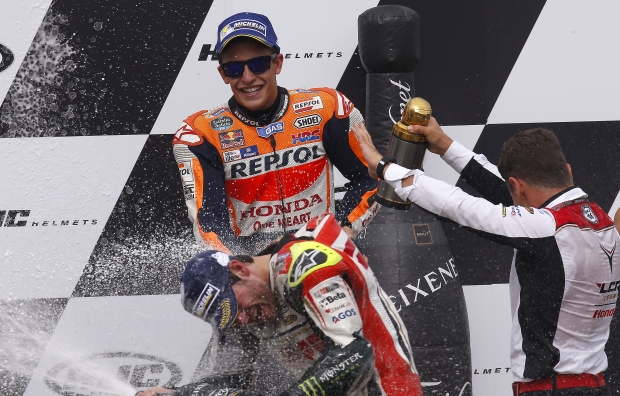 Race day in Brno dawned under a heavy rain that stopped about an hour before the start of the MotoGP race, leaving the track completely soaked and the strong possibility of a flag-to-flag race. With that in mind, Marc and Dani with their teams opted for soft rain tyres, front and rear, a choice that proved less than ideal as the track never dried off enough to recommend a bike swap.

Marc was the only rider on the podium who raced on both the softer rain tyres option, a fact that highlights his talent and race craft. After crossing the line in first at the end of lap one, Marc had to give way to four Ducatis charging from behind, but he managed to control the gap and not loose too much ground. He was also careful to manage his tyre wear by choosing the wetter lines, and after Crutchlow and Valentino Rossi also passed him, he was able to overtake Andrea Iannone and Hector Barbera and take third.

With Jorge Lorenzo out of the points, Marc extended his leadership in the Championship to 53 points over second (now Rossi) and 59 over Lorenzo.

Dani Pedrosa experienced a very difficult race. He didn’t get a good start from ninth on the grid and ended the first lap in 12th. In the first phase of the race, he was able to keep the same pace as his teammate and recovered a few positions, but as the track progressively dried off, he lost speed and just managed to finish in 12th place. He nevertheless maintains fourth position in the Championship.

Tomorrow the Repsol Honda Team will take part in a one-day post-race test.

“I’m happy with the end result because the most important thing is that today I extended my advantage over second in the overall standings, as I only dropped four points to Valentino [Rossi] while Jorge [Lorenzo] didn’t score points. We proved that we’re competitive both in dry and wet conditions. This year we’re working like ants, making gradual, steady improvements and having a very complete season without changing our mindset. I made a mistake with the tyres choice, but it’s easier to judge things in hindsight. Perhaps the best choice was the hard compound on both the front and rear, but I was expecting a flag-to-flag race since the track normally dries quickly, which wasn’t the case today. When I saw that there was less than 10 laps to go and the track was still wet, I started to manage my tyre wear. I saw that [Cal] Crutchlow and Rossi had a faster pace, so I concentrated on my other rivals and I can say I won the battle with them.”

“It has been a disappointing day. Actually I didn’t have the right feeling on the wet today while normally I’m quite fast in the rain. Since the change they made in the front rain tyre after Assen I have been struggling a lot to be fast and today my main problem was that the wheel locked when I was braking. That’s meant that I couldn’t use the front brake to stop the bike, I was forced to stop the bike a lot with the engine but obviously I was very slow and I had no chance. We never cease working hard, hopefully we will come out with a solution both for the dry and the wet”. 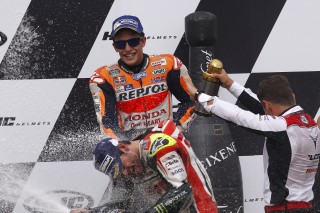 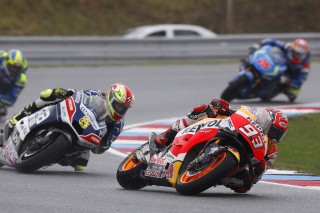 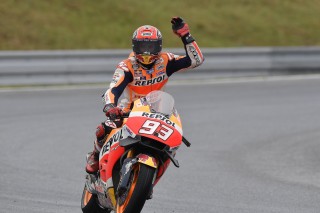 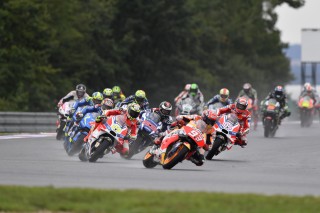 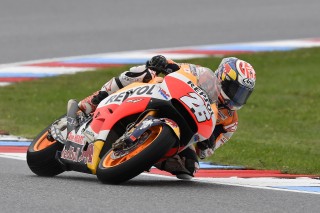 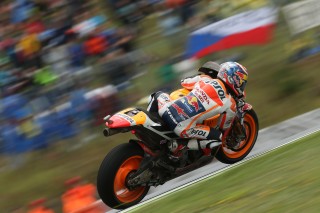 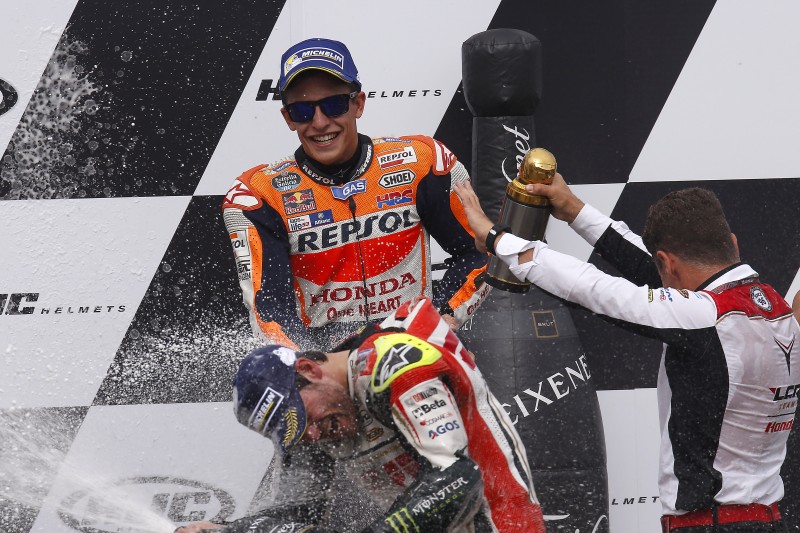