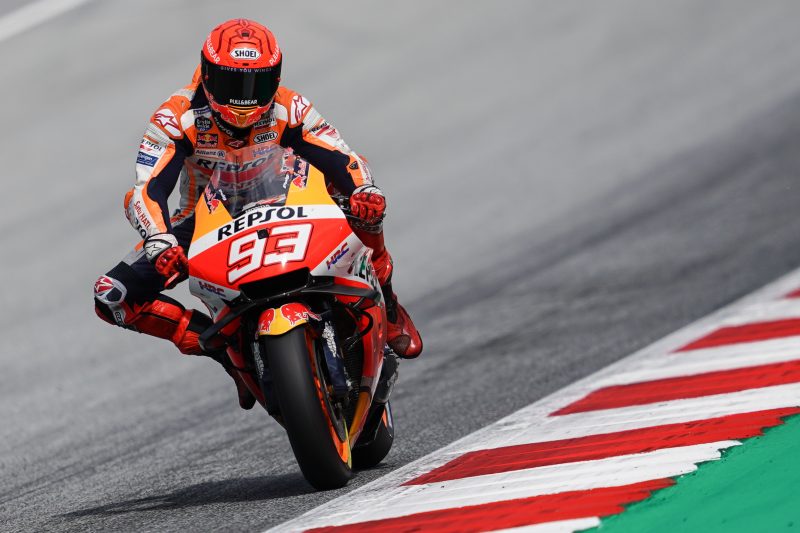 Saturday in Austria left the Repsol Honda Team wanting more as Marc Marquez and Pol Espargaro only managed the third and fifth rows of the grid respectively after two tight Qualifying sessions.

Clear conditions across Saturday saw lap times tumble around the Red Bull Ring as the MotoGP World Championship battled it out first for a spot in the top ten and then for pole later in the day. The Red Bull Ring produced a blistering Q2 session with Marc Marquez’s pole lap record falling.

Once again there was no waiting around for Marc Marquez who was able to improve on his best time from Friday almost immediately. Diligent work throughout Free Practice 3 saw him seal a place in Q2, Marquez making the most of the track time in FP4 to prepare for Qualifying and the race. Progress was made throughout Q2 as Marquez worked to improve his best time, dropping under the 1’23.5 barrier on his penultimate lap. Having set a personal best time through the first sector on his last flying lap, the eight-time World Champion suffered a harmless fall at Turn 3 and while he and his RC213V were unharmed, he was unable to improve his time. Marquez will line up eighth on the grid for the 28-lap race and is ready to do battle, pleased with his overall pace.

Unfortunately for Pol Espargaro the morning session did not go to plan after a fast start and Espargaro missed a top ten position by only 0.017s. The difficulties continued into Q1 as Espargaro, set to make his 250th Grand Prix start this weekend, was unable to battle for the top-two positions and will line up 15th on the grid for Sunday’s race. With a number of big names around him such as Rins and Binder, the scene is set for a recovery ride after Saturday’s troubles.

Forecasts are pointing towards rainfall on Sunday just as the MotoGP race is set to begin at 14:00 Local Time. Both Repsol Honda Team riders are ready to give it their all for the first of two races here at the Red Bull Ring.

“Today I am happy about the day overall because we made a step or two and our rhythm is looking good. I am also feeling better on the bike, which is a positive. We were more realistic with our expectations for today. In Q2 itself, the performance of the bike could have achieved more. Not pole position, even with a fast first sector, but we could have been higher. Fortunately it was just a very small fall and I am all OK. I feel better with the used tyres than I do on the new tyres. Starting in eighth will be tricky, especially passing the Ducati’s here but it will be a long race and also the weather could play a part.”

“It was not the day that we had planned or hoped for today as we were struggling a lot. Our overall pace is not too bad, but we still can’t drop our lap times as much as the other riders with the new tyres. I hope it rains tomorrow because then we can show what we can do, no matter what I will give my everything tomorrow for the race. Our struggles are the same as before, we are lacking traction and it’s hard after the summer break. But we put our heads down and keep working, this is all we can do.” 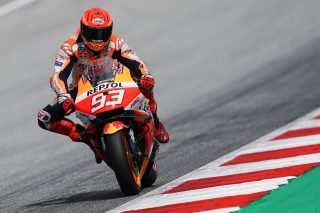 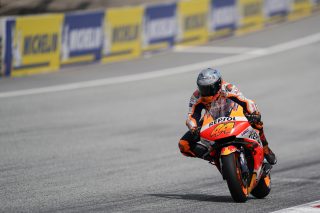 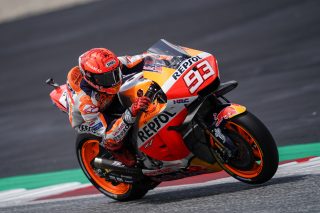 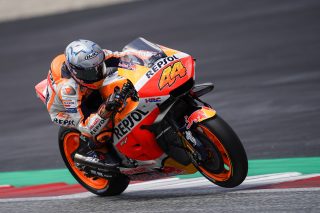 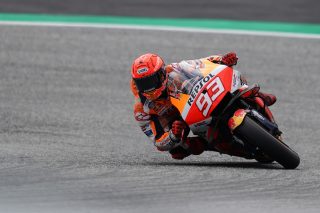 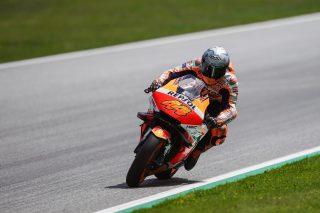 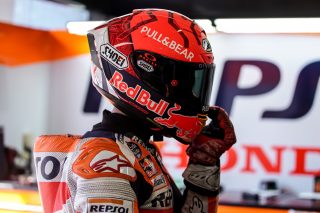 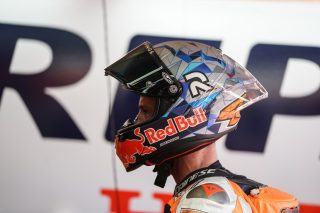 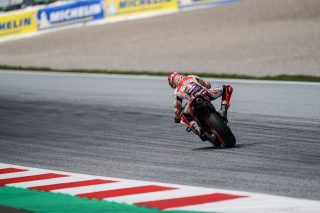 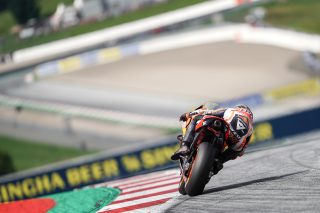 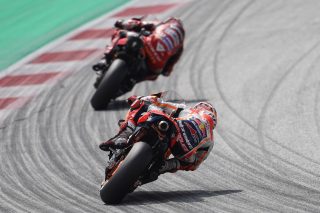 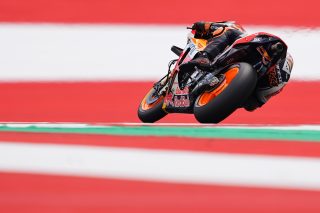 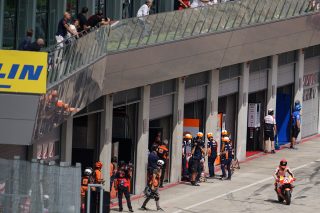 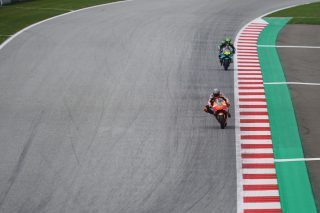 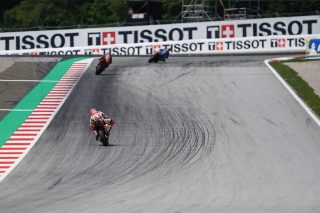 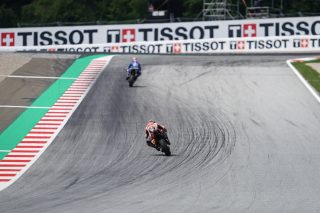 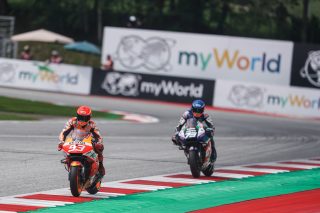 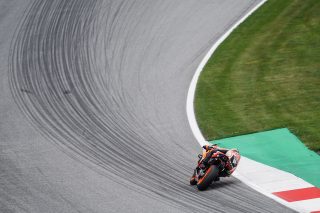