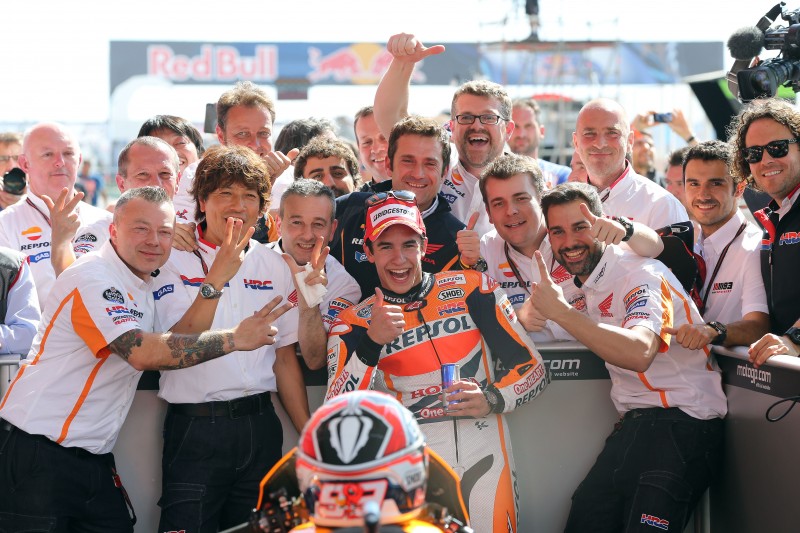 2013 World Champion Marc Marquez has enjoyed another fantastic race weekend taking victory from pole position. He has become the first rider since Valentino Rossi in 2001 to win the opening three premier class races of the season, and all from pole – a feat not matched since Giacomo Agostini back in 1971.

Teammate Dani Pedrosa capped the amazing weekend for the Repsol Honda team with his second place finish at the Red Bull Argentina GP, and has now finished on the podium at the last seven MotoGP races – his longest sequence of successive podium finishes since 2012. He now moves ahead of Alex Barros, into third place, on the top ten list of all-time point scorers in the premier class. (1st Rossi – 3884, 2nd Doohan – 2298, 3rd Pedrosa – 2092, 4th Barros – 2079).

It was a difficult start for Marc and Dani, who were 1st and 2nd on the grid respectively, slipping to 2nd and 5th by turn one. The early stages of the 25 lap race were filled with drama as riders passed and ran wide and Marc dropped back to 6th with Dani 7th by lap three. As the race began to find its rhythm, so did Marc and Dani, and they started to move through the traffic. By lap five Marc was up to 2nd behind Lorenzo but Dani was still amongst the pack. However, he overtook four riders and by lap nine was up to 3rd behind Lorenzo and Marc.

Marc was content to sit behind Lorenzo for thirteen laps but finally made a move on lap seventeen passing him comfortably and opening up a two second gap in just three laps. Dani then began to close the gap on Lorenzo. He set the fastest lap of the race (1’39.233) on lap twenty two and then on the penultimate lap he passed Lorenzo to claim second place for the Repsol Honda Team.

Marc has extended his lead in the Rider Championship to 75 points, with Dani on 56. Honda lead the Constructors Championship by 28 points and also the Team Championship by 68. The team must now pack up and fly directly to Andalucia, Spain for the GP of Jerez next week.

“I am happy with how the weekend went in general and I’d like to thank all my team! I think it was a nice race for the fans, with plenty of passes and I wasn't expecting it to be like that. As the race went on and I saw what the gap was to Jorge Lorenzo and I tried to catch up with him quickly and spend a few laps on his tail. When I saw that Dani was getting closer, I tried to overtake in order to maintain more of a gap. I took 25 more points today which are very important and I've put together three wins in a row, but we are aware that the season is very long and we are now heading to Jerez where Dani and Jorge are very fast. We will need to be up there with them, fighting for the win!”

"I enjoyed the race but after losing some time at the start it affected me and I found myself alone again. In the final part of the race I had a good pace and was able to recover places, but it didn't count for much. I took second place, but with the pace that we had we could have pushed for the win. You always have to learn and maybe I saved my tyres too much when I was riding as part of the group. Fortunately we found a good setup that allowed us to be more competitive, and this is positive.” 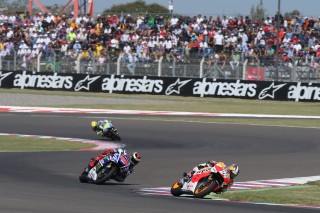 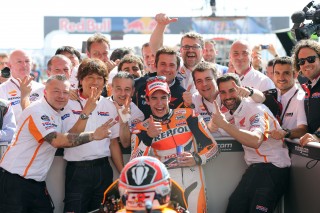 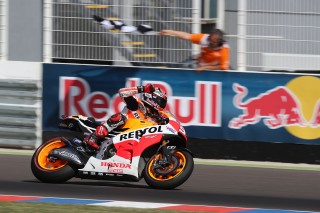 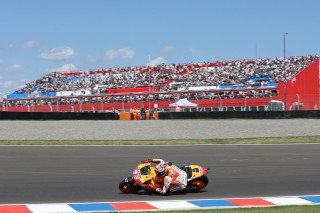