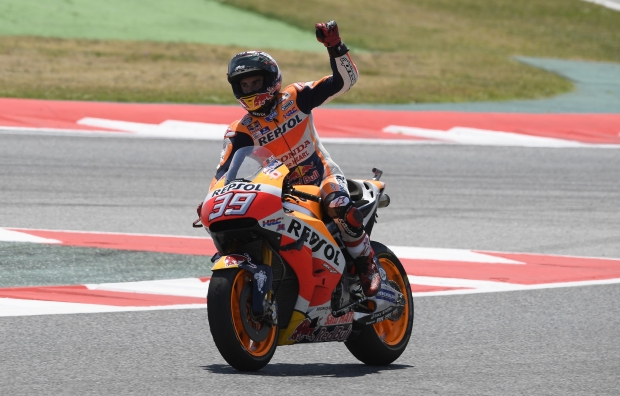 Marc Marquez and Dani Pedrosa both finished on the podium in an emotional and exciting Grand Prix de Catalunya, on a day that all of the riders and the entire MotoGP paddock treated as a heartfelt tribute to Luis Salom.

Marc, who today reversed his race number to the “39” of Salom, earned second position after a long and fair duel with Valentino Rossi, which saw the Honda rider closely chasing the Italian for 15 laps before engaging in an exciting battle for the victory five laps from the end. The pair overtook each other several times before the penultimate lap, when a small mistake by Marc allowed Rossi to pull a little gap. With the tyres put to a severe test by the higher temperature compared to yesterday, and with faultless Jorge Lorenzo out of the race after a collision with Andrea Iannone, Marc wisely settled for second and for 20 very important points, which put him in the leadership for the Championship ahead Lorenzo, Rossi and Pedrosa.

Contrary to his teammate, who raced on hard-front hard-rear Michelin tyres like most of the other riders, Dani opted for a medium-rear hard-front choice, which proved to be the right one for him. He got a brilliant start from the front row but wasn’t able to keep the advantage into the first turn, finding himself in fourth position. He soon overtook Iannone but was passed by Rossi, who was charging from the back. Dani was then involved in a tough duel for fourth with Maverick Viñales, and by the time he got the better of that and then passed Lorenzo for third, he had already lost close contact with Rossi and Marc at the front. Tough he was able to keep a very fast pace, he couldn’t close the gap with the front pair.

The Repsol Honda Team will remain in Montmeló tomorrow for a one-day post-race test.

“It has been a hard weekend for all the riders, but in the end I think that together we paid tribute to Luis Salom with the Sunday that he deserved. It was a nice race with Valentino. I was suffering a little with the increase in temperature and was never completely comfortable, so I was unable to try overtaking at the right time. I had a couple of scares and started doing the math for the standings in my head, knowing that Jorge Lorenzo was out of the race, and I think that in the end, a podium finish is a very positive result for the Championship. Another thing that’s important for motorcycle racing is that Valentino and I shook hands; it was probably the weekend and the right situation to do so.”

“This has been a positive race. We opted for the intermediate rear tyre because I felt more comfortable with it. On the first few laps I tried not to wear it down too much so as to keep it in good condition for the final stretch of the race. In the fight with Maverick Viñales I lost contact with the front group, but I managed to set a good pace and push a little more. In the final laps, the rear tyre had degraded quite a lot and there was nothing more that I could do. I’m happy to get back at the front and return to the podium, and to do so at home but on the other hand it’s been a difficult weekend for what has happened. Luis’s family wanted us to continue, and we gave our all for him and for them. The minute’s silence, with all the riders and the whole MotoGP family, was really emotional.” 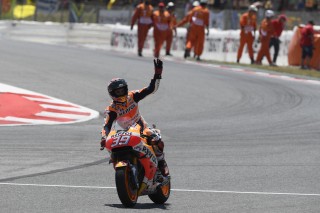 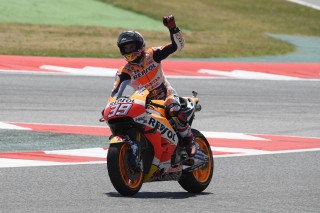 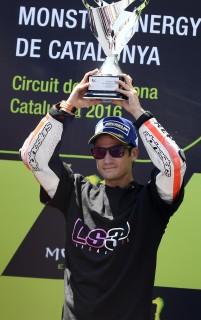 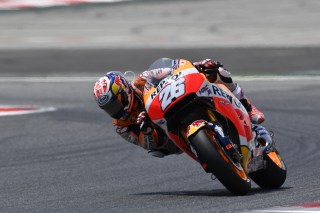 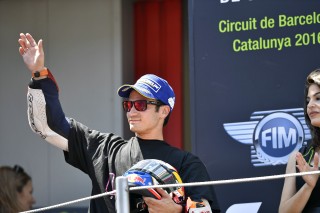 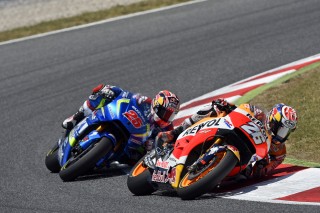 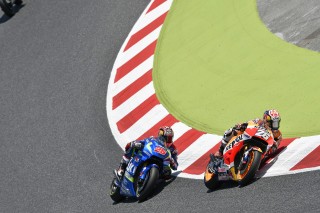 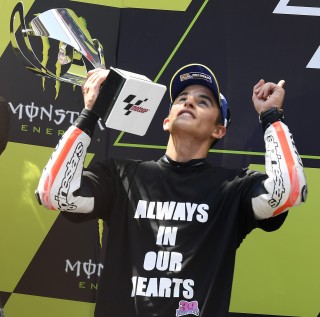 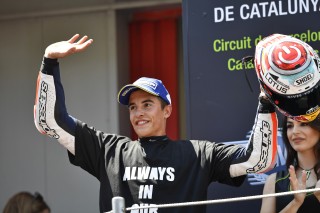 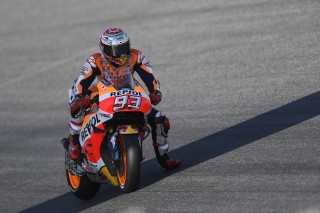 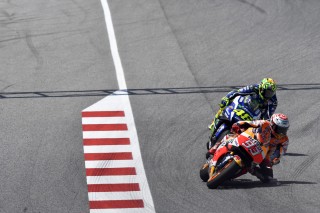 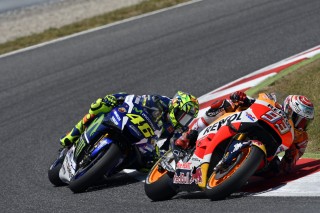 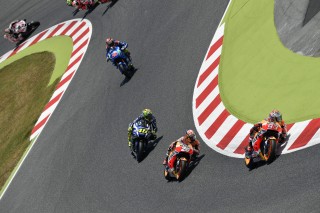 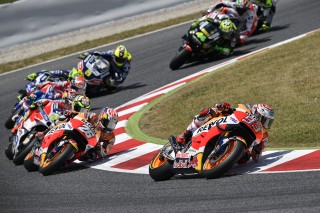 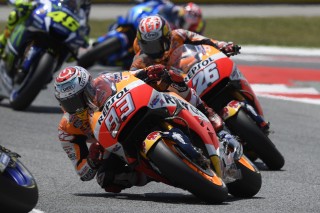 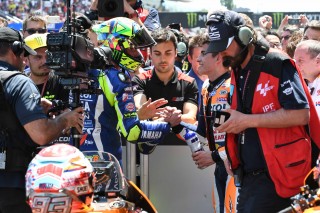 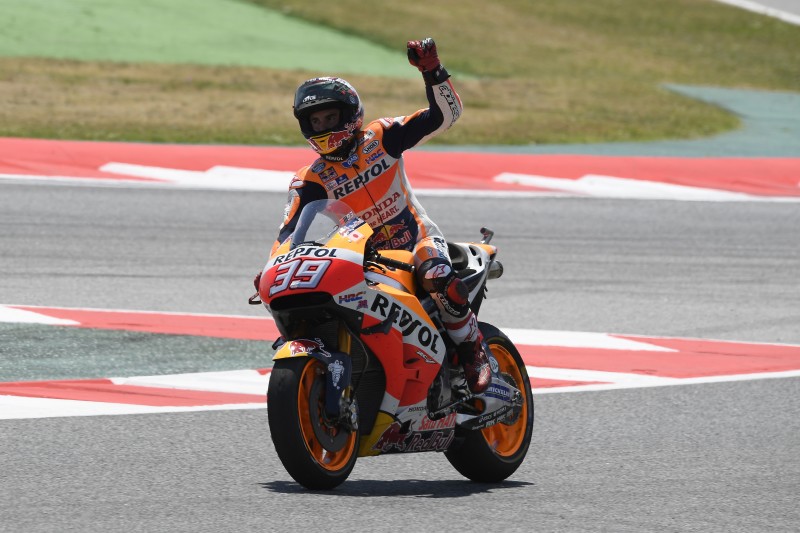