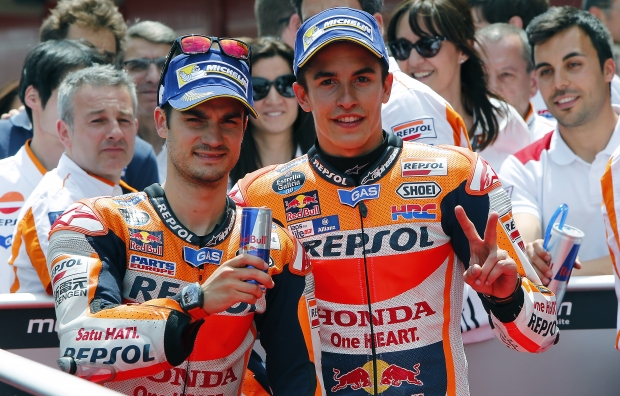 Repsol Honda’s Marc Marquez has scored the 61st pole of his career for tomorrow’s Catalan GP, with teammate Dani Pedrosa on the front row for the first time of the season.

Marc and Dani started the day well – despite a small crash for the former at turn 2 on his favourite bike – posting the second and third fastest times in an FP3 session that was extended to 60 minutes to allow the riders to learn the revised circuit layout, introduced after Luis Salom’s tragic incident yesterday.

After working hard on the setup in yesterday’s free practices Marc and his crew decided to introduce some important modifications to the bike settings for today, which allowed him to improve significantly his feeling on the bike. Marc continued his progress into FP4 and qualifying, recording the fastest time in both sessions.

Dani, who has worked with one of his bike on a new chassis over the last two days and decided to use it on tomorrow’s race, snatched the third spot on the front row after devoting FP4 to finalizing the setup of his RC213V.

“We've worked well, and this morning we had a good feeling, but that fact was covered up because my crash was on the bike that I liked more. I felt very comfortable in FP4, with a good pace when using race tyres. We did a very good job and everything together meant that things worked out well. I’m very happy with the pole position, but we’re already thinking about the race. I don’t know what will happen tomorrow, but I want to dedicate this pole to my grandmother who passed away two weeks ago and to Luis Salom.”

“I’m very happy with a place on the front row; it’s important for me because I had been trying for it all season. Tomorrow we’ll use the new chassis that we’ve been trying here over these two days, and we’ll have to figure out which are the best tyres to have a good race. Today I tried to do my best on the bike to improve in all aspects and in every section, but obviously the last sector is new and it tests the ability of each rider to learn a track quickly. In any case, it certainly is a difficult part. In qualifying I made a few mistakes here and there, although fortunately I was able to get a spot on the front row. Anyway I don’t want to forget what happened yesterday, I knew Luis and his family well, as I started racing with him long time ago with the minibikes at Mallorca. He was a strong and positive guy I will never forget him”. 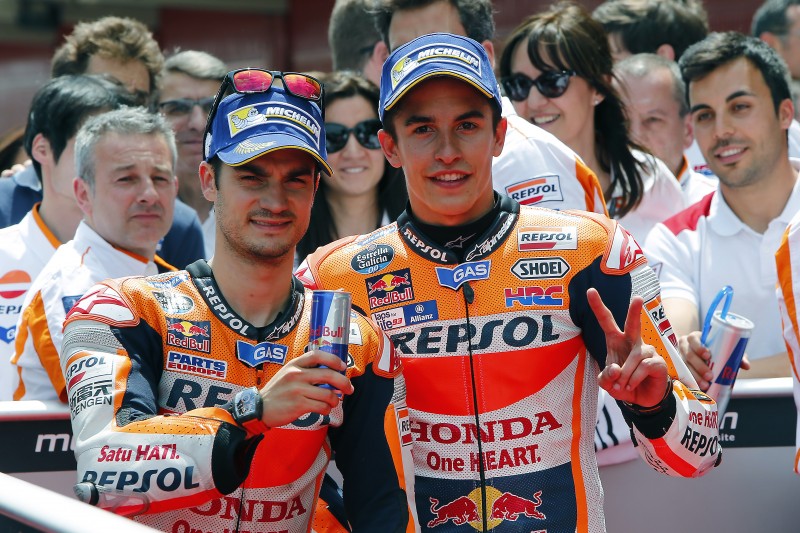