After a slightly hesitant start, Marc slipped down to 3rd but soon found his rhythm and made a dramatic pass on Valentino Rossi in the circuit’s famous ‘corkscrew’ turn on lap 3. The pass was remarkably similar to Rossi’s manoeuvre on Stoner in the same corner in 2008, but this time, Rossi was on the receiving end. Marc then chased down Honda rider Stefan Bradl, who led from pole position, passing the German on lap 19 and then proceeded to open up a comfortable lead and take the victory on his maiden visit to the Californian circuit.

Dani performed one of his trademark starts and advanced a few positions from his 7th spot on the grid. Taking caution not to crash and risk further injury, Dani rode with trepidation and caught Jorge Lorenzo on lap 12, passing him comfortably. This promoted him to 5th where he finished the race taking 11 important points before the Summer break.

No rider has ever won at Laguna Seca in their rookie season in the premier-class of grand prix racing and with this victory, Marc has become the youngest rider to win back-to-back races in the premier class at the age of 20 years 154 days (the previous record-holder was Freddie Spencer, who won the opening two races of the 1983 season in South Africa and then France at the age of 21 years 104 days).

Marc has now extended his lead in the Championship standings to 163 point and Dani is 2nd with 147, 10 points ahead of Lorenzo. The MotoGP paddock will now take a three week break and return for the GP in Indianapolis on the 18th August.

“I am very happy, because we weren’t expecting this result from our first visit to Laguna Seca. I didn’t think I would adapt so easily to such a tricky circuit, but from the first day of practice I felt very comfortable and quickly found the best lines. Today I was a little cautious at the start, because with a full tank it is easy to make a mistake, but when the tyres got up to temperature I was able to maintain the pace from practice. I overtook Valentino in a similar spot to where he passed Casey in 2008, although the passes were a little different because his was more spectacular! Later I was able to pass Stefan after studying him for a number of laps, and then I tried to build a gap in order to win the race by a comfortable margin.”

"First of all, I want to thank everyone who has supported me over these past few days. This was a race in which it was very important to take points. I was seriously considering sitting out this race, because the conditions were very difficult, so I am very happy to have taken fifth. We were close to the podium, but on the final laps I found things very hard. I think that I held up well in the race, although I was in a lot of pain the entire weekend. At least I was able to grip the handlebars and control the bike. A lot of times moving the bike makes it tough for you and it is difficult to ride a long race. In the end, the 11 points are very important for the championship.” 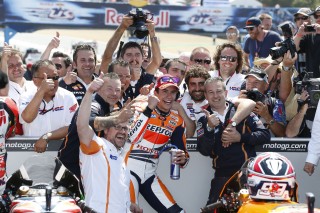 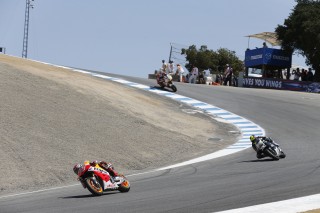 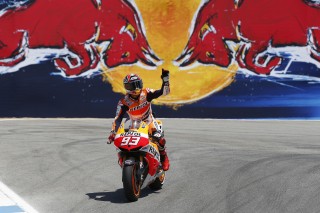 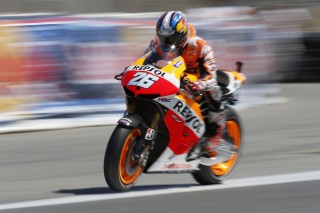 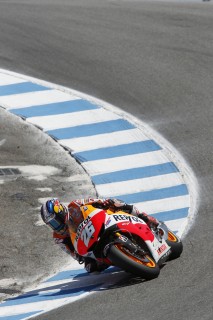 Featuring perhaps the most infamous corner in racing – the legendary Corkscrew – Laguna Seca has secured its own place in motorsport heritage. But the Californian circuit is more than just one corner, even if it is one of the most daunting corners in world motorsport and the scene of… read more.

Featuring perhaps the most infamous corner in racing – the legendary Corkscrew – Laguna Seca has secured its own place in motorsport heritage. But the Californian circuit is more than just one corner, even if it is one of the most daunting corners in world motorsport and the scene of… read more.