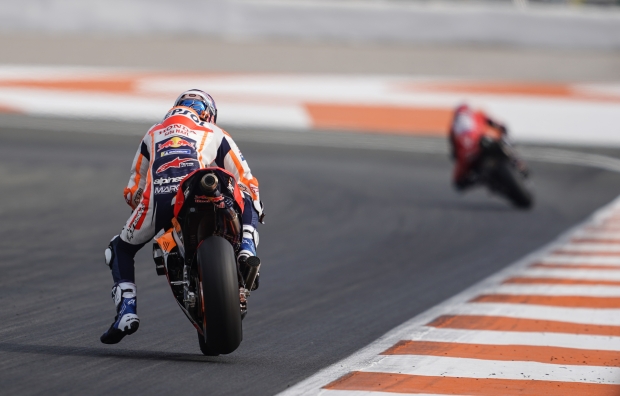 Intermittent weather proved to be a major player in Saturday’s MotoGP action from Valencia, Bradl fighting to 18th as Alex Marquez walked away from a ferocious highside.

Looking to earn a spot in the top ten, Alex Marquez forged ahead in the mixed conditions of Free Practice 3. The MotoGP rookie narrowly missed out on top ten spot as the weather continued to change throughout the day, rain starting just as Q1 began.

With the rain looming, Alex rushed out of the pits with slicks to try and set a time in Q1 before the rain worsened. With a banker lap in, Alex pushed to improve but suffered a vicious high side at Turn 11 as he tried to better his lap time. Battered and bruised, Alex returned to the circuit but came back to the box immediately as his Q1 session came to an end. Alex underwent a series of medical checks and was diagnosed with a bone marrow edema in the capitate bone of his left hand. Alex will contest Warm Up and assess his condition afterwards.

Stefan Bradl had another quietly consistent start to the day, avoiding any major risks in the tricky morning session and steadily working through what he needed to. Working for Sunday during Free Practice 4, Bradl was able to improve his time throughout the session with a best lap of 1’31.500 placing him 12th. Like Alex, Bradl rushed out in Q1 to strike before the weather worsened. Producing a 1’31.831, Bradl was able to take eighth in the session and will line up 18th on the grid for Sunday’s race.

LCR Honda’s Takaaki Nakagami will line up on the front row of the grid, the Japanese rider having consistently shown front-running pace this weekend. This is Nakagami’s third straight front row start of 2020.

The penultimate race of the 2020 MotoGP World Championship is scheduled to start at 14:00 Local Time after Warm Up at 10:00.

“It was not an easy day today at all. First the conditions were very difficult, never fully dry and never fully wet. When it came to Q1 I knew I had to push even if it was still risky, I was pushing very hard for a better lap time and unfortunately I had a really big crash. I came down very hard on my hip and lower back, after a minute I was able to get back and I tried to go out on the second bike but when the adrenaline wore off, it was clear I could not do another lap. Now we just have to see what the pain is like tomorrow.”

“Again the weather had a really big impact on everything we did today, it made everything complicated. This morning it was half and half and then the same in Qualifying, it upset our plans a little bit and my feeling was not great. In Free Practice 4 we were quite satisfied, but in Q1 I did not want to risk anything. It’s going to be a tricky race but we will do what we can.” 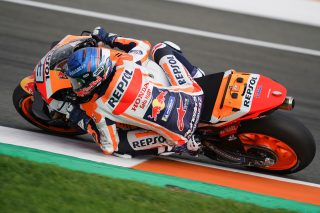 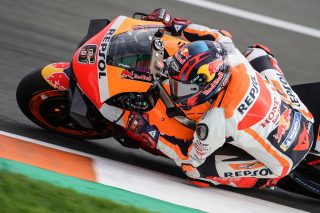 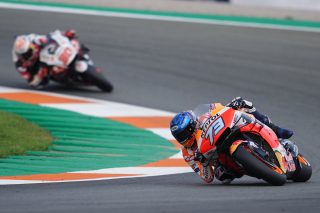 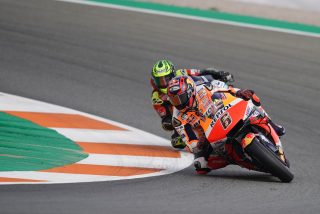 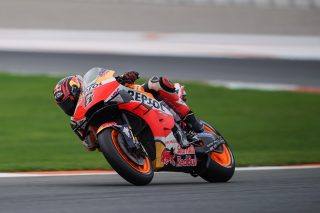 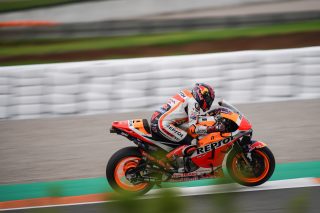 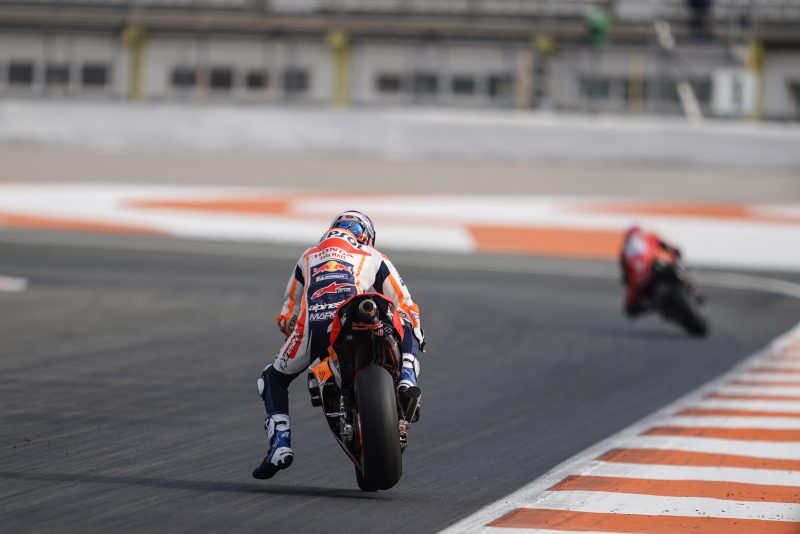