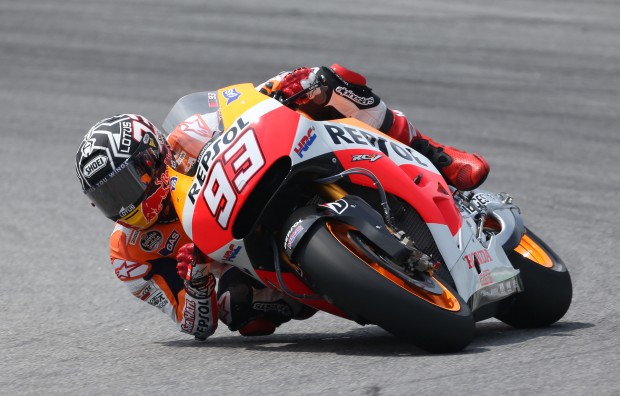 The 2014 season has finally arrived with the test ban over and bikes returning on track at the Sepang International Circuit in Malaysia.

Repsol Honda riders Marc Marquez and Dani Pedrosa both spent time on the 2013 RC213V machine, to regain the feeling after the Winter break, before climbing aboard their 2014 bikes. It wasn’t long before the two Spanish riders were topping the time sheets with Marc setting the fastest time before lunch with a time of 2’00.767 set on lap 30 of 34. Dani was just 0.747 off him with 2:01.514 on lap 25 of 31, placing him 7th.

At 15h10 Dani went back on track to continue his testing programme which included working on the rear brake, shock, clutch and engine mappings. He completed a further 44 laps, taking his total to 75 (the most of any rider for the day) and set a fastest time of 2’00.906 placing him 3rd on the first day in Malaysia.

Marc rejoined at 16h00 working on engine mappings, clutch and also the new spec Bridgestone rear tyre and remained fastest for the day with a time of 2’00.286 on lap 52 of 62, half a second faster than second place Rossi.

"I'm happy with how this first day went and to have achieved my goal of regaining my feeling on the bike. Of course, at the start I was a little stiff, but gradually I was able to pick up the pace. Today I tested the new rear tyre from Bridgestone and it felt similar to last year. Tomorrow we will continue with our plan: testing out the setup and beginning to draw conclusions from our findings. We put in a lot of laps today and I'm sure that tomorrow I will feel it; even though we train in the gym over the winter, here you work your muscles in a different way”

"It was a very long, hard day. We put in a lot of laps and despite us being fresh as it’s the first day, I'm sure that tomorrow I'll be feeling it! It was fun, as I had not been on the bike for a long time and was curious to see how I would feel after my operation last year. In general things went well and we focused on trying out the rear brakes, clutch and engine mapping today. Tomorrow we will work on the chassis and the new tyres. The bike seems very similar to last year's model; we still need more time to work on things, but it appears as if there are no huge differences required in terms of riding style” 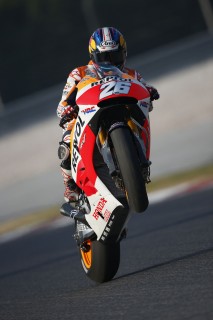 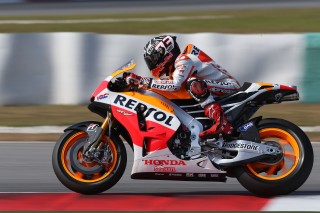 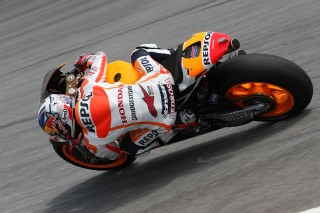 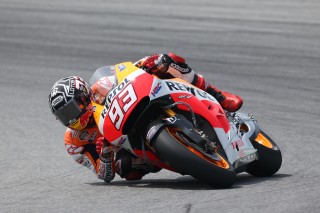 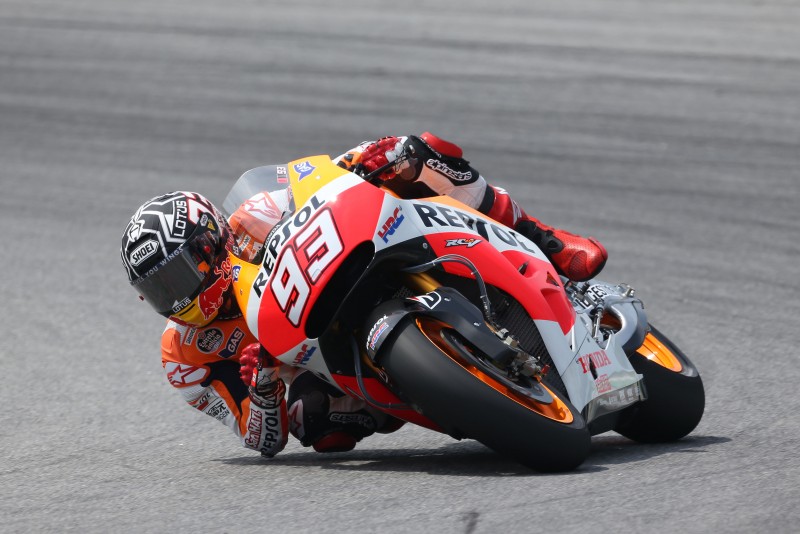