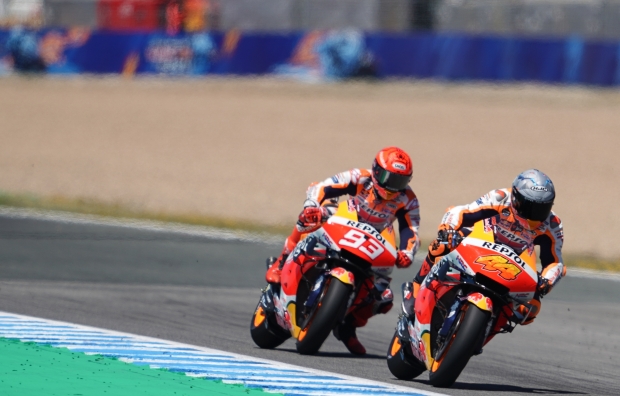 A weekend complicated by falls ends with a pair of safe and consistent races for Marc Marquez and Pol Espargaro as they take ninth and tenth respectively.

Morning Warm Up did not go to plan for the Repsol Honda Team as race day at the Gran Premio Red Bull de España began. Pol Espargaro fell first at Turn 10 and immediately returned to the garage to head out on his second Repsol Honda RC213V. A few minutes later, Marc Marquez was victim to another fast fall, this time at Turn 4. Both riders again walked away unharmed from their respective incidents.

Putting their falls behind them, the Repsol Honda Team riders lined up on row five of the grid for the 25 lap race. Although not at his physical best after the falls, Marquez was determined to make forward progress in the race. A calm approach saw the #93 steadily make up ground, entering the top ten on lap 11 after passing his team-mate. Marquez then set his sights on Zarco and the group ahead, catching them with a handful of laps to go. Taking ninth at the flag, Marquez finished 10 seconds behind the winner – importantly, three seconds closer than he was in Portimao. Although the position was lower, Marquez and his team are pleased with the progress made from one race to another.

Just behind, Pol Espargaro put together an issue-free race to return to the points after Portugal. Consistent pace, although less than what he was expecting, throughout the race had Espargaro steadily picking off his rivals, arriving in the top ten with four laps left. Crossing the line in tenth place and just over a second behind his Repsol Honda Team team-mate, Espargaro scores his second top-ten finishes as a Honda rider. Espargaro was left unsatisfied with the result and is determined to close the gap to the front in future races.

Takaaki Nakagami equaled his career best result with fourth place, 0.690s off the podium on the LCR Honda as the top Honda finisher.

Monday offers the MotoGP World Championship the opportunity to head back out on track at Jerez for a one-day test.

“Of course today we would have liked to be further ahead but we should be happy. In Portimao we finished 13 seconds behind the leader and here only ten, this is the main target. Like in Portimao I felt strong in the middle of the race, but I lost some time at the start and the end of the race and overall I felt like we have made a big step compared to our last race. I can now understand more about the bike. Tonight we will decide if I will test tomorrow, it is important to do some laps if we can to keep understanding everything with the team. It hasn’t been the best weekend in Jerez, but an important step and I want to say a big thank you to Honda and my team this weekend for their incredible work.”

“It wasn’t a good race for us speaking honestly, we had much better pace in FP4 and in Warm Up where I was feeling a lot better. The traction on the circuit was less than in the morning and I never really felt comfortable in my race pace, I was pushing and on the limit a lot. I finished just behind Marc, but it isn’t where I want to be. We get some points for tenth but 11 seconds away from first is too much. We have a full day of testing tomorrow which is going to be super important for us and allows us to try some different options for the future.” 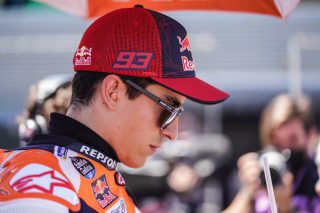 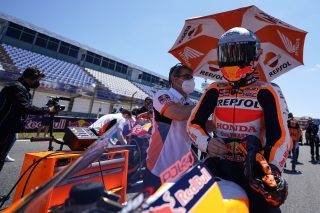 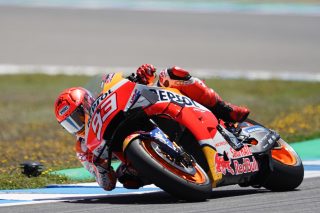 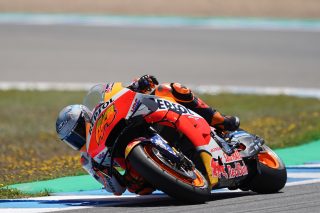 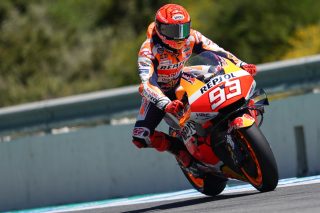 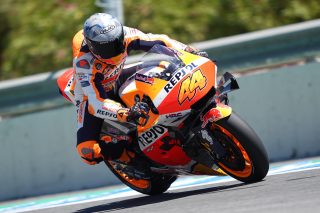 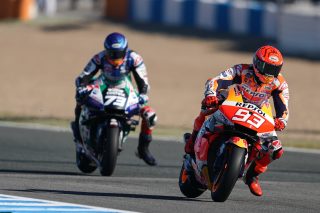 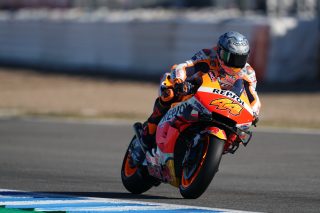 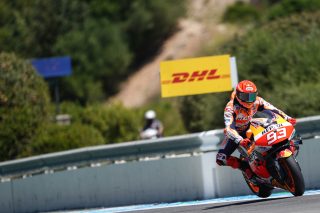 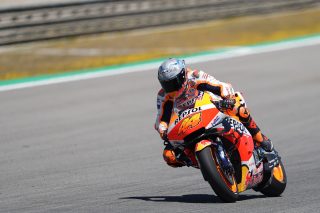 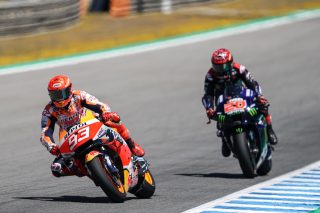 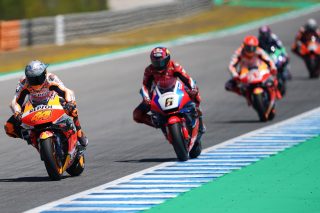 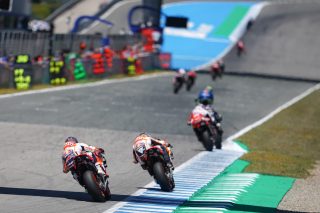 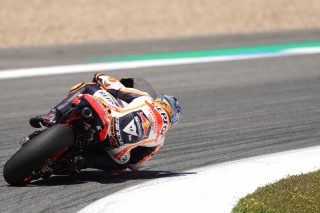 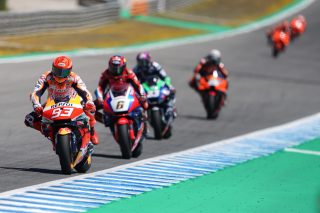 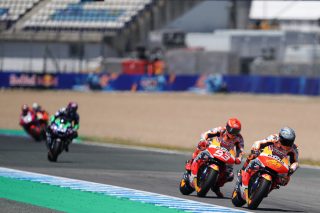 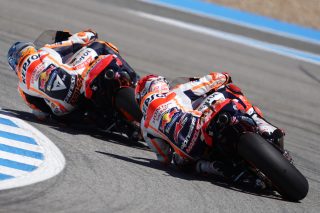 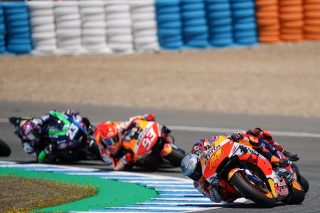 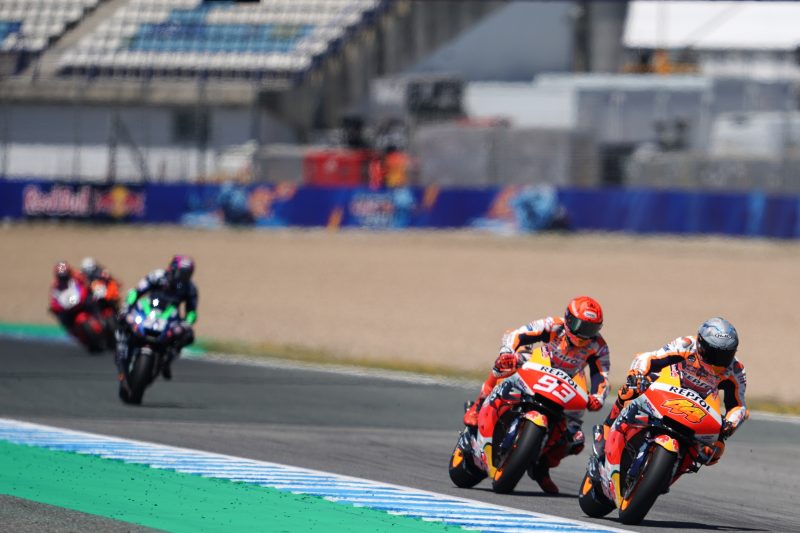