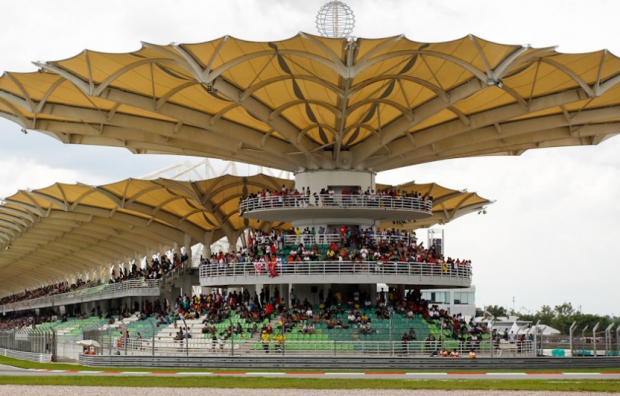 After enjoying the enthusiastic embrace of the Repsol Honda Team’s Indonesian fans during a visit to Jakarta on Tuesday, 2016 World Champion Marc Marquez has flown to Sepang for the Malaysia GP, the last race of the triple-header and the penultimate round of the season.

Sepang International Circuit is very well known by MotoGP riders because the first pre-season tests traditionally take pace there, but this year the circuit underwent a major renovation between February and May. The resurfacing and upgrading project involved the entire 5.543 km track; while the paddock facilities also have been renovated.

Meanwhile, Dani Pedrosa, who won here last year, is recovering from the right-collarbone fracture he sustained during FP2 in Japan, and from the subsequent operation that he underwent in Barcelona. On Monday he had a check-up that showed the fracture to his collarbone is healing well, as are his right fibula and the fourth metatarsal on his left foot, which he also fractured. While Dani continues his rehab at home, 2009 250cc World Champion and Honda tester Hiroshi Aoyama, who has won twice at Sepang (2007, 2009 in 250cc), will replace him in Malaysia.

“In Australia we tried to do a great race, but although we ultimately weren’t successful, we always look at the positives. In this case, I once again learned something and I’ll be more careful in similar situations in the future. When you feel good and are really enjoying the riding, the extra confidence you feel isn’t easy to control, but we’ll try. Now we are in Sepang, a track where we always test in February and therefore we know very well. Anyway, when we came here for the winter test, we were still struggling to find our direction with bike set-up. Moreover, soon after that test, they completely resurfaced the track. Therefore, we must wait and see how we will be able to manage this weekend. I’m very curious about the track, to see how much smoother the surface is now and how much faster it will allow us to lap.”

“I'm very glad to have the chance to ride for the Repsol Honda Team again, as in Japan it was a bit challenging to start Saturday morning from FP3, to adapt to the bike and to try and find my rhythm. I hope this time things will work out well and I can find a good feeling with the bike since the beginning. All of us wish for Dani coming back soon, but until he is recovered I’ll do my best for Honda and for the Repsol Honda Team. Tuesday was my 35th birthday and I’m simply happy to be here in Malaysia, which is a country I particularly like and I look forward to enjoy racing at the Sepang Circuit.”