With no rest after the Czech Grand Prix and the one-day post-race test that allowed Marc Marquez and Dani Pedrosa to carry out positive work on their RC213V, the Repsol Honda Team moved on to Austria for Sunday’s Grand Prix von Österreich.

Before heading to the Red Bull Ring, Marquez took part in a special press conference in Vienna at the Österreichischer Automobil, Motorrad und Touring Club (ÖAMTC), in the presence of Austrian Traffic Minister Mr. Norbert Hofer, to support “No Ride without Training”, a campaign promoting safe motorcycle riding on the roads.

“We come from a good test in Brno, where we found several positive things. We’ll try some of them at the Red Bull Ring and see how everything works. Austria is another track where Dovizioso and Lorenzo are strong, but we were also strong there last year so we’ll see if it comes down to the last corner again! We’ll try to be fast from the start of the weekend and then fight up at the front. Actually, it will be the second time this year for me at the track, after the unbelievable experience we had with the F1 Toro Rosso test run last June! On the way to the Red Bull Ring, we stopped in Vienna to attend an event dedicated to safe motorcycling riding on the roads, which is something I believe very important. People sometimes forget how vital is to wear the proper gear and not drink before riding, and anytime possible I try and give my inputs about the importance of being fit and lucid before riding.”

“A day of testing after the Czech Grand Prix gave us the chance to work on our bike setup, to try and sort out the issues we’ve experienced in the recent races. We were able to be fast and consistent, and now we’ll see if that was down to the better track conditions, or if the changes we made there have actually improved our base setup. The Red Bull Ring will be good to check that, as it’s usually a demanding track for us, so to have a good feeling there would be very important. We’ll also have a special Michelin rear tyre there, so we’ll see how it goes putting everything together. Weather will also be a key for the race.” 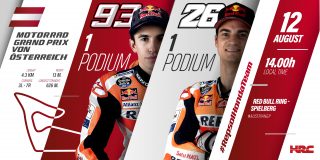 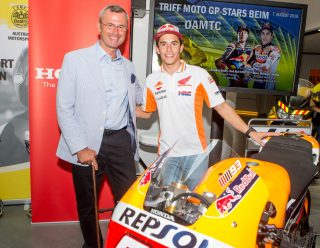