Alex Marquez recovers from an early fall to earn his best grid position to date as Bradl prepares to fight forward.

It was a case of déjà vu as the MotoGP grid rolled out of pit lane on Saturday for the second time in as many weeks in Austria. Despite threatening clouds in the afternoon, it was another day of almost perfect conditions at the Red Bull Ring.

After a confidence building Friday, Alex Marquez was the victim of a fast fall at Turn 9 after a couple of minutes of running in Free Practice 3. Fortunately, he was unharmed and immediately back on his feet and returned to the garage. With only half a second between the top 15 riders, Alex narrowly missed a spot in Q2. New tyres have been a big area of focus in recent rounds for the MotoGP rookie and his side of the Repsol Honda Team garage, the hard work beginning to pay off as Alex secured his best grid position to date, a 1’24.370 earning him 17th on the grid but promoted to 16th due to Zarco’s penalty.

It was another busy day on track for Stefan Bradl, the German continuing to perform important work for HRC aboard the Honda RC213V. Improvements continued for Bradl who was able to lap consistently during both FP3 and FP4, building a solid race pace. In his first time running at the same circuit on two consecutive weekends, Bradl found two tenths on his previous qualifying time and will line up 20th for Sunday’s race.

Free Practice 3 was topped by Takaaki Nakagami, the LCR Honda Team rider at home around the 4.3-kilometre-long Red Bull Ring. His speed was converted to a debut front row in the premier class for the Japanese rider. Nakagami is aiming for his first podium in MotoGP after a strong run of recent form.

The Grand Prix of Styria is scheduled to run over 28 laps and will commence at 14:00.

"In the morning I had a small crash, it was high speed but not really big. The plan was to try a slightly different setting on the second bike but the feeling wasn't really what I was expecting and because the other bike was damaged I couldn't improve my lap time in FP3. It's a shame because on Friday we were feeling better about our one lap speed. Then in Free Practice 4 I spent most of it trying to regain my feeling on the bike. For Q1 I improved a bit, but still couldn't find that same speed. We have Warm Up still to work on it and recover this feeling to push in the strong areas of the bike, like corner entry."

“We have changed the bike a lot compared to last weekend and we also wanted to know what direction we had to follow. Fortunately, our pace is looking better than our grid position so I’m hoping to gain some positions tomorrow. But for sure we have a lot of work to do, it’s important to keep working and give our maximum in the race.” 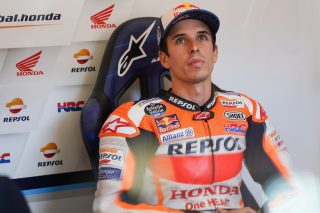 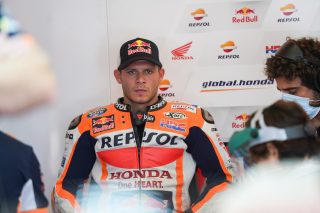 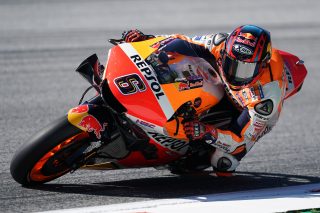 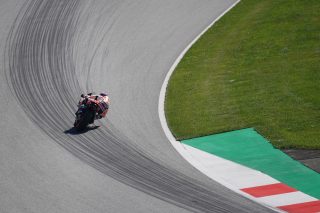 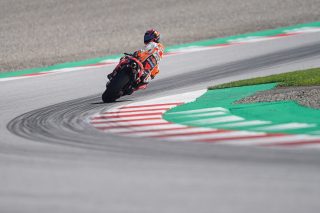 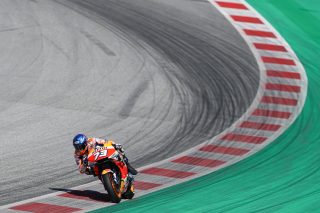 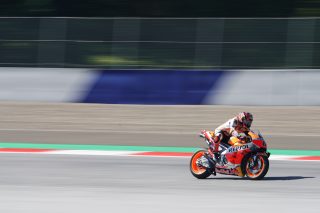