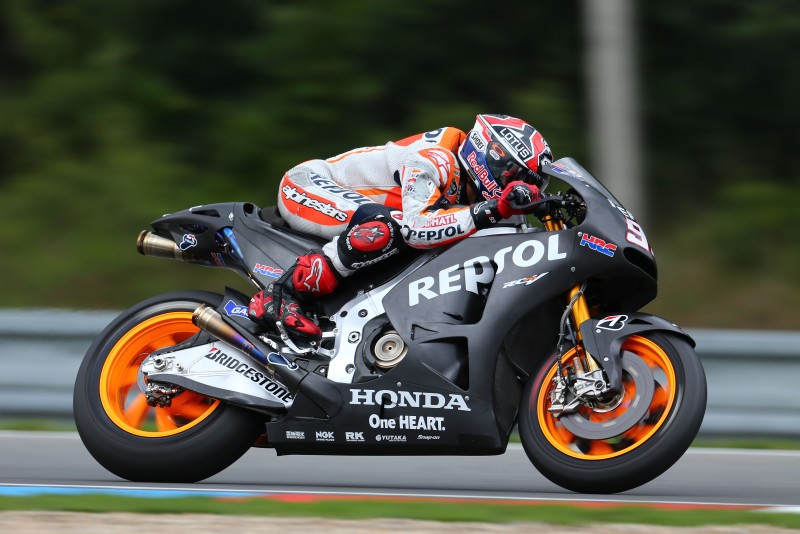 Championship leader, Marc Marquez, and yesterday’s race winner, Dani Pedrosa, were back on track today in Brno for the post-race test.

This was a chance for the Repsol Honda riders to confirm some modifications made on the 2015 prototype after the initial test at this track just over a month ago. Despite a brief afternoon shower, track conditions were noticeably better than during the July test – after the action from the weekend – and both riders reported positively on the RC213V evolution, especially the chassis, and set their fastest times of the day on the new machine.

Dani worked on suspension settings and engine mappings on his 2014 RC213V in preparation for the remainder of the season. However, he also set his best time of 1’56.014 (lap 23 of 38) on the 2015 prototype, and finished 3rd fastest for the day. The next chance Marc and Dani will have to ride the 2015 RC213V will be in Valencia at the end of the year.

Now the team will head home for a week’s rest before returning for round twelve in Silverstone.

“Today went very well and I am very happy, because we’ve erased the doubts that we had after yesterday’s race. We didn’t understand what had happened. We reached the conclusion that many factors combined yesterday, because today we were fast from the start and had a good pace with the same setup as yesterday. This morning we focused on work with this year’s bike, using some different setups, and I immediately felt very comfortable. Later we tried out the new bike again, which has great potential, and we set a good time with it. The best thing is that the pace we had today was back to that which we had over the entire weekend – except for Sunday.”

“We used today to try different setups, using the data gathered during the race yesterday here at Brno. Above all we focused on suspensions and on engine mapping, bearing in mind the races we have remaining this season. We also tested next year’s bike, which has a few updates compared to the last time we rode it here in July. After the first test we made a few changes; some worked out positively and others didn’t, but we were able to take a further step forward with its development and the next time we will test it will be at Valencia.” 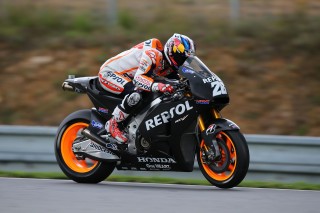 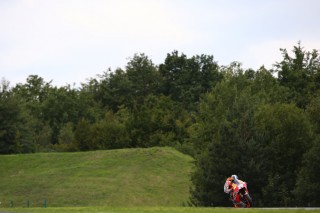 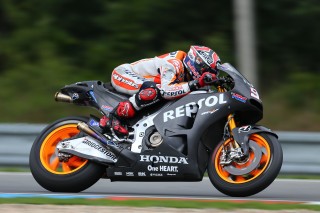 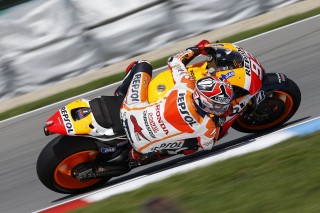