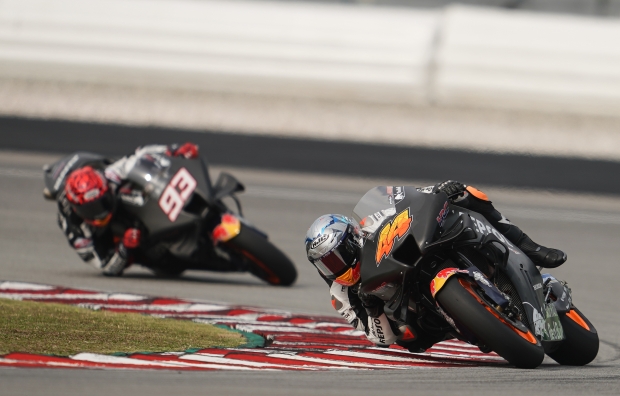 Dark clouds broke just after the lunch break and soaked the Malaysian track, Marc Marquez and Pol Espargaro still able to profit from a busy morning.

Sepang’s legendary afternoon rain showers finally hit the MotoGP paddock after almost an entire week of uninterrupted running on Sunday, the final day of the first pre-season test. Hitting just as the Repsol Honda Team were returning from their mid-test break, the rain meant there was little to learn in the final afternoon and the squad began to prepare for the trip to Mandalika, Indonesia. Even with the rain, both Marc Marquez and Pol Espargaro are content with what they’ve been able to accomplish in a day and a half.

Marc Marquez finishes the second day of the Sepang test in eighth place, a 1’58.332 on his seventh lap of 49 putting him just 0.201s behind Enea Bastianini – fastest on the day. Although unable to do a planned long run due to the weather, Marquez and his side of the Repsol Honda Team garage were able to continue exploring the new Honda RC213V and gaining important knowledge. The coming Mandalika test will allow Marquez to further unlock the potential of the package Honda HRC have prepared over the winter.

Less than a tenth of a second behind his Repsol Honda Team team-mate, Pol Espargaro completed the second day rounding out the top ten. Returning to the circuit after the afternoon rain, his best time was set in the morning on lap nine of 50. Across the two days Espargaro completed 114 laps aboard his 2022 machine. Long runs during the test showed promise for the RC213V and the #44, he and his team excited to confirm their findings next week in Indonesia.

The final three days of the 2022 MotoGP World Championship pre-season will begin on February 11 at the new Mandalika Circuit in Indonesia. These three days will be crucial for the Repsol Honda Team as they aim to prepare the new 2022 RC213V for the first race under the Qatari floodlights.

“I am happy about these two days in Sepang, but also tired! It’s true that it is very positive for us to be here even if I suffered a little bit physically, but we suffer now to enjoy in the season. When I push with the bike, the speed is there, and we are learning a lot about this bike after trying some big things. The bike certainly has potential and today we understood the front feeling better after some changes we made. Pol and Alex were fast in the long ran which is encouraging. I did a few laps in the damp and felt good too.”

“In general I’m pretty happy with how the test has gone, of course it would have been good to do a few more laps but the weather is what it is. We are close to the front with a new bike and this is positive. There’s still some time to find over one fast lap and I made a small mistake on my fastest lap, but on the longer runs we are working well. It will be important to improve the one lap speed because we have seen how tight Saturdays are in MotoGP. We were able to gather good data here and now we have a bit of homework to do before the next test.” 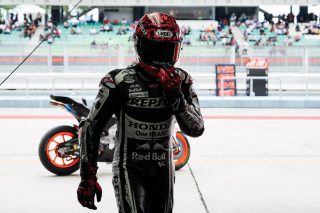 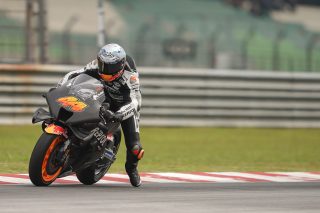 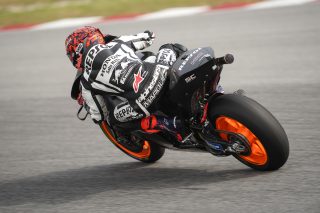 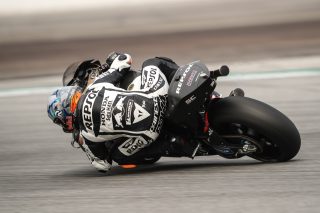 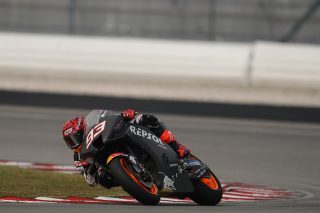 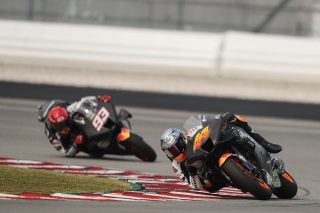 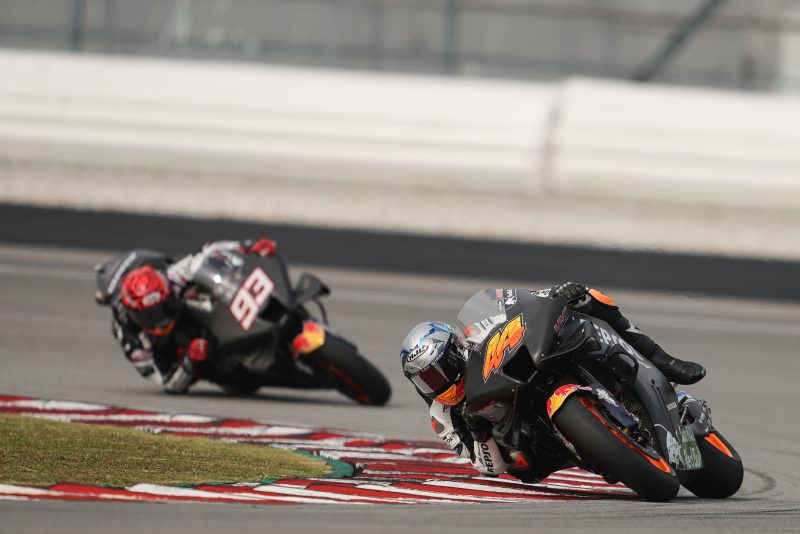