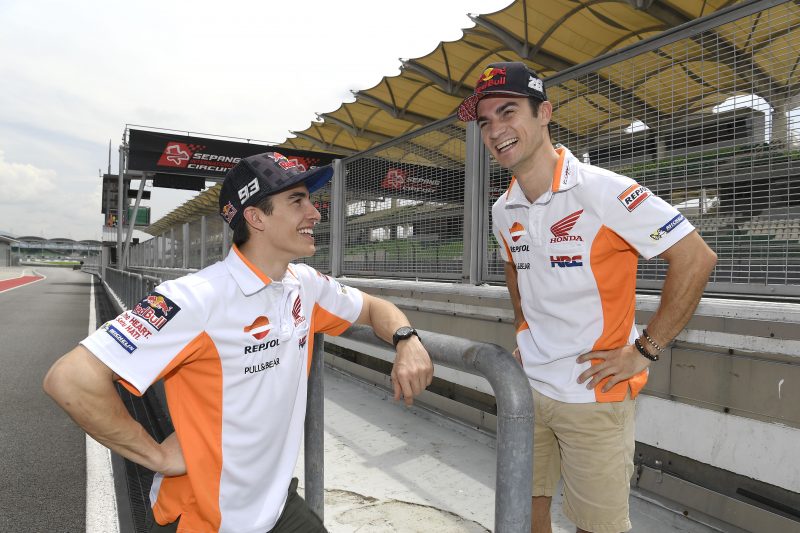 The MotoGP winter testing season officially kicks off tomorrow at the Sepang International Circuit, with the first three-day session of the year, 28-30 January.

The Malaysian track is a tradition for MotoGP’s annual opening of business, but this year Marc Marquez, Dani Pedrosa, and their MotoGP colleagues will also have the chance to ride at a new entry on the 2018 calendar, Buriram Circuit, in Thailand, which will host a 16-18 February test and, in October, round 15 of the Championship.

Following the Thai test, the Repsol Honda Team will move to Indonesia for the team’s official unveiling on 20 February.

The final stint of winter testing will be held at Qatar’s Losail International Circuit on 1-3 March before the season starts at the same track on 18 March.

"After two months away from the circuits, I’m eager to ride my bike again. I’ve been working hard during the winter period to arrive at the Sepang Test at 100%, and I’ve also been thinking about what we can do to improve our performance from last year. We’re ready to make every effort and to work hard to have the chance to fight for the title again. We have to try to be as quick as last year but to crash less! Every season is a new story, no matter if you've won four, two, or zero World Championships—every rider starts on 0 points!”

“We’re looking forward to this new season with high expectations. At the beginning, everything is always a bit hectic, as we’re involved in presentations, photo sessions, and commitments with our sponsors—all while also carrying out intense training on and off the bike to prepare as well as possible, both physically and mentally. Now I’m excited and eager to get on my bike again in Sepang. We know that Honda has worked hard during the winter to improve the machine, and we’ll give our best to take full advantage of the winter testing season in order to be ready for the beginning of the Championship.”

“I’m happy to start the season in this new role with Honda, the company that I’ve been working with for the last twenty-five years. At this moment our priority is to check the evolution of our bikes and to get the riders back on the track. We have three very interesting days during which we aim to get clear information from the riders, which will allow us to keep developing the bike until the first GP in Qatar. This is the target for now.” 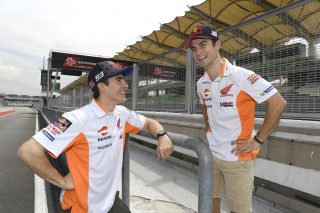