Jakarta (Indonesia), 3 February 2017 – Marc Marquez and Dani Pedrosa today unveiled the 2017 Repsol Honda Team racing effort to the Indonesian and International media in the beautiful compound at the Jakarta International Expo (JIExpo), located in the centre of the Indonesian capital.

Having spent yesterday enjoying the warm welcome and proud support of the associates at the AHM Factory in Karawang, the riders began today by meeting excited Honda customers at a dealer facility and then moved on to the JIExpo, where they spent time talking with the media.

Four very lucky Indonesian fans, winners of a Repsol social-media contest based around the #MadAboutRepsolHondaTeam hashtag, had the exclusive opportunity to closely admire the RC213V and to meet and greet Marc and Dani before the riders left for the airport to make their return to Europe.

This was the third consecutive year that the Repsol Honda Team launch has been excellently hosted by Astra Honda in Indonesia. On the same occasion, AHM presented their own 2017 racing activities and officially launched the new Honda CBR250RR Repsol Edition, CRF250 Rally and CRF1000L Africa Twin.

“I’ve come here to Indonesia many times already, and I know how much they love MotoGP. Still, they’re always able to make me feel even more welcome than the last time, which is amazing! It was also very interesting and pleasant visiting the factory yesterday because I love bikes and I liked very much to see how they’re ‘born’ and to meet the people behind all this. They were incredibly supportive and passionate. We’ll do our best to give them a reason to celebrate. We’ve started our winter tests well enough, and now we all must keep working and take more steps forward to be prepared to fight at the top again.”

“Today we officially launched our 2017 season, which is always an exciting moment, even when you’ve already lived it many times. I feel good and I’m really looking forward to starting the new racing year. I’m also happy we came here for our team launch. Last October I wasn't able to attend an event here due to an injury, and so many people from Indonesia showed me their support. Yesterday at the Astra Honda plant also was amazing. There were more than 2,000 people cheering and greeting us!”

“We wish to thank Astra Honda for hosting our Team Launch here in Jakarta once again, and for making all of us feel incredibly welcome as always. Besides unveiling our 2017 racing project in a country that counts so many passionate MotoGP followers, we had the chance to visit the Astra Honda Motor Factory. That was a very good experience, especially for Marc and Dani, who had the chance to meet with the many people who work in the production sector, and to see how well known they are here and how much support they have. We’ll keep working at 100% to continue improving our bike, to allow Marc and Dani to once again fight at the front in the next MotoGP World Championship.” 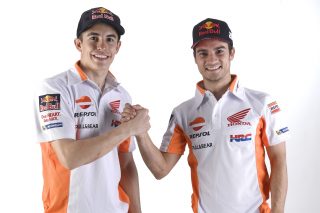 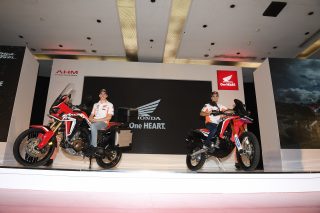 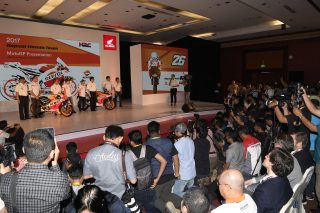 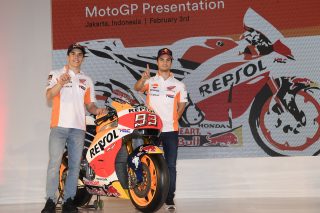 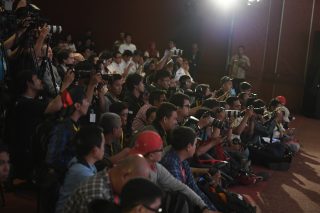 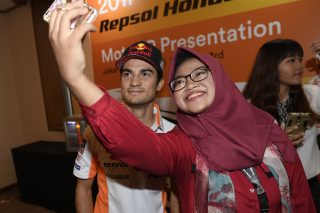 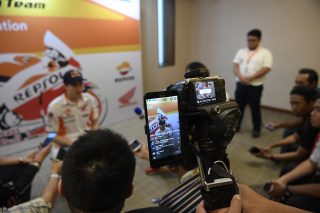 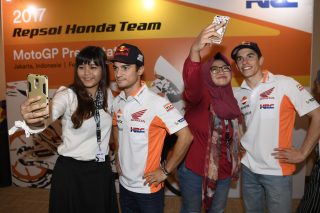