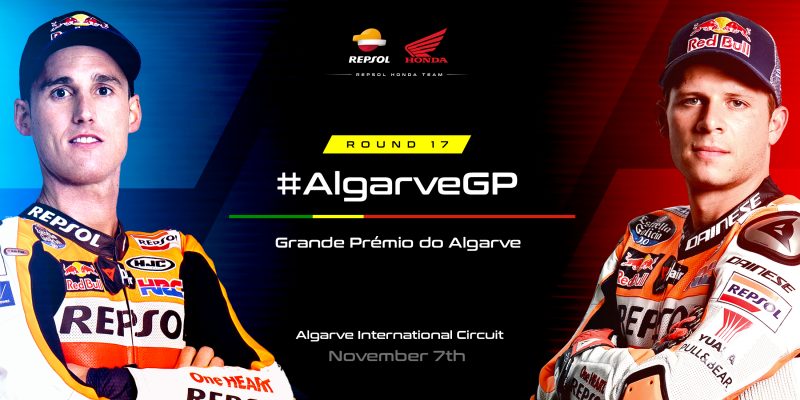 Pol Espargaro arrives in Portugal after the best result of the season as Marc Marquez recovers at home with Stefan Bradl in his place.

As the end of the 2021 MotoGP World Championship looms, the paddock arrives back in Portugal for round 17 as the season comes to a close with back-to-back races. This is fourth and final time the paddock will visit the same track in the season, the two Portuguese races separated by almost half a year.

Pol Espargaro arrives in the Algarve fresh off his best premier class finish, and first Repsol Honda Team podium, with renewed confidence. Although 2021 has been marked by hard moments for Espargaro, he and the Repsol Honda Team have continued to diligently work and improve. The previous race in Portugal was ended prematurely for the #44 due to a technical issue, Espargaro arriving with unfinished business. A top ten finish in the World Championship is also within his reach, Oliveira in tenth is just two points ahead of Espargaro.

Marc Marquez will unfortunately miss the Algarve Grand Prix after a training accident left him with a slight concussion. The #93 had achieved his first back-to-back wins since 2019 before the event.

Honda HRC Test Rider Stefan Bradl will return to the Repsol Honda Team in the place of Marquez in Portimao, Bradl’s fifth appearance of the year. All four of Bradl’s previous on track appearances have led to point scoring finishes with 11th in Qatar his best result so far. Portimao holds fond memories for the German who scored a sterling seventh place there in 2020, his second top ten of the season and highest placed finish of the year.

“We had a great weekend in Misano and we were able to show what we can do on the Honda but now we have a new challenge. Having already raced in Portugal this year will be good as we already have knowledge of the track but I think it could be a bit difficult this weekend compared to Misano. Conditions will be different compared to the last time here so we have to understand what adjustments we will need. The motivation is so high to push in these final rounds and reward the team again. I want to wish Marc a speedy recovery.”

“First of all I hope Marc is recovering well and he can be back on track soon. I am looking forward to riding again as Portimao is an enjoyable circuit where we had a good result towards the end of 2020. It’s never easy to jump on the bike, but we have had a lot of good bike time this year between the races and testing.”