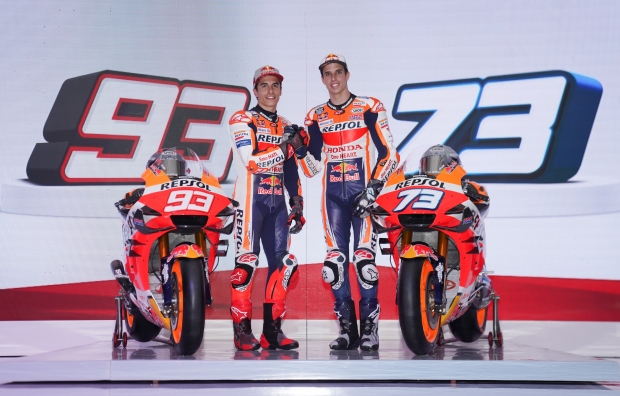 Marc Marquez and rookie Alex Marquez unveiled the 2020 livery of the Honda RC213V MotoGP machine in Jakarta Indonesia ahead of the first official test of the year.

After taking a record 25th Manufacturers title as part of their third straight Triple Crown in the highest level of motorcycle racing, the Repsol Honda Team are aiming for another strong year as they welcome Moto2 World Champion Alex Marquez to the team. With 309 victories in the premier class, Honda have established themselves as the dominant force in Grand Prix racing and work over the winter period has been intensive to ensure that 2020 continues this trend.

Marc Marquez and Alex Marquez will now begin their final preparations for the Sepang Test (February 07 – 09) where the RC213V will debut the 2020 livery for the first time on track. Finally, the 2020 MotoGP™ season begins under the floodlights in Qatar (March 06 – 08).

“I am happy to come to Indonesia again, the atmosphere here he is like nothing else and it is great to be able to launch our 2020 efforts. The launches we have are always important to help ourselves back into the rhythm of the season. We approach this year the same as the last and all others before it, with our full focus and ready to work with the Repsol Honda Team to achieve the best we can. Together with HRC and Repsol we have achieved incredible things and continuing this success is a big source of motivation for me, and now I’m eager to start another season and compete again on the RC213V.” 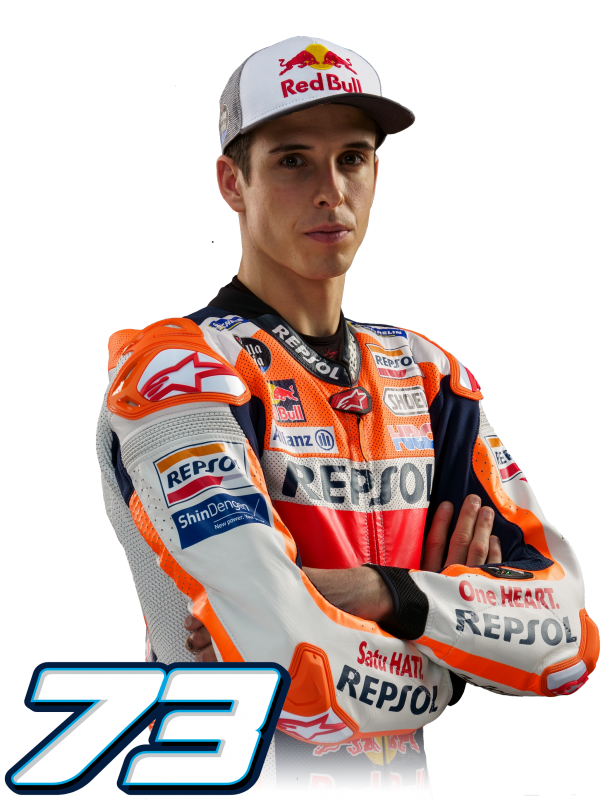 “It is a privilege to be part of the family that is the Repsol Honda Team. Already I have had the special feeling of stepping in the garage for the first time, working with my team for the first time and now meeting the world at the launch – I truly feel a part of the Repsol Honda Team. I know that there is much to learn and achieve in 2020 but I am devoted to giving my best, I’ll try to improve and learn every day and hope we can do a great season step by step.” 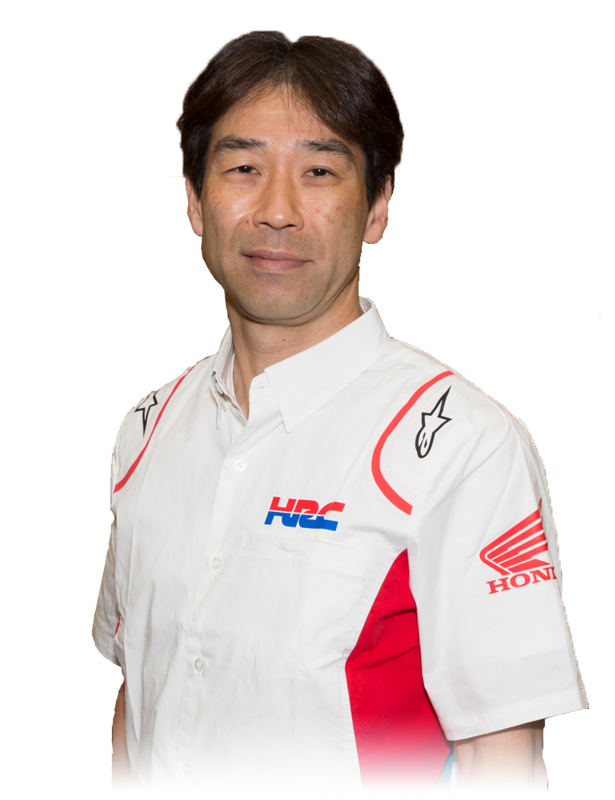 "Having achieved our goals last season by again winning the Triple Crown, we’re delighted to present our team for the 2020 MotoGP World Championship. Last season, Marc Marquez won his sixth MotoGP title, while Honda secured both the Constructors and Team titles. Marc continues to break records every year, and we hope he’ll continue to give us many more great moments in the future.

"For 2020 we have a new rider as two-time world champion in Moto2 and Moto3 Alex Marquez joins us. He rode with us already in 2014 in our first season in Moto3 and we were able to achieve the title together.

"These two brilliant riders deserve the best tools to be successful this new season, and it's our mission to make this possible. Our engineers in Japan and our team around the world have done an impressive job, and I’m sure that we’ll do it again this time.” 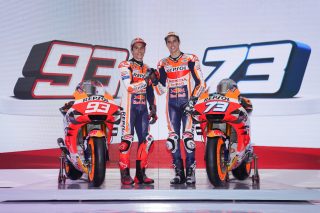 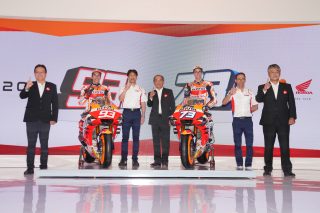 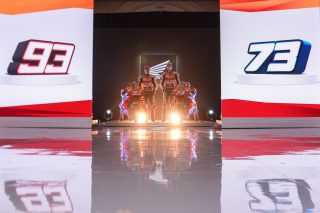 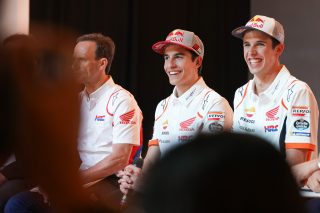 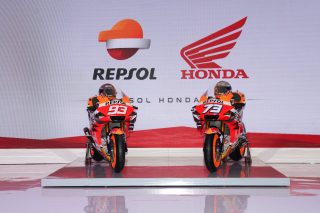 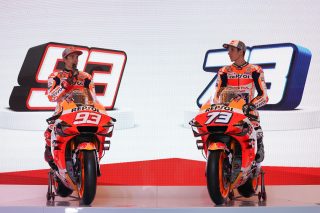 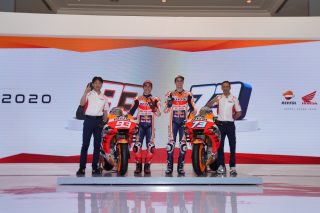 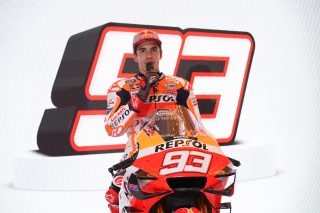 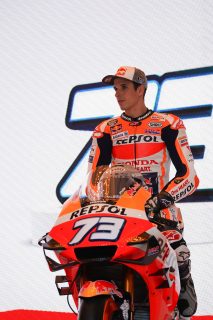 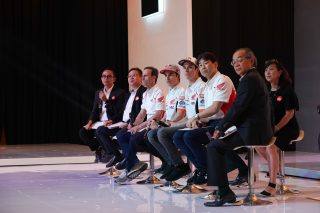 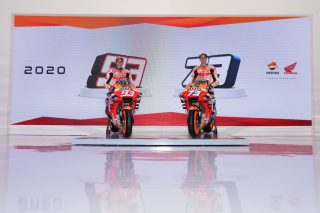 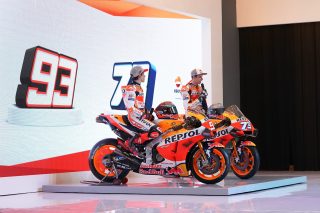 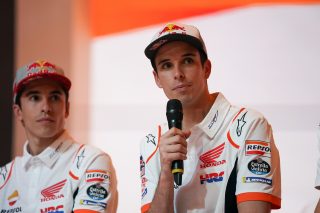 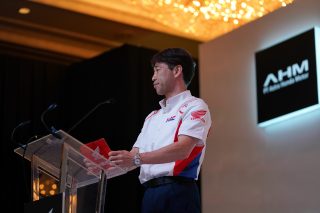 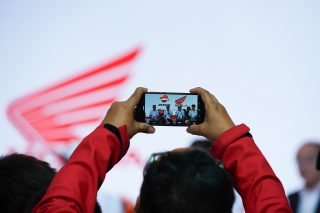 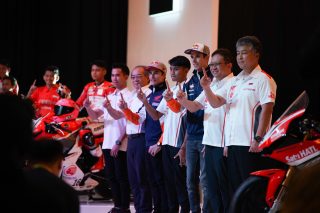 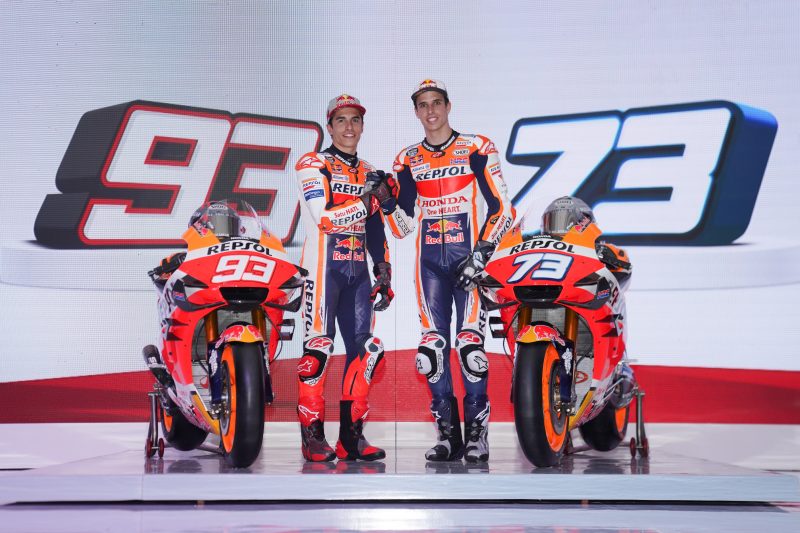