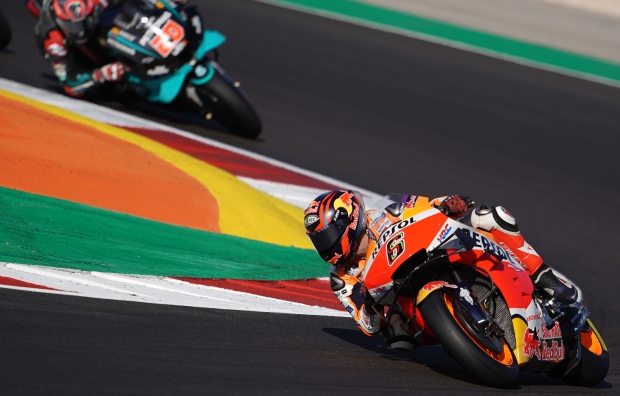 Fighting rides from both Stefan Bradl and Alex Marquez delivered a double-top ten to wrap up a strong final weekend in Portugal.

The unprecedented 2020 MotoGP came to a close in Portugal with a trio of tremendous races across the classes. Conditions were again near perfect as the sun loomed over the Portimao circuit.

Using morning Warm Up to confirm the final aspects of his setting, Alex Marquez was again strong and consistent throughout the 20-minute session. The MotoGP rookie ended in seventh but with excellent pace, pace he showed immediately when the lights went out at 14:00. Steadily picking his way through the field, Alex found himself on the edge of the top ten after just six laps. Before long Alex was with the group fighting for fourth and continued his steady progress until the very close of the race. There was never a moment to rest as the group brawled throughout the entirety of the 25-lap race.

Crossing the line in ninth marks Alex’s fifth top-ten of 2020 and leaves him with a total of 74 points, 14th overall. It has been a strong rookie season for the 2019 Moto2 World Champion with two podiums, able to improve with each round and continually learn.

Focus was high for Stefan Bradl as the last race day of the year began, the German having put in a very impressive performance on Saturday. A fast fall at Turn 9 saw Bradl walk away unharmed, changing his leathers and returning to the track for the final minutes of Warm Up. The crash had no ill effect as Bradl shot forward in the race and immediately began to battle in the top five, giving no quarter.

The battle would rage until the end of the race, Bradl earning seventh and achieving his best race finish of the year. Nine points from his seventh-place finish moves Stefan to a total of 27 points in the World Championship standings.

Cal Crutchlow finished his full-time MotoGP career with 13th on the LCR Honda. While with the LCR Team Crutchlow has taken three wins and nine further podiums as well as providing HRC with great technical feedback. HRC would like to extend their thanks to Cal and wish him all the best in his future endeavors.

The Repsol Honda Team will now enjoy a brief break after an intense campaign before preparations for the 2021 World Championship begin.

“A tough race with a lot of battles against experienced riders, I enjoyed it a lot on the bike. We battled with Mir on the first lap, then Valentino, then Fabio and I was able to learn a lot from these experienced riders, unlocking more secrets. The starting position again hurt us because our rhythm was quite good to fight for fourth, but we put together another good recovery. Also, congratulations to Arenas and Enea for the Moto3 and Moto2 World Championships after two very races with a lot of battles.

“Looking back, of course there are some things that we could have done to improve and get results sooner, but I usually start slower in most categories, but I never give up and we get there. We have achieved two podiums this year which was a dream before the season started. One was in special conditions but the podium in Aragon was the icing on the cake. Unfortunately, we couldn’t deliver the Rookie of the Year title because of our ambition in Aragon and Valencia but we remain very satisfied with what we have done in the second half of the year. Thanks to everyone who made this year possible from Dorna to our sponsors and the fans at home and around the world. Of course, I would have loved to have had the fans at the track, but it was not possible, and I hope we were able to put on a good show for them this year. It has been a very difficult year for everyone in the world away from the circuit.”

“I enjoyed this weekend a lot, I was able to show that I still have the speed and motivation to compete for the top positions in the World Championship. It was tough when we first got on the bike, but we have gotten stronger and worked better with the Repsol Honda Team at each race. I am very satisfied. It was a good race with a lot of fighting at the front. The position in Valencia wasn’t as strong, but we showed that we had this potential and now in the last race I have been able to deliver on it. I want to say thank you to the entire Repsol Honda Team and HRC, we have a great relationship and I’m very happy to continue working with them. We have been very busy with racing and testing this season, but I was able to manage all of the commitments and it has helped to make us stronger. It’s been a challenging year for everyone and I want to thank everyone who has made this season possible.” 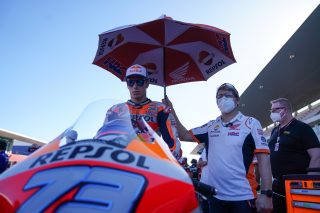 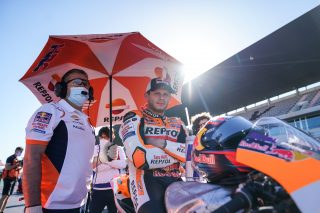 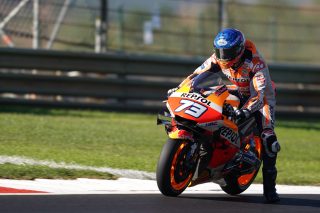 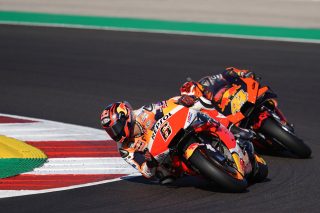 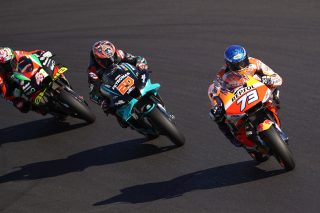 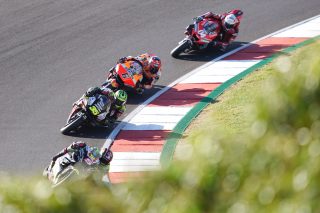 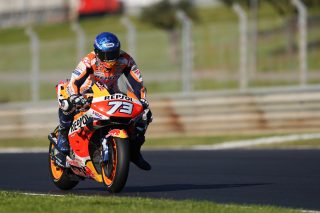 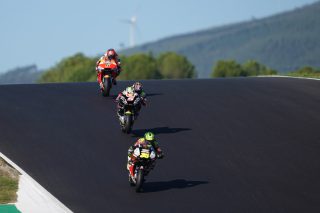 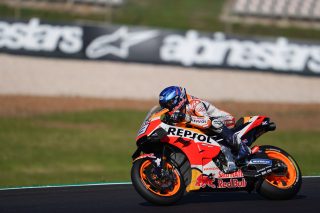 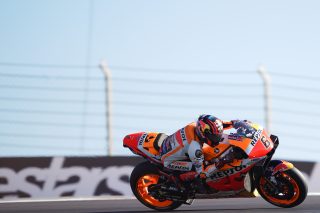 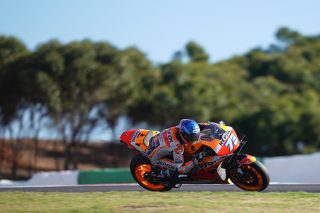 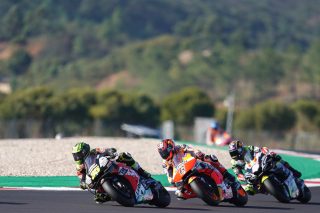 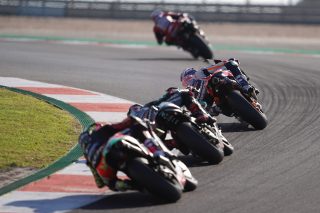 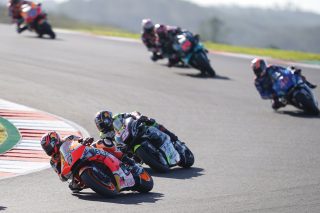 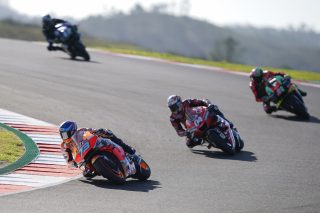 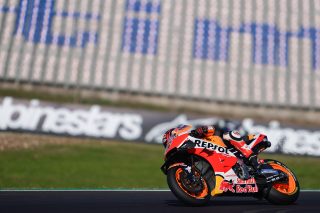 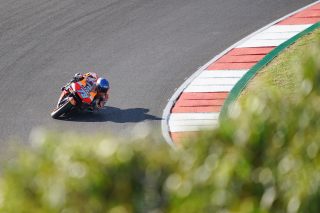 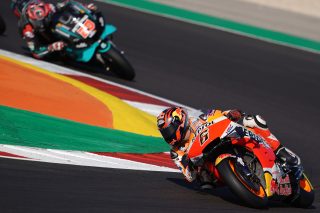 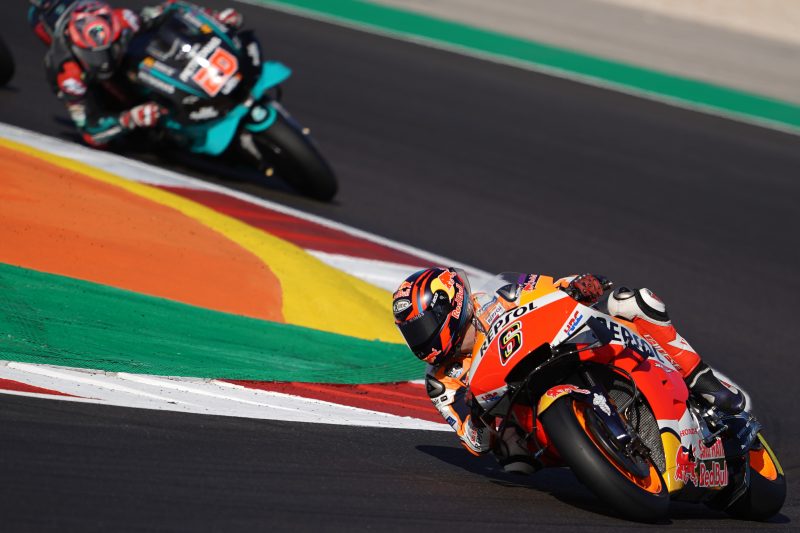