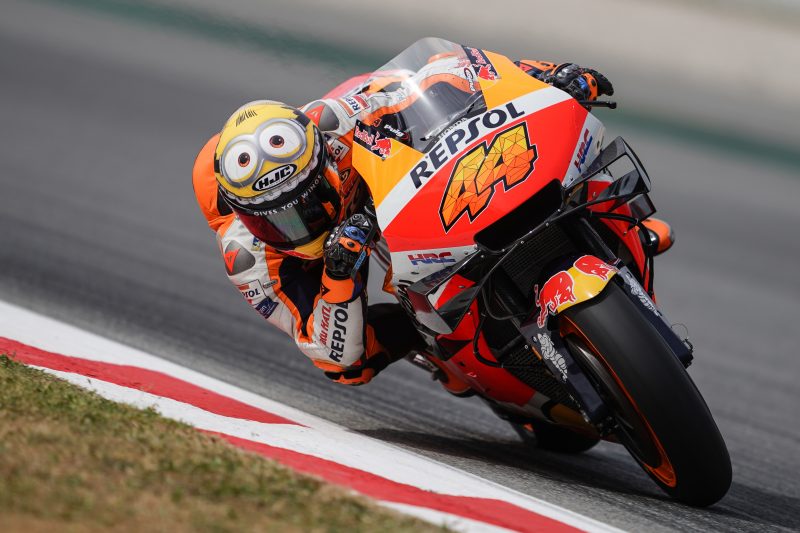 A flying start to the day for Pol Espargaro and Marc Marquez as just a second splits 17 riders in Montmelo.

Friday in Barcelona presented the MotoGP World Championship grid with their first taste of the new Turn 10 on MotoGP machinery. The reaction to the revised corner has been positive with Marc Marquez and Pol Espargaro looking forward to racing it on Sunday. Both sides of the Repsol Honda Team garage quickly got up to speed around the revised layout and went to work with their weekend plans. For the first time since the race here in 2019, a limited number of fans returned around the Barcelona-Catalunya circuit – the sound of their cheers a welcome sound.

Pol Espargaro enjoyed an excellent start to his home Grand Prix, running inside the top three for the entirety of Free Practice 1. It was only in the closing stages that he was pushed back from second to third, ending the session 0.349s off the top time. Free Practice 2 began in a similar fashion with Espargaro setting a top-five time almost immediately. Working through a number of items, the Granollers-native sealed his place in the top ten with a late lap. A 1’39.983 saw him end tenth on the combined times and 0.748s back from Zarco. Saturday’s goal is to improve the one lap pace of his Honda RC213V.

There was no waiting around in Free Practice 2 as Marc Marquez was on the pace as soon as the session began, leading early on and immediately faster than his morning time. The session was a steady one for the recovering eight-time World Champion who ended the day with a best lap of 1’40.120. Although 15th in the standings, Marquez was within a second of the fastest time and only 0.137s off his team-mate. Marquez and his team have identified several key areas to improve upon tomorrow.

Action continues tomorrow first with the crucial Free Practice 3 session at 09:55 Local Time and Qualifying, starting with Q1, coming later in the day at 14:10 Local Time.

“It’s been a strange day honestly speaking. Normally this isn’t my best track because it’s hot with low grip and I’m a rider who prefers different conditions. The times came quite easily in the morning as well as in the afternoon, we were not pushing a lot and the times were coming. But when we put the soft on the rear of the bike, everyone gains extra time but we can’t quite find it so this is where we are suffering at the moment. Aside from this, our feeling is very good and we have started the weekend well. We also have to say well done for the new Turn 10, it’s very nice”

“I struggled a bit today like every Friday, in FP2 I felt a bit better and tomorrow the aim is to do another step. We are here trying to understand the way in which to improve, step by step and making laps of the circuit to understand more. There’s a couple of points on track where I need to work to adjust my position, but compared to the last few races my body feels better. The work done to Turn 10 is very good, it’s a more natural corner and closer to what the rest of the circuit is, I think it’s a good opportunity to overtake in the last laps.” 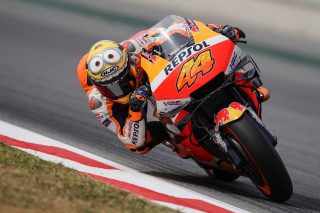 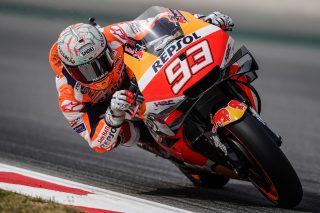 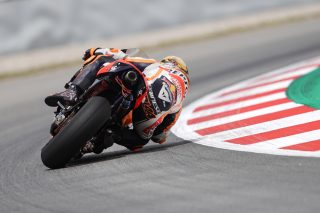 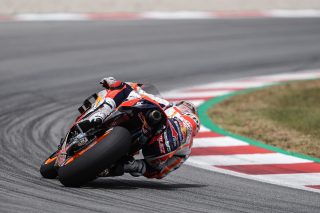 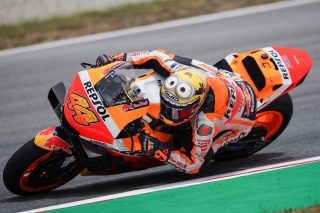 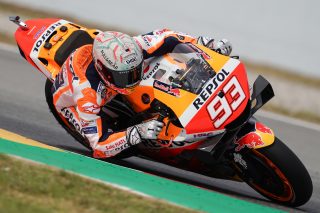 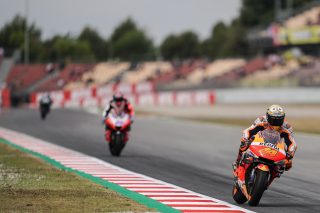 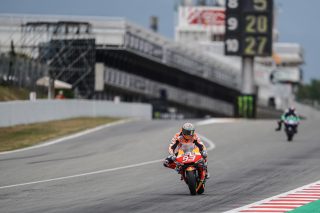 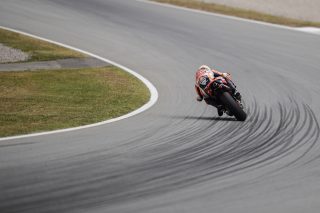 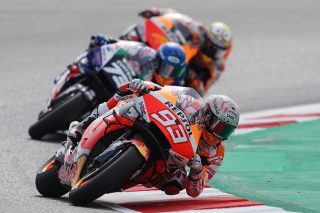 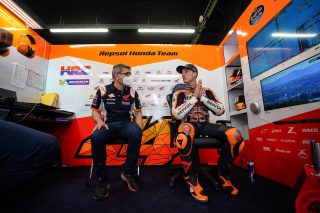 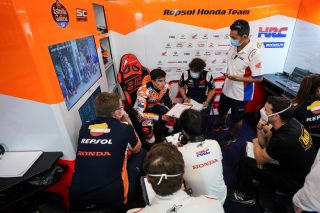