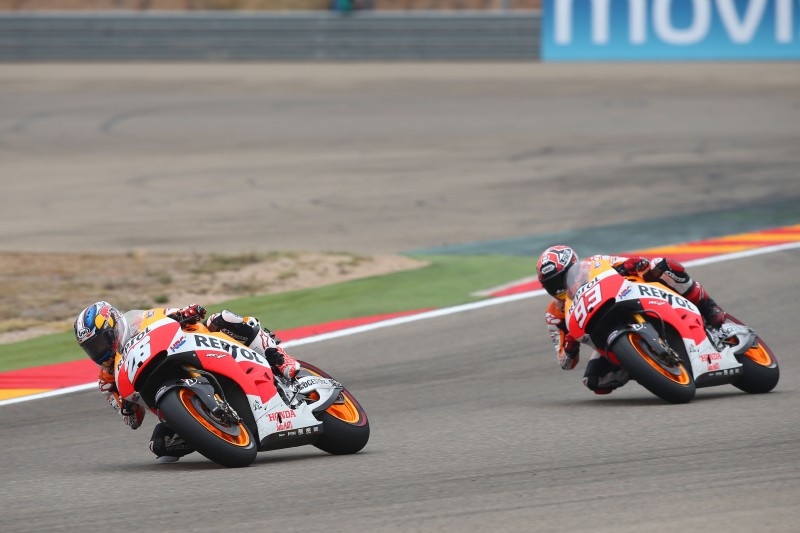 Repsol Honda’s Marc Marquez and Dani Pedrosa today fell victim to problematic weather, crashing in the final laps of the Aragón GP, as Jorge Lorenzo took his maiden win of 2014.

The Spanish duo, who started the race in prime positions – Marc 1st and Dani 2nd – dropped positions in the first lap, Marc crossing the line in 2nd and Dani in 4th. After a brief battle with Andrea Iannone, Marc passed into 1st and a few corners later Andrea crashed, promoting Jorge Lorenzo to 2nd and Dani to 3rd. Jorge took the lead from Marc on lap nine for a few laps before Marc again passed for the lead at turn one on lap twelve, as the white flag was displayed by track marshals, signifying that riders may now swap bikes if necessary.

Marc and Jorge then battled for a few laps, trading the race lead, when the rain flag was shown on the start / finish straight at the beginning of lap sixteen. Dani passed Jorge and proceeded to duel with Marc as other riders began to enter the pits to change bikes, for the wet setup and tyres. The rain was almost non-existent at the back of the circuit, but quite intense on the front straight, and with just four laps remaining both Marc and Dani made the choice to stay out. Dani made a small mistake in turn one and crashed out, then unfortunately on the next lap Marc also crashed. Both riders were able to get back to the pit lane and change the bike, but with two laps remaining it was too late. Marc finished 13th and Dani 14th.

Marc (292) still leads the Championship by 75 points over Dani (217), who is 3 points ahead of Valentino Rossi (214) – who crashed out on lap four – and Lorenzo (202) has closed the gap considerably after his race win. Now the Championship will head East in two weeks time for the three back-to-back races of Japan, Australia and Malaysia.

“Today's race was difficult because I, like many other riders in MotoGP, had never experienced track conditions like this before. It was a shame that it started to rain; if it hadn't, then I think that Dani, Jorge and I would have made the end of the race really exciting for the fans. I think that we did a good job all weekend - it was just a pity about the crash. I tried to hold on because there were only a few laps remaining, but today I learned that in these situations it is better to use a different strategy.”

“It was a difficult race in extreme conditions, but we were able to ride a good first part and were in contention for the win. I made the wrong decision about when to come in to change bikes and didn't make the switch on the lap that I should have. My tyres couldn't hold out any longer and I crashed. Luckily I was able to remount and pick up two points from this race. It is a little disappointing to have gone so far and not taken a good result, but these experiences are useful for learning and heading to the next race stronger.” 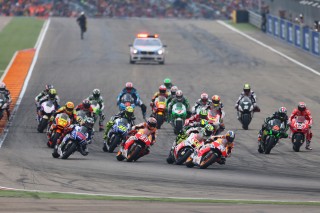 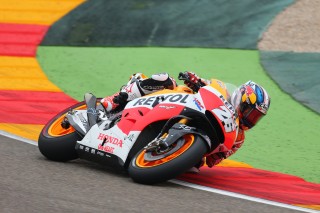 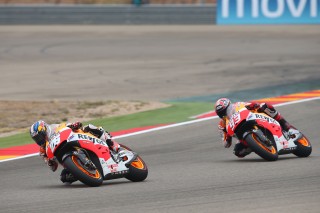 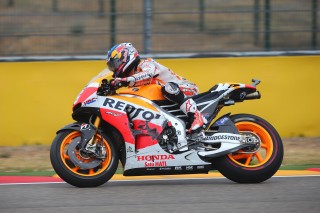