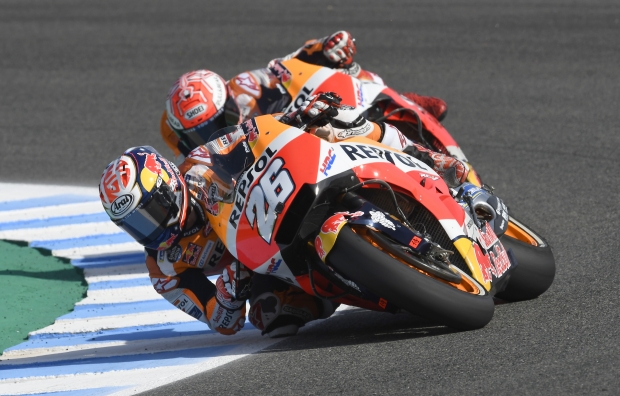 Dani Pedrosa set the second fastest time at the end of a sunny opening day of the Spanish Grand Prix, just 28 thousandths of a second off provisional pole-setter and fellow HRC rider Cal Crutchlow. Dani greatly improved his speed and pace from the morning FP1 session, which he had finished in 14th position.

After setting the second fastest time in the morning, on used tyres, reigning World Champion Marc Marquez wrapped up the day in fifth place, just over two tenths from the top. A small slip-off at turn 6 in the final stages of the afternoon session did not prevent him from completing a good day of work on his race pace.

“This morning I started a bit slowly to test the condition of my hand, and from there I went, step by step, improving over the day, especially in the second session, when I was able to push a bit more. The positive aspect is that I felt better than at the last race, though I’m not yet 100% fit. I have more range of motion, and that allows me to move on the bike better in order to adopt a better position in the corners. What I still lack is full strength, and that still causes me to struggle and prevents me from riding exactly as I wish. Anyway, we did a good FP2 session and we know where we can improve further. I hope we’ll be able to do that tomorrow.”

“I’m generally happy with my first day here at Jerez because I think we did good work. We did a lot of laps on used tyres, and that’s important in view of the race. I had a small crash in the end with a front tyre that already had 27 laps on it, but it was mainly my mistake because I just braked too late into the corner. It seems that the Hondas are strong here, especially Dani, so we’ll see if we can get closer. It will be interesting to see how the tyres react to the higher temperature that’s expected tomorrow. Hopefully we’ll be able to keep a good pace and continue our direction of work, which I think is the correct one. This track is usually a bit challenging for me, but this year I feel good on the bike and am ready to fight for the podium and even the victory.” 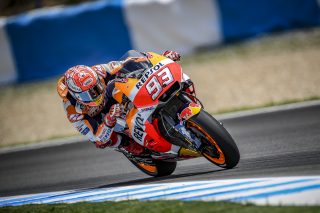 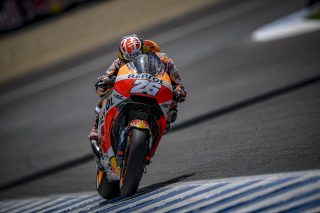 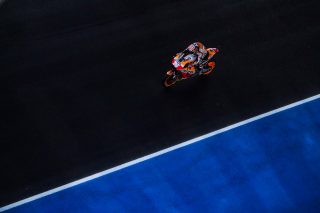 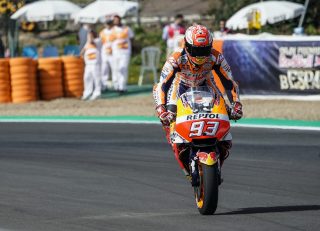 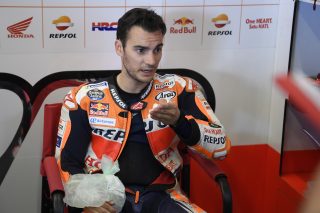 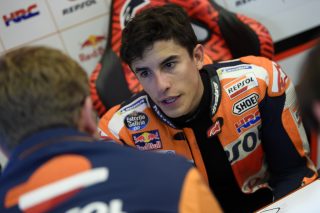 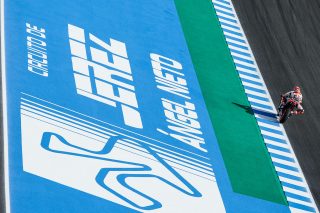 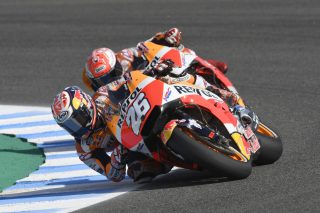 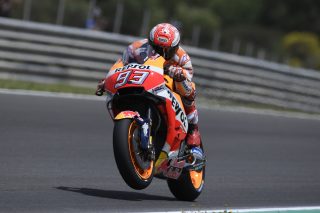 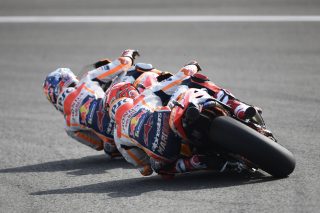 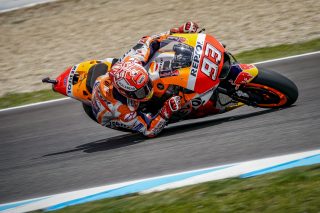 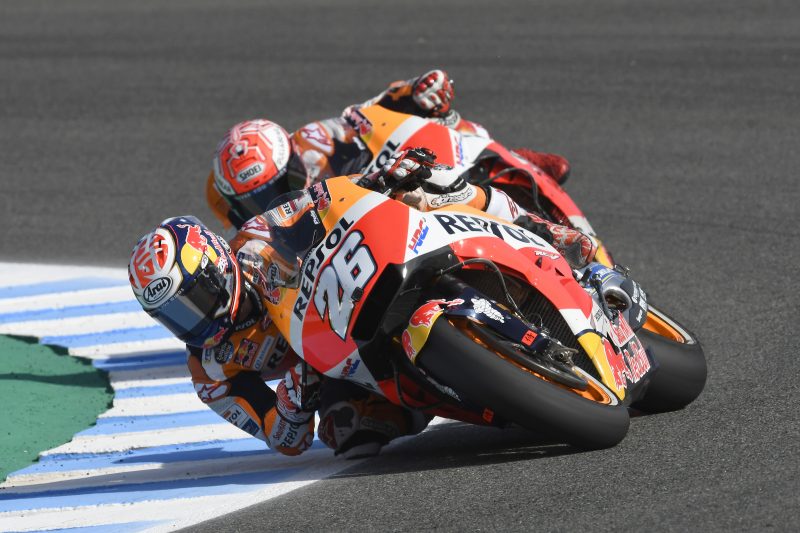