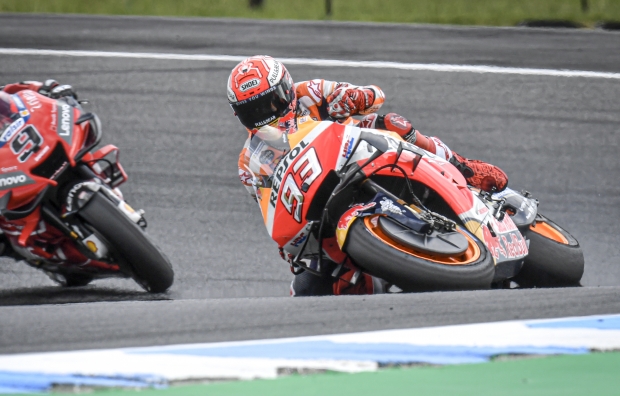 An action-packed Friday in Australia saw Marc Marquez and Jorge Lorenzo battle through changeable conditions for sixth and 16th respectively.

Phillip Island’s famously quick-changing weather gave the MotoGP World Championship a sample of the best and worst conditions on offer at the Australian circuit. In the morning the track reached just 16°C as rain fell until midday. But the lunch break brought better weather, the track warming up to 36°C as pit lane opened for Free Practice 2.

As the forecast remains stormy throughout the weekend, riders made the most of the wet morning session. Third fastest in the rain, reigning MotoGP World Champion Marc Marquez and his crew adapted the Honda RC213V quickly to suit the conditions. Marquez was then quick to head out on track for FP2, eager to maximize his dry track time. A best time of 1’29.421 on his 19th lap of 19 had Marquez finishing the day in sixth spot, within a tenth of second placed Dovizioso.

After some early setup changes, Jorge Lorenzo was able to consistently improve his times in both the wet and the dry. Lorenzo managed a 1’41.958 in FP1 for 18th and improved to a 1’30.706 for 16th in FP2 as he continued to assess various setup changes to suit the fast Phillip Island circuit. A switch to the softer option tyre provided Lorenzo with a significantly improved feeling.

The day finished with an additional 20-minute session, Michelin taking the opportunity to assess tyre options for the 2020 season. Times from the session did not contribute towards the top ten for Q2. Marc Marquez pulled off another incredible save during the Tyre Test Session, lifting his RC213V from 70.8° of lean angle at Turn 10 to the delight of onlookers and fans around the world.

“Our feeling today was not bad, I’m happy. In our fast lap we couldn’t find the best way to have a good lap time but our rhythm is there. Honestly, I’m riding better than I expected because I knew Viñales and Yamaha would be strong here but we are not far from them. We’ll now keep working, it wasn’t a bad first day. Of course the weather is still looking very complicated for the rest of the weekend so we will have to see what happens. Today we broke another record with the save. My brother did a great save in Motegi so I had to try and equal it but I think his is still best! At the end of FP2 I came up to Jorge on my flying lap while he was going slowly, we made a bit of contact but Jorge and I already spoke about what happened.”

“Today we started in the wet and my feeling at the start was OK. In the afternoon I was struggling a bit with corner entry when using the medium tyre, but with the soft tyre I was able to go a second and a half faster straight away. It helped our position at the end quite a lot. Unfortunately, right at the end I didn’t look back to see I had three or four riders behind me, I tried to be as far on the inside as possible but Marc and I were a little too close.” 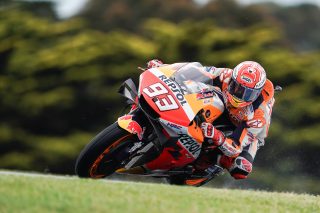 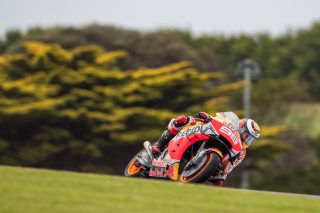 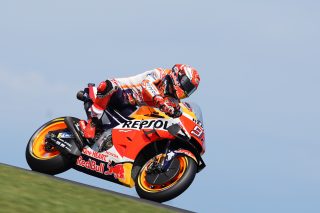 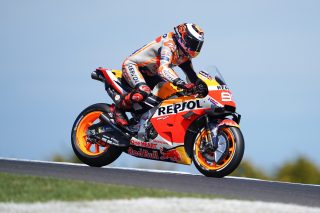 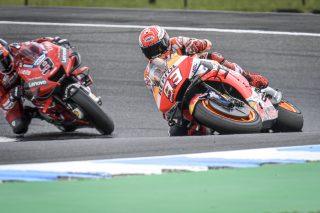 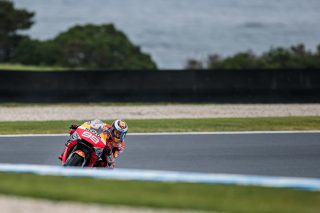 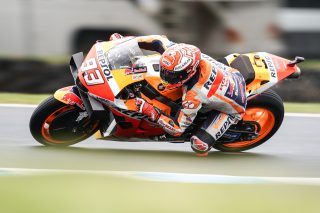 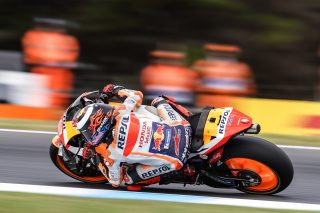 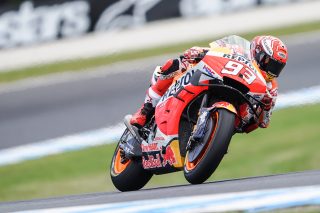 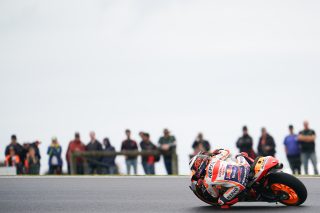 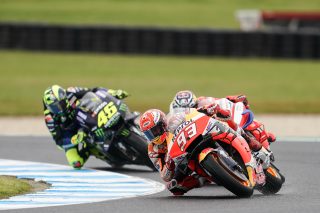 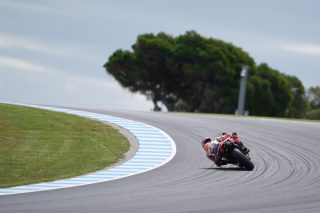 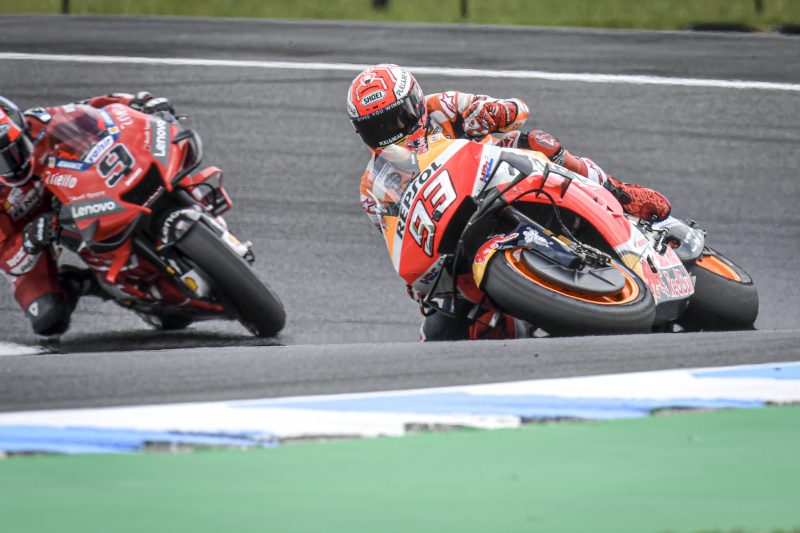