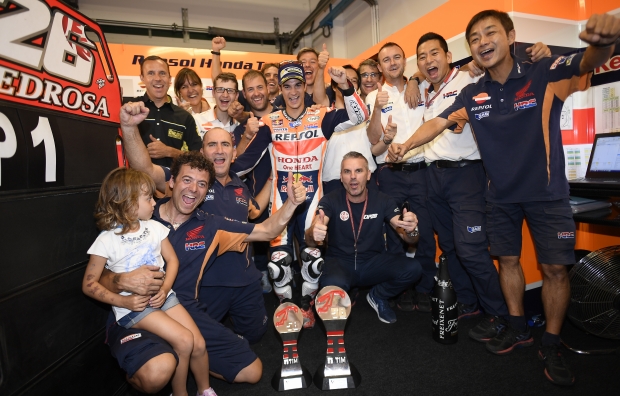 Repsol Honda’s Dani Pedrosa became the eighth different MotoGP winner in eight races today, taking a stunning victory at Misano, his 29th in MotoGP and the 52nd in his career, as well as the 120th for Honda since the start of the MotoGP era in 2002. Marc Marquez struggled with his front end but managed to score an important fourth-place finish, which allows him to keep an advantage of 43 points in the Championship standings.

Dani’s choice of a soft-front and medium-rear Michelin tyre combination proved to be the best one for today’s conditions and for his riding style, as it allowed him to charge through the field at an incredibly fast pace and to set a new track record of 1’32.979 on his way to the victory. Starting eighth on the grid, he was sixth at the end of the first lap and progressively improved his speed over the course of 22 laps, overtaking Dovizioso, Viñales, Marquez, Lorenzo and finally Rossi before crossing the line 2.8 seconds ahead of the Italian to became the fourth Honda rider to win a race this year.

Marc had a much tougher day as he struggled with his hard front tyre, even if he was able to keep a similar pace to frontrunners Rossi and Lorenzo in the first third of the race. Nonetheless, when teammate Pedrosa passed him on lap 14, he realized he couldn’t match his rhythm and wisely settled for the important 13 points that come with fourth place.

The Repsol Honda Team will remain in Misano tomorrow for a private one-day test.

“It was a great race, and it has been a long time since I’ve had these feelings. Even I was surprised by the performance I put in today because I hadn’t expected to go so fast; we were fantastic. The key was the pace; I was able to fight my way through, especially in the final part, and being consistent allowed me to catch the riders at the front. It’s very nice for me to take a victory again, after all the effort made by those who have been with me in this challenging season so far: my family, my team and my fans. It has been very difficult, so I’m very happy for all of them. Today I enjoyed myself, although I was a little worried about the choice of front tyre because I hadn’t used it in hot conditions. In the end we were focused and everything went very well; it was an opportunity we had to take advantage of, and I think we achieved a great victory.”

“Today’s race was complicated and it was perhaps not one of my better days. I went out with great desire and I felt strong, able to recover the ground I had lost in the first few laps and close in on Valentino and Jorge. Then I saw I had problems with the front tyre, because I was losing it a lot. When Dani passed me, I tried to follow him, but I saw that it was more likely that I would crash than finish on the podium, so I concentrated on finishing the race. We have to keep improving, but the positive thing is that we only lost a few points during a weekend that had been good but that we weren’t able to capitalize on in the race. Now we’re very motivated for Aragon.” 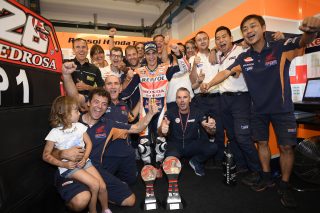 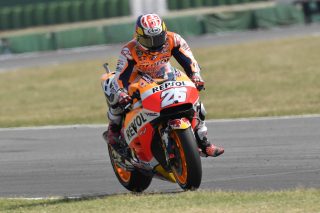 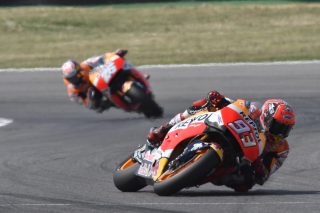 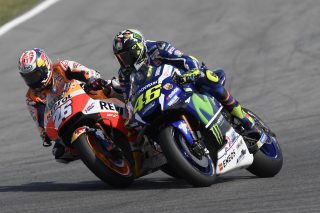 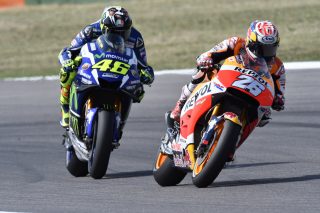 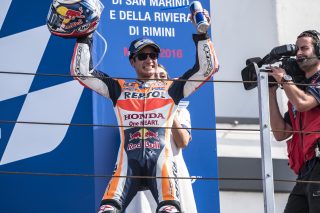 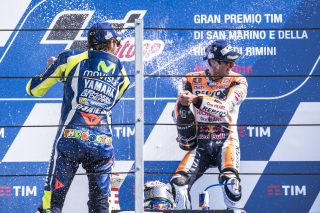 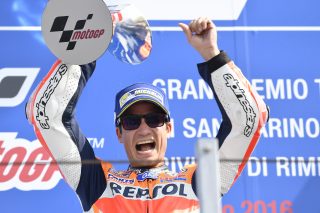 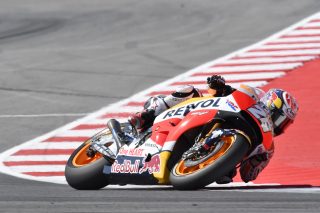 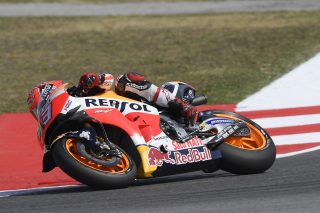 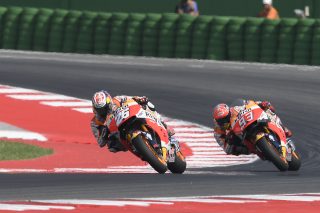 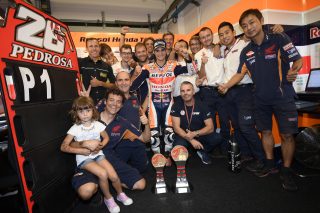 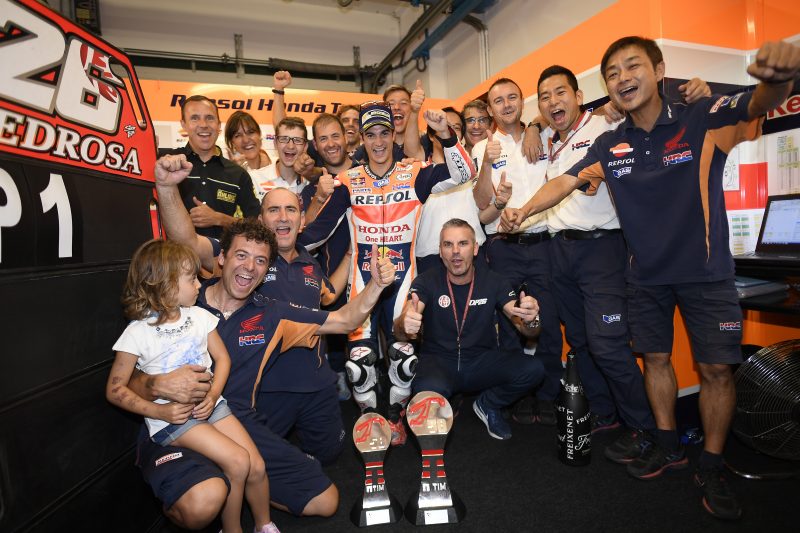