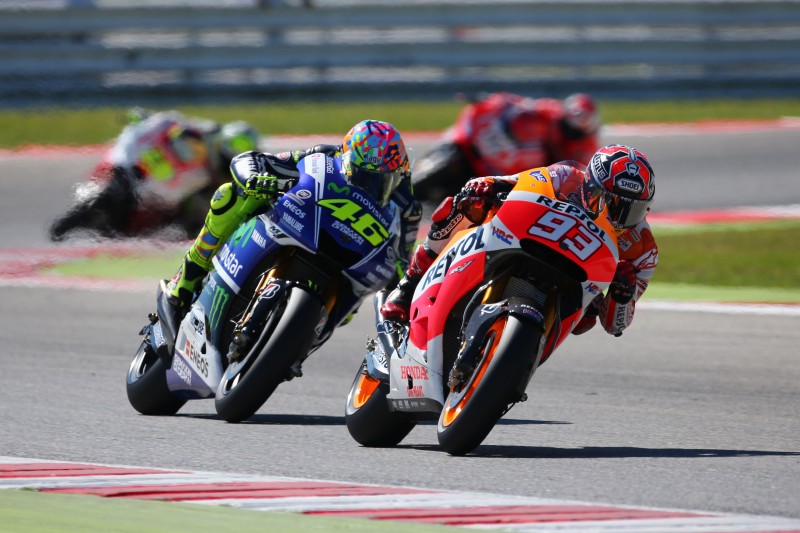 It’s been a difficult weekend for the Repsol Honda Team in Misano but Dani Pedrosa managed to take third place and has now finished in the top five at the last 17 successive races. Championship leader, Marc Marquez, made an uncharacteristic error on lap ten and lost the front. He was able to restart but only managed to climb back to fifteenth and take one Championship point.

After a promising start, Marc steadily progressed up to second, after battling with Jorge Lorenzo and Valentino Rossi. Dani dropped back to seventh from his fifth spot on the grid, but also made his way through the traffic and was up to fourth by lap eight. However, as Marc pushed to try and stay with race leader Valentino, he made a small mistake and lost the front in turn four at a fairly low speed, with the bike spinning out. He was able to pick the bike up but had trouble getting it started again. Finally race marshals arrived and managed to bump start him, but by this point the pack had disappeared.

Marc pushed hard to catch the back markers and was able to match the lap times being set by the from runners, but the distance was too great. He crossed the line in fifteenth and took a single Championship point. Dani meanwhile managed to hold off the aggressive Andrea Dovizioso for twenty-five of the twenty-eight laps finishing 1.234 seconds in front of the Italian and marking his 200th points scoring finish in Grand Prix racing, becoming just the fourth rider of all-time to reach this impressive milestone.

Marc maintains his lead in the Championship, but the gap is now decreased to 74 points over second place Dani, with Valentino now just 1 point behind him.

“Today’s race was a very difficult one, and it was hard to do any more. Marc attempted to keep up with Valentino and Jorge but eventually he crashed trying - they were very strong here. This race also saw many problems for us with the front and rear, so there was little that we could do. From the opening laps I lost a lot of time in traffic, and that affected my entire race. I tried to do the best I could and still had difficulty sticking with Dovizioso, because he also lapped very quickly; eventually we were going as fast as the Valentino and Jorge. Now we have to take the positives from this weekend and hope that for the next race at Aragon, which is a track that I like, we have a better feeling and have a better race.”

“I’m happy with how today went, despite the crash due to my first mistake of the season, because yesterday I did not think that I would be capable of sticking with the Valentino and Jorge. They had a little bit more pace, and today we were able to get fairly close to them. I saw the possibility of fighting with Valentino for the victory, but that was not possible in the end because of the mistake; I was riding over the inside of the rumble strip and that meant that I lost the front. Luckily I was able to rejoin the race, continue with a good pace and score a point that could always come in handy in the future.” 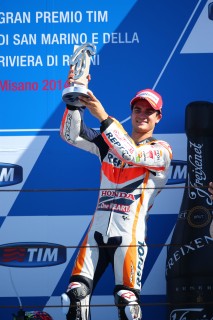 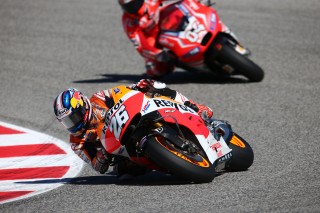 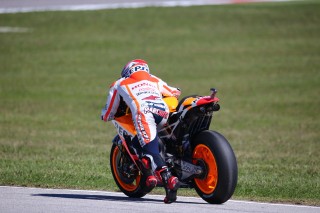