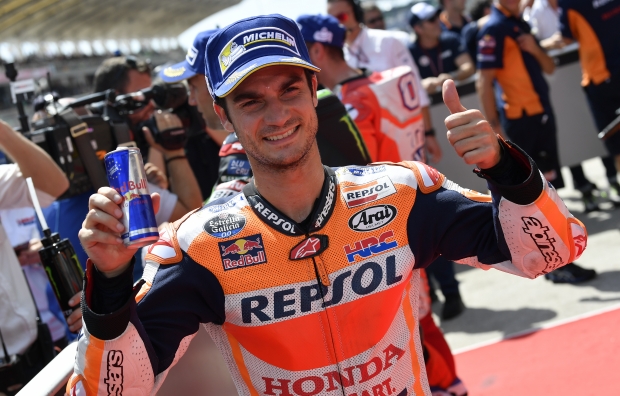 Repsol Honda’s Dani Pedrosa took a fantastic pole position for tomorrow’s Malaysian GP—his third this year, his 31st in MotoGP, and the 49th in his career.

After struggling in the wet on Friday, Dani was able to consistently improve his pace in today’s sunny and hot conditions, setting the third fastest lap time in FP3 and the fifth quickest in FP4 before besting Johann Zarco and Andrea Dovizioso by 0.017” and 0.024”, respectively, in the last minute of an incredibly hard-fought qualifying session.

After ending FP3 in ninth place, Championship leader Marc Marquez found a good pace in FP4, securing the top spot. He also once again demonstrated his unbelievable bike control, saving a front-end slide in turn one, although he was subsequently unlucky in qualifying, crashing at turn 15 during his first flying lap, on which he had been setting the fastest lap as he entered the third sector.

He immediately returned to the garage, mounted his second bike, and recorded what at the moment was the third fastest time. He improved again on his last run, but not enough, and had to settle for the seventh spot on the grid despite having the pace and speed to run at the front.

“I’m very happy with this pole, which is our third this year. It’s a nice feeling because I usually struggle in qualifying, but the track improved a lot with today’s sunny conditions, offering good grip. Both tyres worked very well in qualifying, so I was able to find the rhythm on my first flying lap and set a good time, and then I pushed harder and improved on my second run. I made a couple of little mistakes but it was enough for the pole, which is fantastic. I’m happy for the team, as this pole is for them. We’ll have to see what the conditions are like for the race as we’re still struggling in the wet, so we’re really hoping for the sun tomorrow.”

“We’re not at our best at the moment, but I think our race pace is better then our qualifying position. This morning we made a small mistake with the setup and lost the direction a little bit. Then we sorted things out and I felt really good on the bike again in FP4, but in qualifying I crashed on my first run, which completely changed our plans. I had to take my second bike but I didn’t feel perfect on it, so I did a lap that was good but not good enough. Anyway, we’re not happy with today but not completely disappointed either, as our pace isn’t bad. Tomorrow we’ll try and have a good race. It won’t be easy because here, every time you go on track the feeling is different, depending on temperature, if it rains or not, and so on, so we’ll see what it’s like tomorrow and do our best, like always.” 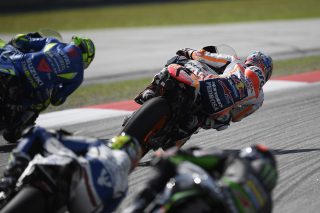 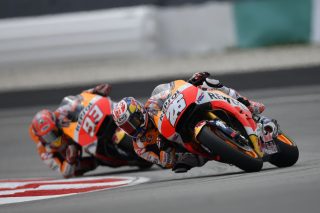 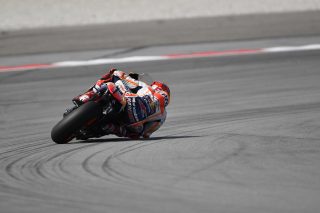 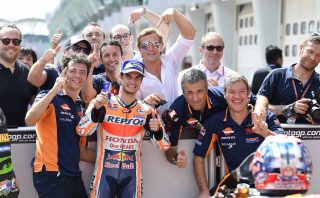 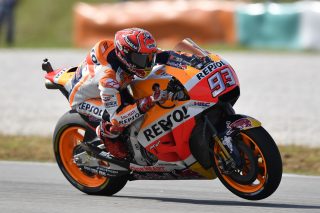 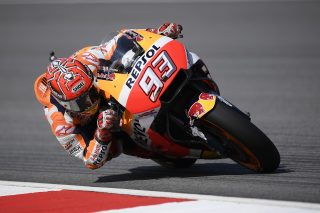 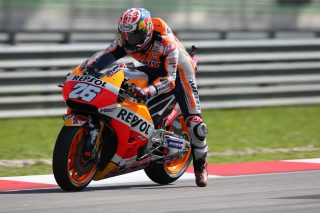 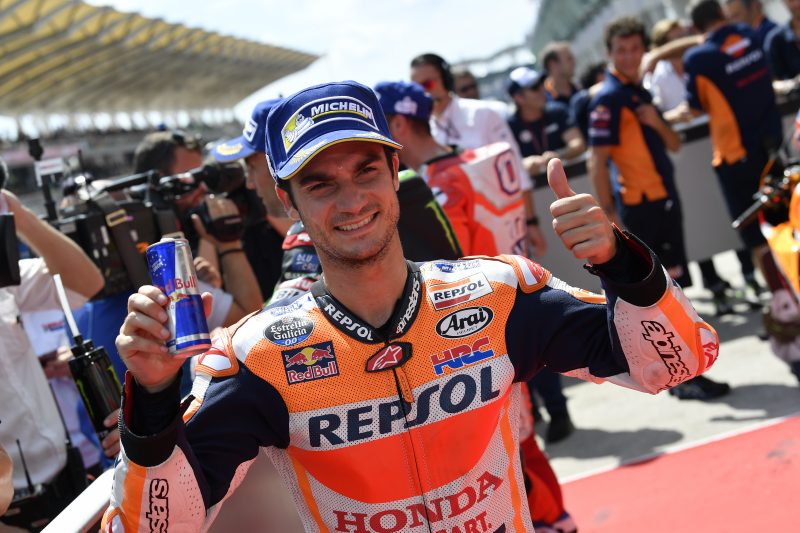